The Atlantic Forest, One Of The Richest In Global Biodiversity, Is Plagued By Wildfires

Dry weather, human neglect and deforestation are responsible for the rising number of fires. 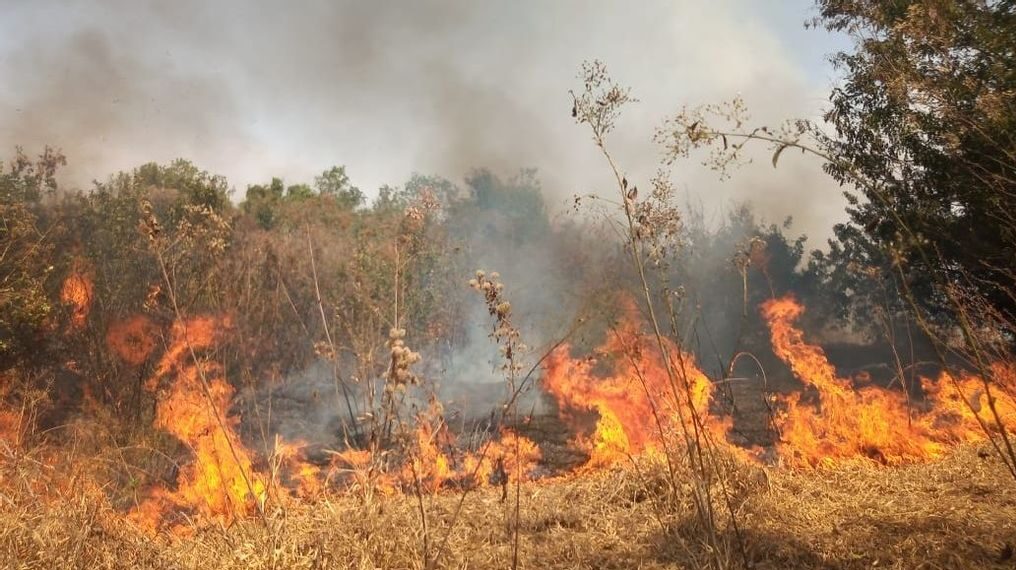 Dry weather and increasing deforestation of Brazil’s Atlantic Forest have left it vulnerable to the lightning-fast spread of wildfires that already occurred in the Amazon and Pantanal forests.

The figure “accounts for 23 percent more fires than in 2020. In the last three years, the satellites verified an increasing number of wildfires in the biome. The worst months tend to be July, August, September and October, when we face severe drought,” Setzer told Zenger.

The Ilha Grande National Park, a protected area in the municipality of Guaíra, on the border of Paraná and Mato Grosso do Sul, caught fire on August 19. Firefighters suspect the forest was intentionally burned.

A falling balloon ignited the forest of the Juquery State Park, in the city of Franco da Rocha, in São Paulo’s metropolitan area, on August 22. The fire destroyed about 2,471 acres, nearly half of the park.

The use of these balloons puts the airspace at risk and is considered an environmental crime.

SOS in the Atlantic Forest

The SOS Mata Atlântica Foundation, a Brazilian environmental NGO that closely monitors wildfires spreading in the biome, claims that most are accidental.

“We have several records of intentional burns … in the Amazon, set by people who deforest hoping to occupy the land. The records for the Atlantic Forest show that most wildfires have been accidental, triggered by balloons, problems in the electrical grid and even people who burn garbage. Fires end up spreading through the forest, losing control,” said Guedes Pinto.

“The Atlantic Forest region in Brazil is extremely dry, especially from July to October. Not only is the forest dry, but all the vegetation surrounding it. Everything ends up becoming flammable, and any spark can result in a small or large wildfire,” he said.

“They are failing to prevent the fires because they are preventable. … The bodies, secretariats and institutes that should take care of the environment have a reduced budget and a small team, with little infrastructure,” he said.

The Atlantic Forest is one of the richest forests in biodiversity on the planet, and many of its species are threatened. The biome currently covers about 15 percent of Brazil’s land, but it used to be larger. Only 12.4 percent of the original forest remains, and 80 percent is in private hands.

Currently, the states most affected by the wildfires in the Atlantic Forest are São Paulo (26 percent), Paraná (23 percent), Santa Catarina (12 percent) and Rio Grande do Sul (7 percent), according to INPE surveys.

The Atlantic Forest municipalities with the most significant number of fires in 2021 are Estrela d’Oeste and Cajuru, in the state of São Paulo, followed by Prudentópolis in Paraná and São Francisco de Paula, in Rio Grande do Sul’s mountainous region, Setzer said.

The Brazilian Institute of Geography and Statistics indicates that Brazil has six biomes: the Amazon, Cerrado, Caatinga, Atlantic Forest, Pantanal and Pampa. The Amazon is the largest, covering nearly 40 percent of the country’s land.