Perfect environment created for wild pandas has made them too comfortable to feel the urge to breed, says report. 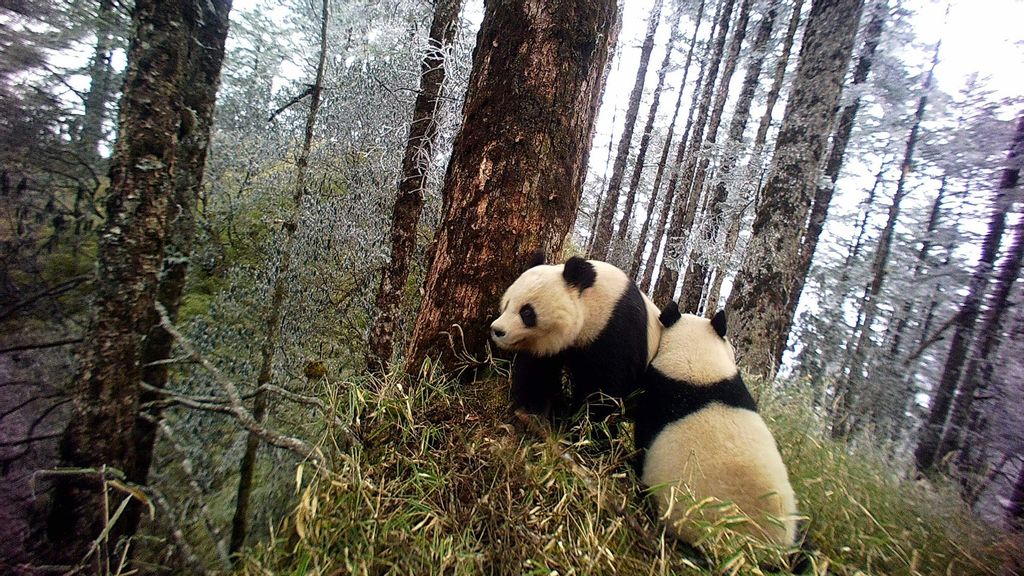 Pandas seen snuggling in the Wolong Nature Reserve in China. Researchers are concerned too much of the good life is making pandas less inclined to mate and thus putting their future existence at risk. (Jindong Zhang, MSU/Zenger)

Too lazy for sex? You might be a giant panda in a cushy nature preserve.

Researchers are raising concerns that when wild pandas live the high life in manmade landscapes, they get too comfortable to bother mating.

No sex, of course, means no offspring, putting the species at risk. The World Wildlife Fund considers the giant panda a “vulnerable” species and says fewer than 1,900 of them remain in the wild.

Research led by Michigan State University scientists found that a panda’s habitat is ideal when it is happy enough to thrive but not so comfortable that it won’t move around or try to reproduce.

The study published in the journal Conservation Biology concluded that creating the “perfect’” habitat may actually be counterproductive because pandas are discouraged from breeding. Moving around to find suitable habitat and new mates reduces the likelihood of inbreeding and promotes genetic diversity.

For the panda population in the study, researchers found “maximum gene flow” occurred when only about 80 percent of the landscape was habitat.

The idea of creating ideal habitats in the wild is one result of climate change and human activity damaging and sometimes destroying the pandas’ natural habitats. But a little adversity is often a good thing for a species’ long-term survival.

Michigan State researcher Thomas Connor said it’s clear that “maximizing the amount of habitat in a landscape can be bad for connectivity and that the research ”suggests a message of hope” for conservationists.

“We can effectively manage panda populations by conserving and restoring habitat to intermediate levels. In other words, we don’t have to create perfect habitat to keep protecting pandas,” he said.

Pandas are famously picky about their habitats, said Connor, partly because they need bamboo to survive. Their natural shyness also drives them away from places where humans might disturb them, and they tend to like cooler temperatures and shallow slopes.

“Our results show it is possible for both pandas and humans to thrive across coupled human and natural systems,” Liu said. All the animals need is a way to get from one patch of habitat to another.

And Connor said he believes a new understanding of what makes for the best panda habitat could be more relevant to other species that are less finicky about where they live and breed.

«Previous Post
Paleontologists Discover Four Dinosaurs In Montana’s Hell Creek Formation»Next Post
The Atlantic Forest, One Of The Richest In Global Biodiversity, Is Plagued By Wildfires