Christian soldiers’ skeletons hacked to pieces in a 13th-century battle have been unearthed by researchers. 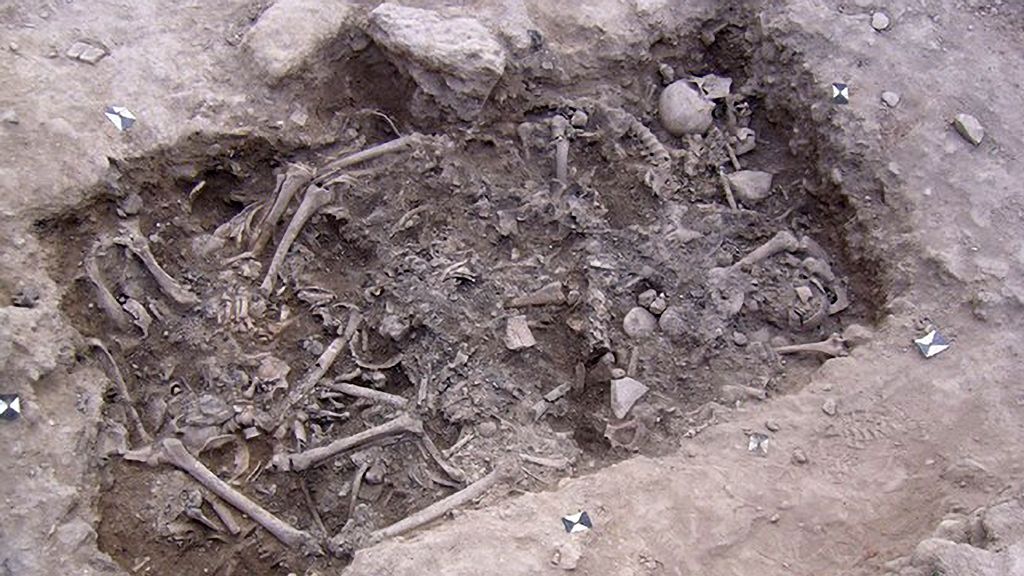 Crusader mass graves from a 13th-century attack on the port city of Sidon in Lebanon. (2021 Mikulski et al./Zenger)

Archeologists in southern Lebanon have found the skeletons of 25 men killed during the 13th-century Crusades, in two mass graves. The bones, discovered at St. Louis Castle in Sidon on the Mediterranean coast, showed the marks of wounds inflicted by swords, arrows and spiked maces.

Many of the injuries faced the men’s backs, suggesting the fighters may have been killed while fleeing.

“When we found so many weapon injuries on the bones as we excavated them, I knew we had made a special discovery,” said Richard Mikulski, lead author of a study on the findings published in the journal PLOS One and an archeologist at Bournemouth University in England.

“All the bodies were of teenage or adult males, indicating that they were combatants who fought in the battle when Sidon was attacked,” Mikulski said.

“One individual sustained so many wounds (a minimum of 12 injuries involving a minimum of 16 skeletal elements) that it may represent an incident of overkill, where considerably more violent blows were applied than was actually required to overcome or kill them,” according to Mikulski and his co-authors.

In 1253 Mamluk troops, a slave army that ruled parts of modern-day Egypt and Syria for more than two centuries, attacked and destroyed the Sidon castle. Mongols destroyed the castle again in 1260, historical records show.

Between 1095 and 1291, European Christians took up arms and marched to the Middle East with the objective of taking back the Holy Land from Muslim forces. Large numbers of these Christian crusaders never returned to Europe, and many of their bodies were dumped in mass graves.

“The remains from the Sidon Castle excavations were first identified as crusaders based on the inclusion of European style belt buckles and a crusader coin within the graves,” the Cambridge University Department of Archaeology said.

“DNA and isotope analyses of their teeth further confirmed that some of the men were born in Europe, while others were the offspring of crusader settlers who migrated to the Holy Land and intermarried with local people.”

Martin Smith, a Bournemouth University biological anthropologist, said it “took a huge amount of work” to disentangle the bones and establish the pattern of wounds they sustained.

“The way the body parts were positioned suggests they had been left to decompose on the surface before being dropped into a pit sometime later. Charring on some bones suggests they used fire to burn some of the bodies,” said Smith.

Piers Mitchell of the University of Cambridge, the study’s expert on the Crusades, said it is “incredibly rare for archeologists to find the soldiers killed in these famous [Crusade] battles. The wounds that covered their bodies allow us to start to understand the horrific reality of medieval warfare.”

Mitchell said King Louis IX of France was on a crusade in the Holy Land at the time of the attack on Sidon in 1253.

“He went to the city after the battle and personally helped to bury the rotting corpses in mass graves such as these,” Michell said. “Wouldn’t it be amazing if King Louis himself had helped to bury these bodies?”

«Previous Post
Whatever You Do, Don’t Peck A Fight: Prehistoric Penguin Was Nearly As Tall As Some Men»Next Post
The Rites Stuff: Archeologists Unearth Tools Tied To Ancient Egyptian Fertility Ritual