The nonagenarian’s latest directing/acting role is a rumination on how best to be a man. 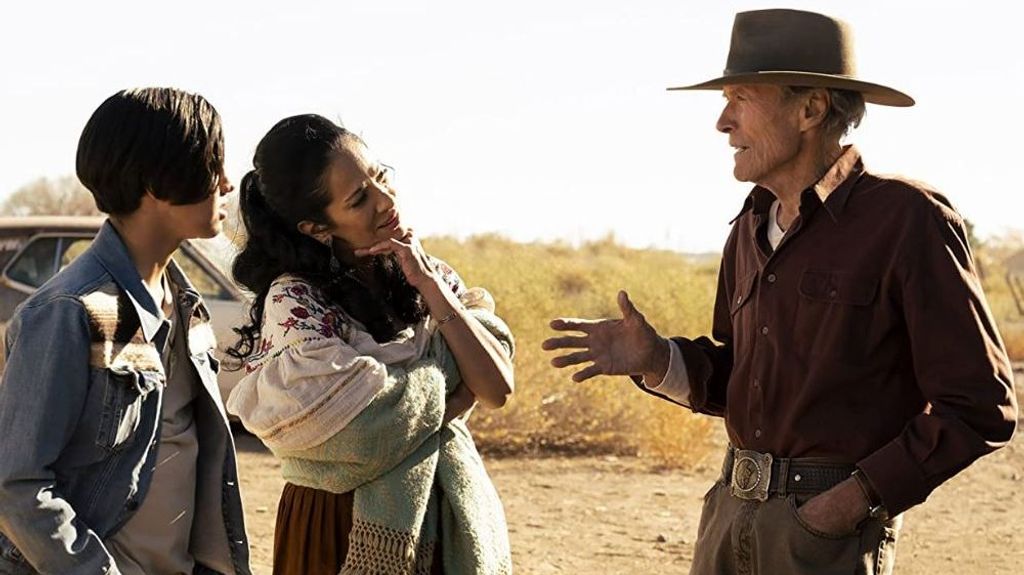 The legacy of Clint Eastwood has been set in stone with a resume that few in the history of Hollywood can even begin to touch. But at 91 years of age, the question has to be asked, have we reached the end of the road for Eastwood?

Not yet. Eastwood has not slowed down a bit in his advanced years, working both in front and behind the camera and his results have been pretty strong. He’s recently directed award-nominated films such as “Richard Jewell” and “Sully” that have added to his resume as one of Hollywood’s all-time greats. Eastwood’s directing style is as straightforward as they come, with bare-bones storytelling that is clean and right to the point.

His latest project, “Cry Macho,” was 40 years in the making. Based on N. Richard Nash’s novel of the same name, Eastwood passed on the project in the 1980s. Years later, the film was almost made with Arnold Schwarzenegger, until his affair with his housekeeper came to light and shelved the movie for another decade. Eastwood finally agreed last fall to produce, direct and star in the film.

Most films set in Mexico deal with drug cartels and plenty of violent outbursts. Eastwood takes a different route, with the meat of his story being a coming-of-age tale on both sides of the border.

The Story: Mike Milo (Eastwood) is a former rodeo star who has been forced to retire due to a severe back injury. His boss, Howard Polk (Dwight Yoakam), fires him for not being fit enough to compete, but a year later, hires Mike to travel to Mexico City and find Polk’s 13-year-old son, Rafo (Eduardo Minett) who lives with his mother.

Mike enters Mexico and finds Rafo’s mother Leta (Fernanda Urrejola), who tells him that Rafo has turned to a life of crime by participating in cockfights. Mike soon finds Rafo and intrigues him with the possibility of seeing his father’s Texas ranch. Leta is none too happy with her son going back to the other side of the border, and orders some men who work for her to find him and bring him back.

Mike and Rafo are now on the run in Mexico, looking to lie low until it’s safe to escape. It is here that Mike discovers Rafo has suffered from a complete lack of a positive male role model and tries to fill the void for him in the short time they have together.

Bright Spots: For years, Clint Eastwood has been one of the last bastions of American exceptionalism in cinema, and he has done it by emphasizing individualism and traditional values. “Cry Macho” is set in the 1980s in order to tell the coming of age story of a young Hispanic male learning the virtues of responsibility and manhood.

In the story, Rafo comes from what is clearly a broken home. His father is absent in the United States, while his mother opts for a rogue lifestyle. As a result, Rafo turns to cockfighting. While the sport is frowned upon in the States, in Mexico many who participate take great care and pride in their animals. Mike sees the opportunity to help Rafo see the value in people and move him on a path of positivity.

There are many callbacks to Eastwood’s past Westerns that make the film feel like a closing chapter for him in this genre. At its heart, Eastwood uses “Cry Macho” to teach the younger generation what it means to be a man versus the true definition of what it is to be macho. The portrayal of the story exposes the flaws in the movie.

Weak Spots: The biggest problem is in the acting, which is mainly due to the inexperience of the younger actors and the advanced age of the others. It takes a while for Eastwood to settle into his role early in the film, and he looks and feels every part of 90. At one point, Leta tries unsuccessfully to seduce Mike by asking him to have a drink with her in bed, despite the fact that Eastwood is old enough to be the father of the father of her child.

Minett, the teen actor from Mexico who plays Rafo, struggles at times to deliver believability in his role, especially in scenes that require him to portray anger at those around him. Natalia Traven plays the role of Marta, who becomes Mike’s love interest toward the end of the movie. The angle has its charm but comes a little late, causing the narrative to fall apart. There isn’t much to the story beyond the premise; don’t expect big action shootouts or a melodramatic film about life in Mexico.

The Takeaway: “Cry Macho” is a middle-of-the-line work in the grand scheme of Eastwood’s massive filmography, but there is enough classic Eastwood here for fans of his films to enjoy. If this is Eastwood’s last role in the Western genre, it is a solid work for a guy still kicking in his 90s.

See or Skip: “Cry Macho” is one of the better films to be released on the HBO Max streaming service and an original film worthy of a watch.