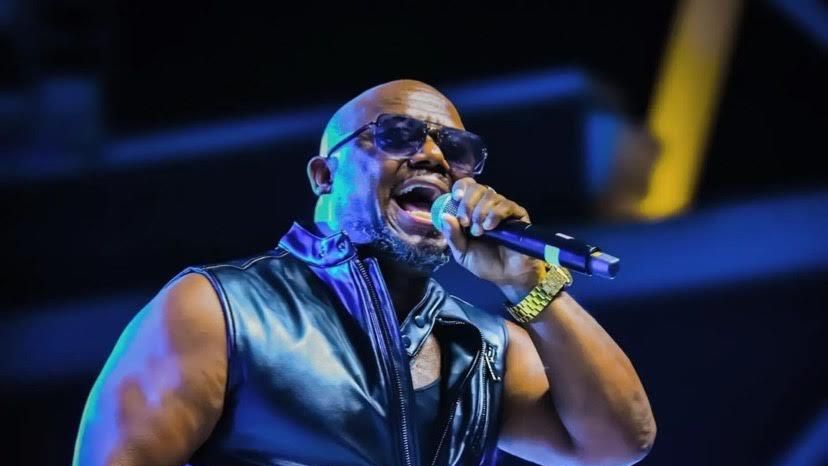 Gary “G7” Jenkins plans to release his latest project, “G7 No Parole,” by the beginning of November. (Kimberly Jane)

Peeling back the layers of Gary “G7” Jenkins’ musical talent could be an endless process. Jenkins — also known as Lil G from famed R&B group Silk — is back in the studio working on his solo album, “G7 No Parole,” a title which symbolizes his devotion to making music.

His first single, “That’s My Baby”, provides authentic R&B lovers with a sense of relief by delivering offering a sound that’s seemingly absent from today’s genre. Feeling as though his supporters have waited long enough, Jenkins plans to release “G7 No Parole” before the holiday season.

With more than 30 years in the industry under his belt, Jenkins admits that life keeps him connected and inspired to continue using his gifts.

Zenger News talks with Jenkins about “G7 No Parole,” his collaboration bucket list and which Verzuz battle he enjoyed the most.

Zenger: What an honor: The new single is available. It provides a sound I’ve been missing. What made “That’s My Baby” the lead single?

Jenkins: Man… just the way we started putting that thing together, my dude, producer extraordinaire Mr. Jhot Scott. He was playing a track, and he wanted me to add some guitar to it, right. When the beat came on, I strapped on my guitar, I started listening to it, and I said, “This dope.”

So, I started doing my little riffs or whatever. The more I got to playing the song, the more I started grooving to it, and then lyrics started popping in my head. Soon after I got the guitar part laid, I said, “Put the microphone up. Let’s go.” I didn’t even put it down on paper. I went right off my head. I wrote the song, did all the vocal parts and it just came together. It was so fire the way it just came together.

Zenger: Sounds like when a baseball player knows he got the perfect swing, or when that basketball player leaves his hand in the air after a shot.

Jenkins: Yes! I had done some other stuff, too, but when we started that one, and it started coming together, I got a feeling, man. I said, “This is the one.”

Zenger: It’s that R&B that’s not afraid to tell a woman how you feel about them, and we miss that. Trust me.

Jenkins: That was my intent and that’s what you can expect to hear from me, because I’m taking it back to true R&B. Ninety-five percent of R&B is about who?

Jenkins. The women. There you go. And with music today, some of it I like, some of it I love, and some of it I’m not crazy about. Our music used to uplift the women. We used to praise the woman and make her feel like she wanna give you those panties (laughing).

Zenger: I could thank you for many nights during my younger days (laughing).

Zenger: When I watch you speak about music and obviously through your vocals, that passion is real. What’s the driving force behind that 30 years later?

Jenkins: Life! Not everybody is afforded this opportunity. I thank God every day for every instrument that he’s allowed me to play, for giving me this voice and for allowing me to continue to have the same voice and to keep it safe and proper. Music is my life. I’m calling my album, “G7 No Parole.” G is the seventh letter of the alphabet, I’m the seventh child, and seven is the number of completion.

And I said, “No parole,” because I’m sentenced to life in music. I’m not getting out. That’s the whole process behind my whole album, to bring real raw music back to the way it used to be back in the day. From the ’70s, to the ’90s, up to the 2000s. You know what that era was.

Zenger: Now that you are serving this life sentence, what’s the creative process to “G7 No Parole”?

Jenkins: You can expect instruments, collaborations, my writing abilities, my production abilities, along with Jhot, other fire producers, Wally Morris, Chip. I’m trying to do it all. I got a couple of rappers on there that I will be giving an opportunity to later on with my company and bringing them along. I have a live band that I plan on doing some things with called Salty Suga. I got some big ideas. I’m bringing that whole vibe back.

Zenger: You are a musical cheat code because not only do you have the voice, but you also play several instruments, and are an amazing writer. What makes you branch out and not do it all yourself?

Jenkins: I’m one of those who likes to spread the wealth. I believe that there is room in this industry for everybody. I believe there is power in numbers. Somebody can always do something a little different than you and give you a different feel. Some songs just hit me like that, and I have to go ahead and do it right then. Or Jhot will tell me, “You need to play that, bruh.” Sometimes I’ll call him in quick and be like, “Put your flavor in for me.”

Zenger: Are we going to have to wait on “G7 No Parole,” or is it coming soon?

Jenkins: I’ve had the people waiting long enough. That’s why I did the single release and the video on Sept. 7. Shout out to Jazsmin Lewis, who was my leading lady. And to Free Boogie, who shot the video for me. He called himself “Quarantine Tarantino.” It was a great experience. I’m probably going to do one more single after “That’s My Baby,” and then I’m planning on having the whole project ready for Nov. 1, or maybe sooner, like the end of October.

Zenger: It’s crazy how many legends name H.E.R. as someone they would like to work with or whose music they love. She’s special.

Jenkins: She’s real special. You got some other ones out there; Summer Walker is good. There’s just something about H.E.R., though.

Zenger: Did you still enjoy the process of creating “G7 No Parole”?

Jenkins: Ah man, yes! Anytime I’m able to put my creative juices out there in the synergy, I’m right with it. It’s something I can’t get rid of. I can’t put it away. Sometimes it will wake me up while I’m sleeping. I did this song in Memphis, it’s called “I Am Amazing.” You can see it on my social media. There was a young lady, Tenia, and she had cerebral palsy. Her dad asked me to come over to the house and sing “Happy Birthday” to her. They had the news channel down there in Memphis. I just took to her.

I adopted her as my little niece. Her mother is a gospel singer, JustTina. Something came to my mind—  I said, “We need to do something in honor of Tenia.” I said, “I’m going to do a song.” I came home to Atlanta, and I was in the bed sleeping. At about 5 in the morning, it hit me like a ton of bricks. I woke up and the words just started flowing. I started writing them down. I went downstairs to my studio and started putting it together.

Zenger: Great story. However, I can’t let you go without bringing up these Verzuz battles.

Zenger: You already know where I’m going with this.

Zenger: Silk Verzuz Jodeci. Do you enjoy that?

Jenkins: That’s what I’m talking about, man. I’m digging them, dog. They are fire.

Zenger: I love the R&B Verzuz battles because it went from being a competition to a celebration. That seems to have started with the R&B side of things.

Jenkins: That’s it right there! It did become a celebration. That Isley Brothers/Earth Wind & Fire Verzuz was the beginning of that — it was amazing.

Zenger: It has been an extreme honor, the single is amazing, and I’m sure the entire project will follow suit. Is there anything else you’d like to add?

Jenkins: Tell everybody to keep up with me on my social media pages. My website will be up really soon.