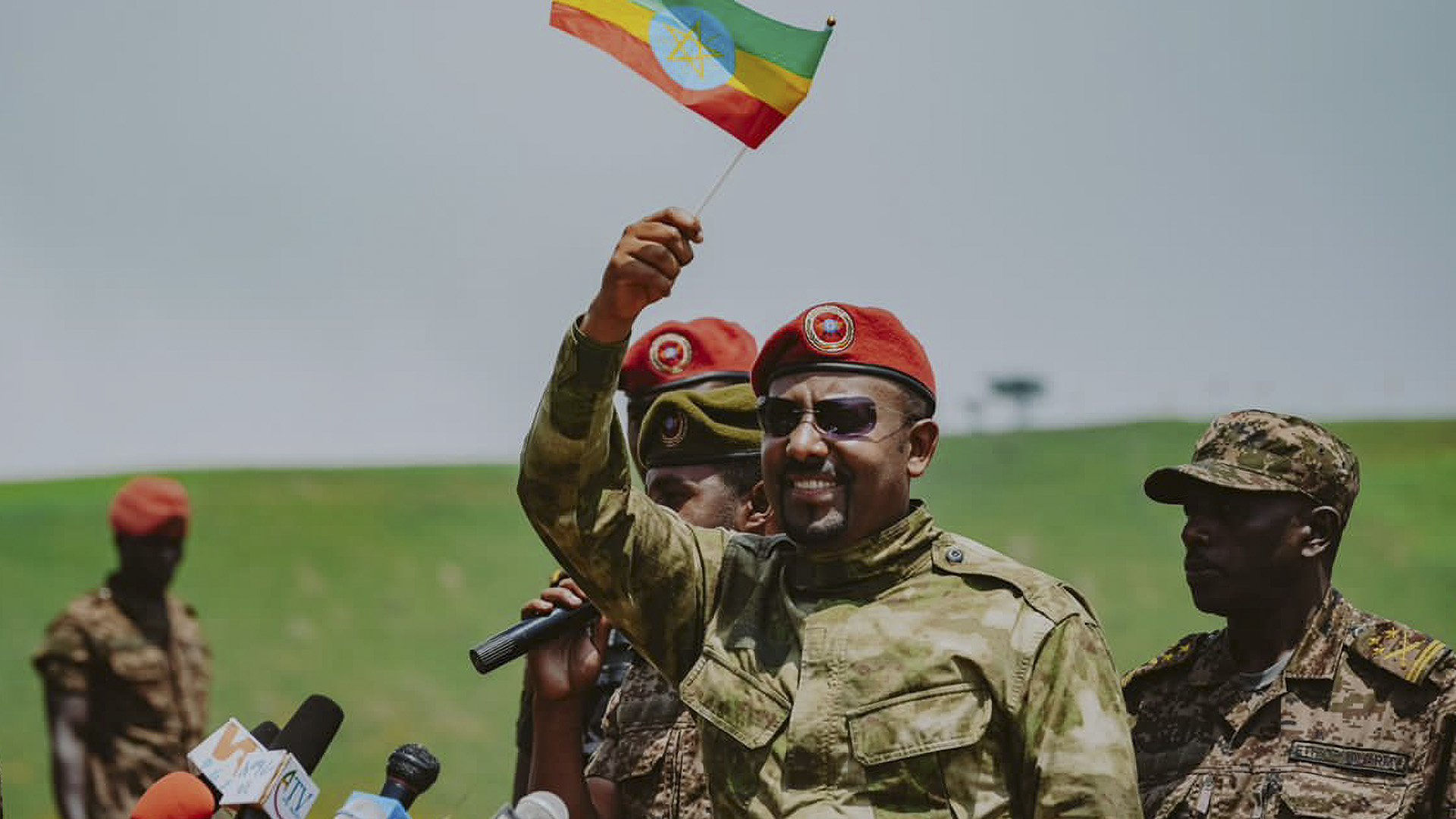 Ahmed visited Turkey on Aug. 18 at the invitation of President Recep Tayyip Erdogan to mark the 125th anniversary of the establishment of diplomatic relations between the two countries, a statement from Turkey’s communications directorate said.

Erdogan said he is willing to act as a mediator in the conflict.

“If the situation deteriorates, all countries in the region will be affected,” Erdogan told a joint media appearance with Abiy.

The two leaders witnessed the signing of military cooperation agreements and an undisclosed military financial deal.

Abiy then traveled to Uganda and Rwanda on Aug. 29 and discussed “issues of mutual significance” with presidents Yoweri Kaguta Museveni and Paul Kagame.

He then visited President Macky Sall of Senegal on Sept. 7 and Ghanaian President Nana Akufo-Addo the following day.

“My appreciation to President…Addo for receiving my delegation and I at the Presidential Palace in Accra today to discuss a wide range of issues. Ethiopia and Ghana will work closely on bilateral and African issues of common interest,” he tweeted.

Political and security analysts say Abiy’s trips have got to do with the worsening conflict in Tigray.

“Plan is to launch massive new offensive when the dry season starts in October, using Turkish drones, recruits, plus Eritrea.”

The United Nations Secretary-General António Guterres warned of a “humanitarian catastrophe” as the conflict spreads to other country regions.

“And the level of human suffering is growing — with serious political, economic and humanitarian implications for Ethiopia and the broader region,” he told the United Nations Security Council on Aug. 26.

He said Tigrayan forces have since expanded into neighboring Amhara and Afar regions where fighting has escalated, drawing in regional armed groups.

“At least 400,000 people are living in famine-like conditions, he said.

“A humanitarian catastrophe is unfolding before our eyes. More than 2 million people have been displaced from their homes, and millions more are in immediate need of life-saving humanitarian assistance, including food, water, shelter, and health care.”

Consequently, the international community has pressured Abiy to hold talks with his rivals, the Tigray People’s Liberation Front rebels, categorized by his government as a terrorist group.

However, Museveni is the only regional leader Tigrayan rebels would listen to, according to Mwambutsya Ndebesa, a historian and lecturer at Uganda’s Makerere University.

“Museveni is renowned for his wide knowledge of regional security affairs,” he told Zenger News.

“And he has fought for Ethiopia’s national interests for long, including in its disputes with Sudan and Egypt over the Grand Ethiopian Renaissance Dam.”

Indeed, a fortnight after the conflict began, Museveni tweeted that he had met Abiy and offered to mediate between the warring parties. Still, Ethiopia’s foreign ministry declared his claim as “inaccurate.”

Nonetheless, Museveni and Abiy enjoy a close friendship. Museveni awarded Abiy with the Most Excellent Order of the Pearl of Africa medal, Uganda’s highest honor for a head of state, during the 2018 National Heroes Day.

However, the lack of a coordinated regional, continental or international response to the Tigray conflict, which Addis Ababa terms a “security operation,” has seen the conflict rage on without signs of ending.

Abiy sent his envoys on shuttle diplomacy to Kenya, Uganda, Somalia, and Djibouti in December 2020 to push back against any regional intervention in the Tigray crisis.

The African Union has avoided debating the situation because Addis Ababa’s friends have blocked it from being comprehensively considered at the United Nations Security Council.

“We need neutral troops to protect Tigray because the African Union is divided and the Ethiopian government is misbehaving,” David Matsanga, an African affairs expert, told Zenger News.

“The Ethiopian government aligns with Eritrean troops to kill innocent people in Tigray, and African governments should do something, not just standby.”

However, the Tigrayan rebels rejected his role as a mediator in the conflict.

“One, [Mahamat] or the [African Union Commission] have yet to withdraw their official support for Abiy’s “law enforcement” war in Tigray,” tweeted Getachew Reda, the rebels’ spokesman.

“Equally important, the [African Union Commission] still has not fully recognized the genocidal campaign against the people of Tigray for what it is. Solving a crisis at the very least requires acknowledging the existence, let alone the magnitude of the problem. Unless the [the African Commission] chair can answer these in the affirmative, it would be naive to expect this mission to work.”

A unilateral ceasefire Abiy announced on June 28, but rejected by rebels, has done little to quell the conflict, which has since spread to neighboring Afar and Amhara provinces.