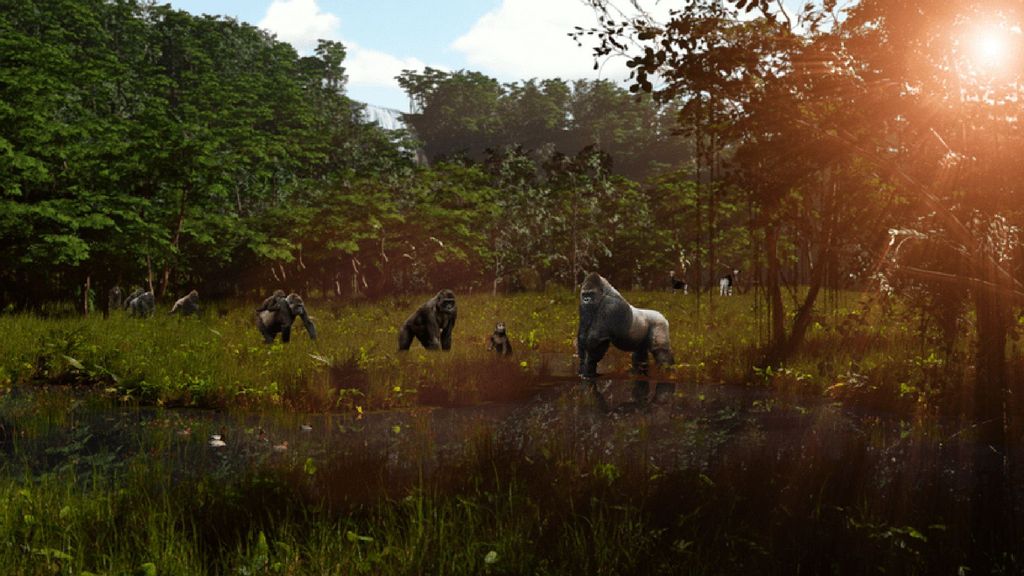 A Swiss zoo is redefining the future for animal habitats, creating a space big enough for lions to roam and tall enough to include the highest jungle trees, with flocks of birds able to engage in group aerobatics without hitting the ceiling.

Zoo Zurich is building on its previous success with creating habitats as it plans for the next stage: constructing 11 large-scale habitats by 2050 across nearly 67 acres of land.

A video of the planned project suggests the new habitats will look like a real-life Zootopia, the fictional city featured in the Walt Disney animated film of the same name where animals from different habitats live in four separate zones.

A theme park adaptation of Zootopia City is already scheduled to be built at Shanghai Disneyland Park, but Swiss plans for a real-life animal-friendly version will include attractions such as a lake with an underwater passage to a Congolese primeval forest.

To restore ecological equilibrium, he said, a fundamental shift is needed in many areas. “We get our vision from this purpose for society as a whole: a world for animals and people. For the next 30 years, this vision will drive our efforts [at Zoo Zurich],” he said.

Some of the exhibits planned include Masoala Rainforest and Lewa Savannah, setting new standards in animal husbandry and zoo visitor experiences.

The zoo emphasizes three-dimensionality, considering not just the total land covered but also the height and depth of each habitat.

The zookeepers said the large aviaries would create height, while large bodies of water would create depth, increasing the viewpoints from which visitors can enjoy the wildlife at the zoo and expanding the possibilities for the animals.

The first of the new projects to receive approval will be the Pantanal Aviary, which opens in 2025, and Congo, opening in 2029.

“You will be at eye level with [big] flying parrots in the Pantanal Aviary. In the Congo, gorillas and okapis may be seen grazing in a vast rainforest clearing in the swamp’s shallow water,” Dressen said.

Apart from living space for the animals, the zoo will also include activity areas.

“As a zoo,” said Dressen,” one of our four primary duties is research, [though] it is frequently hidden from visitors. We are making portions of this area of activity available to our guests with the new research station.”