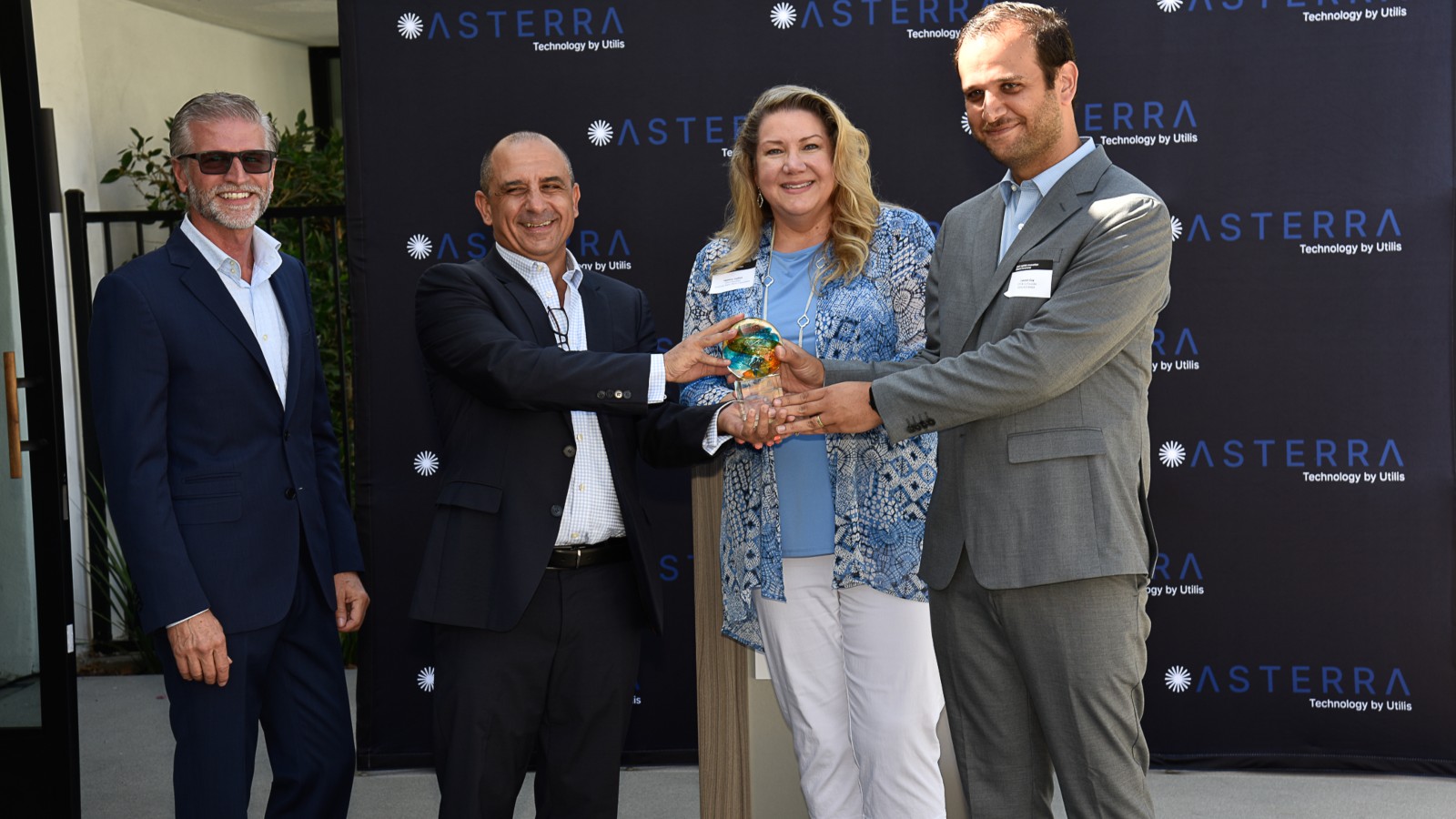 That ingenuity was rewarded with the inaugural Innovation Award of the nonprofit American Water Works Association for its Asterra product line.

Since 2016, Utilis technology, which is used in multiple verticals around the globe, has resulted in saving more than 9 billion gallons of potable water and 22,000 MWH (megawatt-hour) of energy per year, in support of United Nations Sustainable Development Goals, according to the company. An average of 3.3 leaks are found per day at each subscribing utility.

The line uses algorithms to locate and assess underground leaks and other hazards around critical infrastructure from ground-penetrating satellite images. The goal is to help municipalities conserve water.

Asterra products, such as Recover, lower the cost of finding potable (drinking) water leaks by using its patented algorithm and satellite-based synthetic aperture radar data. Reflected signals from a satellite detect the underground presence of such water. Once infrastructure leaks are found, a report is issued that shows where the leaks are and specific street piping locations.

The Asterra division is headquartered in Israel with offices in the United States and United Kingdom. CEO Elly Perets said the company has expanded from leak detection to data provision for the greater infrastructure industry. “This technology is used to strengthen infrastructures in the smallest of towns and in the largest of cities,” he said.

In June, Utilis/Asterra co-founder-CTO Lauren Guy was named one of 50 rising stars by Geospatial World.

AWWA Vice President Heather Collins presented the award at a reception in California attended by state and federal officials. Members of the San Diego Chamber of Commerce, including former Mayor Jerry Sanders, joined Asterra leaders from the United States and Israel for a ribbon-cutting of Asterra’s local office.

Dr. Jennifer Campbell, President of the City of San Diego Council, spoke about the importance of Asterra technologies in supporting resource resilience and the earth’s infrastructure. “We must face these challenges together and solve the urgent problem if we want to leave a healthy planet for our children and grandchildren,” she said.

The American Water Works Association is an international scientific and educational society founded in 1881 to provide solutions for effective management of water. It is the largest organization of water supply professionals in the world.