Shawn Porter On Being ‘The Dictator Of The Ring’

Boxer discusses his plan for beating Terence Crawford, how he lost to Errol Spence and why a Manny Pacquiao fight didn’t happen. 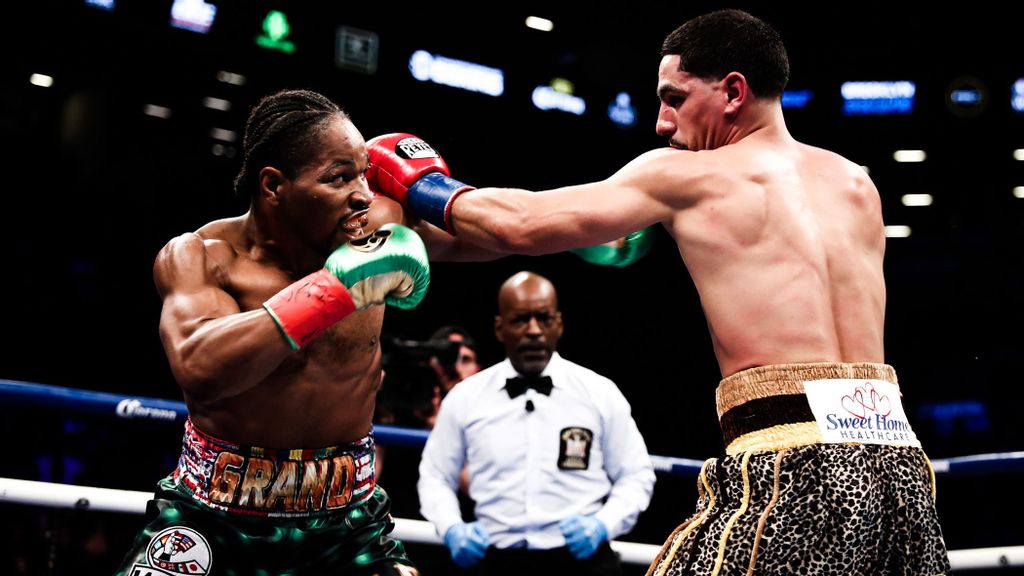 Porter, who will challenge for the WBO’s 147-pound title owned by the switch-hitting Crawford (37–0, 28 KOs) on Nov. 20 on ESPN+ Pay-Per-View from The Michelob ULTRA Arena in Las Vegas, recently caught up with Zenger News.

In addition, Porter also sheds light on why a fight with eight-division champion Manny Pacquiao did not materialize in advance of the Filipino superstar’s unanimous decision loss to Ugas last month and talks about an undisclosed left hand injury he suffered before earning a unanimous decision victory over Danny Garcia (September 2018) for the WBC’s vacant crown.

Zenger: How do you plan to defeat Terence Crawford?

Porter: Like with Errol Spence Jr., it’s going to take everything that I have and all of my experiences in order to beat Terence Crawford. Replaying the Spence fight in my mind, I know there are things I left out of the ring. I also know from an intellectual standpoint, I was a step or two ahead of Spence.

I think the same thing happens in this fight with Terence Crawford. I think we’ll be able to find something, whether it’s counterpunching, aggression, or boxing from the outside. We will be able to find certain things that are going to work for us for a significant portion of the fight, making adjustments as we go.

Zenger: How do you see the fight with Crawford going?

Porter: Everybody feels that my style is based on aggression and speed, but my style is solely based on being the dictator in the ring. Sometimes my style of dictating may be going forward, and sometimes it may mean going backward.

But I can assure you of one thing, and that’s that you will see one person controlling the fight with Terence Crawford and that will be me. For anyone who doesn’t see that, look at the fight with Errol Spence Jr. and Keith Thurman and Danny Garcia.

Those guys were forced into fighting out of positions they had never been put in before, and that’s because of me. I told y’all that I was going to do it, and I did it. My record speaks for itself. I dictate what happens and how the fight goes.

Everybody’s always reacted to Terence, but just like with Errol Spence Jr., prior to me, he was always the dictator. I don’t think that’s something he’s had to deal with as a professional — being forced to react.

Zenger: How does the Crawford fight end?

Porter: I really do see myself being able to — like I did against Errol Spence — put him in uncomfortable situations that he’s never been in, forcing him to react, being able to overwhelm him, and, ultimately, to stop him.

Zenger: What separated you from victory against Errol Spence?

Porter: It was clearly the 11th-round knockdown. I hate when people try to convince me that it wasn’t a knockdown. I ask people, ‘Did you enjoy the fight?’ Some people say, ‘Yeah, I enjoyed the fight, but you should have won.’

I knew that would be the separation between winning or losing that fight. Errol ended up getting the knockdown, and I tell people, ‘I was more upset that I got knocked down than I was not getting my hand raised.’ I knew that that was going to be the separation.

Zenger: It seems as if Manny Pacquiao has mentioned Mikey Garcia, Errol Spence, and, ultimately, Keith Thurman as potential opponents, but never really you — why not?

Porter: I don’t think that Manny, himself, has ever mentioned my name, but I do know that there have been interviews where he’s been asked, ‘What about Shawn Porter?’ and ‘Would you fight Shawn Porter,’ and it was always, ‘Well, we’ll see,’ or, ‘We’ll think about it.’

There was a tendency to look at everyone else’s name, but my name wasn’t really pushed forward. The reason why is because if you think about it, I sparred with him in 2010 and 2011. They saw what I had back then, and they see what I have now.

I do think that, with all due respect, they know that I’m better than I was back then. Sparring is sparring, and we all know that, but sparring me was always a challenge. So I think they know that if they had a challenge with me in 2010 and 2011, you can just imagine what it would be in 2021.

Zenger: How difficult was it to train for, and ultimately, defeat Danny Garcia, post-surgery on your broken left hand minus the full complement of sparring in camp?

Porter: The training camp that I had for Danny Garcia was so far beneath the typical training camps that we’ve usually had. I don’t think people would even believe it if they heard it, especially if they watched the fight and think about what went on in camp while watching the fight.

Sparring, hitting the bag and all of that was second to the things I was dealing with. Without going into too much detail, there was the battle of the injured finger, but there was an even bigger battle that was internal, emotional and mental with my dad.

It was not the typical training camp, but I was able to do some things from a mental standpoint to keep everything together and to not be denied the WBC title. Eventually, I will go into detail, and when I do, I think it will bring a lot of motivation to people.

Zenger: Is Ugas an avoided fighter?

Porter: Ugas was avoided. I’ll keep it real. The IBF mandated the fight between myself and Ugas. But at that time, my dad and I weren’t really clicking on certain levels, and he didn’t want me to get into the ring with Ugas because maybe things weren’t going to click between him and I in the corner.

My dad felt like Ugas was a threat given the risk-reward factor. But for me, the reward led to a unification bout with Errol Spence Jr., so there is no telling what would have happened if I had decided not to take the mandate. But he is an avoided fighter. People don’t want to deal with a hard night with Yordenis Ugas.

Zenger: How difficult was the fight with Ugas, and what game plan earned you the victory?

Porter: My dad said, ‘Move on him and out-box him, he does not have the feet that you have and he can’t catch you.’ That’s what we decided to do for the entirety of that night. With Ugas, he never forced me to do anything else.

He was plodding and he walked into shots. He stood in the middle of the ring telling me to come at him. I didn’t oblige. So the fight carried on, and it stayed the exact same way for 12 consecutive rounds. He learned from that.

Someone else close to him said, ‘I knew you were going to box like that.’

They said, ‘I told him that, and it gave him problems.’ The thing is we knew exactly what we needed to do to beat him, no one else expected it, and when they didn’t expect it, their minds were blown by what we were doing.

Zenger: How impressive was Ugas’ victory over Pacquiao?

Porter: What I learned about Yordenis that I didn’t know is that he can box. He has real boxing skills, and I had not seen that in any fight before we fought — not until he fought me and Pacquiao. In the fight with Pacquiao, he did something that they weren’t expecting.

I was very impressed with what he did against Manny Pacquiao. Yordenis Ugas is an avoided fighter, and now it’s going to be difficult because he has a belt. That’s the only reason people are going to want to get into the ring with him — because now, they have to.

Zenger: How do you want to be remembered, given your impressive resume?

Porter: Like the ones with Errol Spence, Keith Thurman and Danny Garcia and, hopefully, Terence Crawford, the Ugas victory was a fantastic fight.

Hopefully, people think it’s a classic because that’s a goal for me as a fighter — to have those battles and the moments in those fights that will last a lifetime.