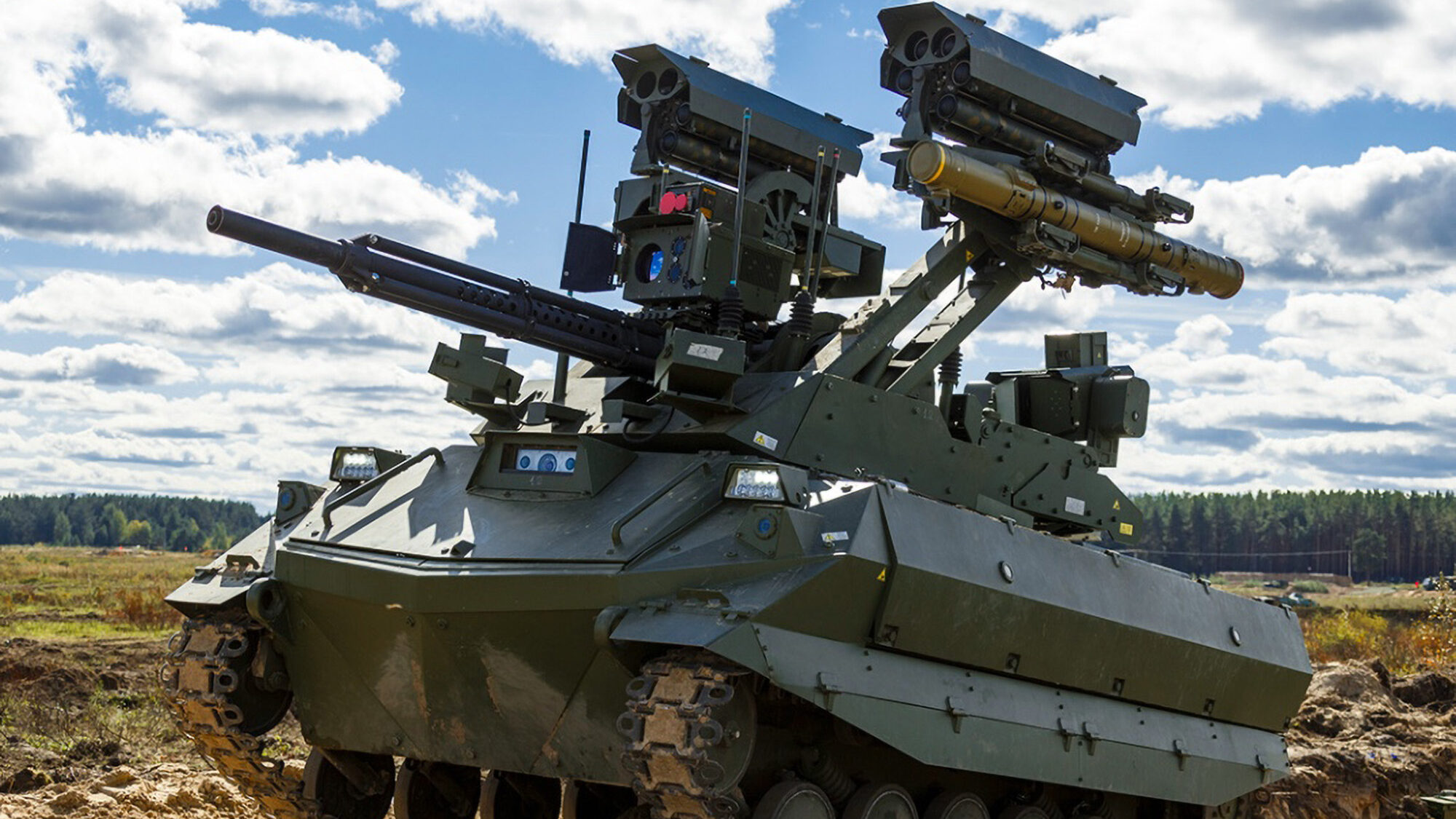 The Uran-9, a high-tech tracked unmanned combat tank, was used during the Zapad-2021 military exercises run by Russia and Belarus that ended on Sept. 16. (Ministry of Defence of the Russian Federation/Zenger)

Russia has rolled out a robot tank in combat formation during its just-completed war games with Belarus.

The Uran-9 is an unmanned combat ground vehicle designed to carry out combat, reconnaissance and counterterrorism missions. Running on tank tracks, it can destroy targets as far as 5 kilometers (more than 3 miles) away. It’s equipped with anti-tank missiles, high-power flamethrowers and a fully automatic machine gun.

The pair of high-tech robot tanks were in action at the Zapad-2021 military exercises, which Russia carried out September 10–16 with its ally Belarus at the Mulino training center about 230 miles east of Moscow.

Russia also used the small Nerekhta unmanned battle tank in the games. The autonomous vehicle can be equipped with mounted machine guns and grenade launchers, and can also deliver ammunition and equipment under combat conditions.

Using the Uran-9s and the Nerekhta vehicles during Zapad represents the first use of robot tanks in combat formations, the Ministry of Defence of the Russian Federation said.

The unmanned Uran-9 tank destroyed the mock enemy’s armored vehicles division and defenses during the exercise, making the most of its armaments

The Russian defense ministry said the robot tank will be able to decrease battlefield casualties by doing tasks that would be too dangerous for humans. Twenty have been built so far.

President Vladimir Putin personally witnessed much of the training exercises, which were widely considered to be a show of force toward NATO and the EU, both of which are wary of Alexander Lukashenko, the Belarusian leader and long-term Putin ally.

The war games represented a return of the Uran-9s to the spotlight. The last time was in 2016, in Russia’s conflict with Syria. But according to a variety of reports at the time, the robo-tank performed poorly, losing contact with its controllers and maneuvering badly on broken terrain.

The U.S. military is working on its own robo-tank, known in the Pentagon as Robotic Combat Vehicles. They range from an expendable light scout armed with a single anti-tank missile to a 30-ton unmanned tank.