Scientists discover from 4-billion-year-old ash that Mars’ giant craters are really the remains of massive eruptions. 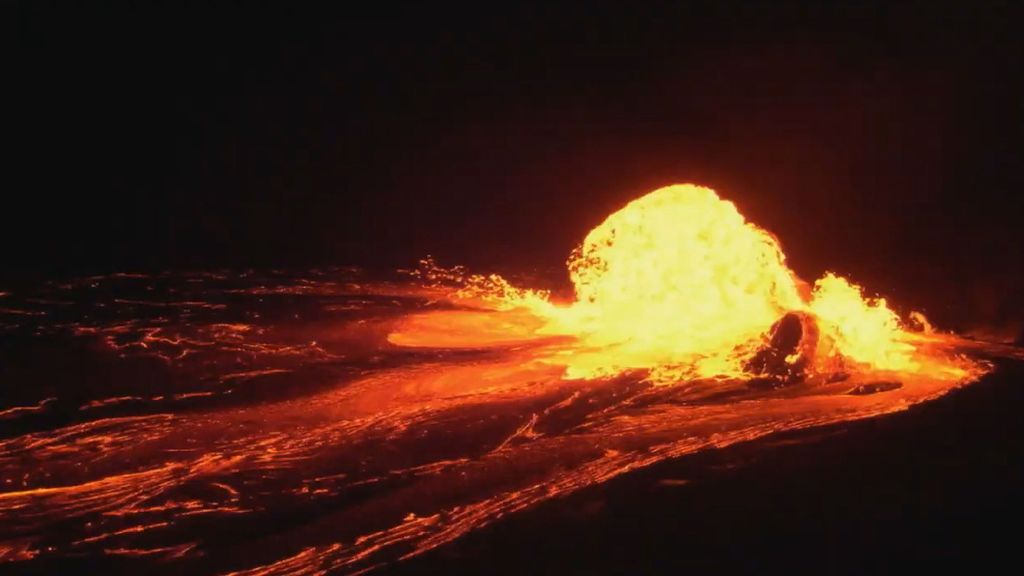 Thousands of volcanic events known as “super-eruptions” occurred on Mars 4 billion years ago — for a half-billion years — according to NASA scientists. Each of the giant eruptions catapulted the equivalent of 400 million Olympic-size swimming pools of gas and molten rock toward the sky, creating a thick ash cloud thousands of miles long.

The eruptions would have been astonishingly powerful, NASA said. The most recent comparable event on earth was the eruption of the Toba Caldera Complex 75,000 years ago in Northern Sumatra, which led to a 10-year global volcanic winter.

Patrick Whelley, a geologist at NASA’s Goddard Space Flight Center in Greenbelt, Maryland, who led the Arabia Terra analysis, said: “Each one of these eruptions would have had a significant climate impact — maybe the released gas made the atmosphere thicker or blocked the sun and made the atmosphere colder.”

“Modelers of the Martian climate will have some work to do to try to understand the impact of the volcanoes,” said Whelley.

After a super-eruption, a volcano collapses into a giant hole called a caldera, which stretches across dozens of miles.

“Seven calderas in Arabia Terra were the first giveaways that the region may once have hosted volcanoes capable of super-eruptions,” NASA said in a statement.

The calderas were initially mistaken for craters created by asteroid impacts, but scientists proposed instead in 2013 that the “craters” were actually calderas.

“[I]nstead of looking for volcanoes themselves, we looked for the ash because you can’t hide that evidence,” Whelley said.

Alexandra Matiella Novak, a volcanologist at the Johns Hopkins Applied Physics Laboratory in Laurel, Maryland, said the pieces fit: “[W]e picked it up at that point and said, ‘OK, well these are minerals that are associated with altered volcanic ash, which has already been documented.’ Now we’re going to look at how the minerals are distributed to see if they follow the pattern we would expect to see from super-eruptions.”

The team identified minerals on the Martian surface by analyzing the light emitted by chemical compounds that they contained. Then they scanned canyons and craters hundreds of thousands of miles from the calderas to learn whether wind had carried volcanic ash there.

The result was a three-dimensional image of Arabia Terra, layering mineral data over the topographic maps of canyons and craters.

They found the mineral-rich deposits of ash were very well-preserved.

Jacob Richardson, a geologist at NASA Goddard who worked with Whelley and Novak, said: “That’s when I realized this isn’t a fluke; this is a real signal. We’re actually seeing what was predicted, and that was the most exciting moment for me.”

The NASA team calculated that it would have taken thousands of eruptions to produce the amount of minerals they found. They said they were baffled that so many super volcanoes were concentrated in one region of Mars. They sparsely dot across the planet.

“It’s possible that super-eruptive volcanoes were concentrated in regions on Earth but have been eroded physically and chemically or moved around the globe as continents shifted due to plate tectonics,” NASA said.

«Previous Post
Study: Modern Snakes Are All Descended from a Handful that Survived Dinosaur Extinction»Next Post
Fireflies’ Ultrasonic Sounds May Be Their Armor Against Bats