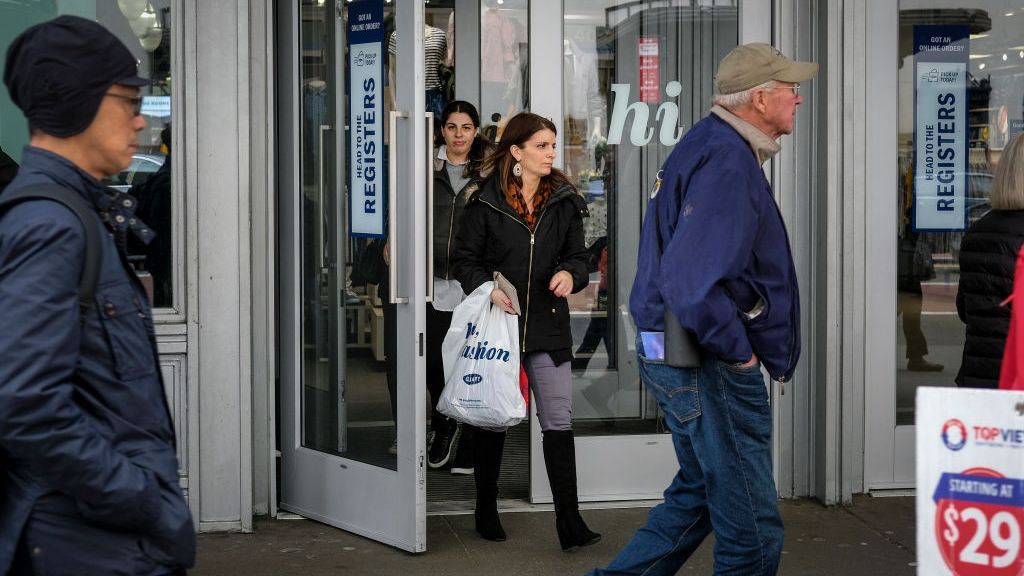 Things may be more expensive, but it isn’t stopping Americans from shopping, as some economists say recent conflicting data about the economy shows the continued impact of both the coronavirus pandemic and the government stimulus programs created to shore up the economy.

From poverty to inflation to retail sales numbers, economists are pointing to trends that reflect the role that nearly $5.9 trillion in stimulus spending is having on the economy. Perhaps nowhere was the impact bigger than in the Census Bureau’s report released this week on U.S. poverty numbers.

“The federal government played a vital role in stemming the losses from the pandemic recession,” wrote Elise Gould, senior economist at the Economic Policy Institute.

That report showed a 1 percent increase in the poverty rate in the U.S. in 2020. However, considering the economic impact of the coronavirus pandemic, Gould said the poverty report showed the success of the federal economic stimulus during the lockdowns.The stimulus payments moved 11.7 million people out of poverty, while the expanded unemployment payments kept another 5.5 million off of the poverty rolls in 2020.

“The losses to income and increases in poverty would have been far worse if not for programs such as unemployment insurance to workers who suffered from job loss, as well as the ad hoc expansions to those programs legislated in the wake of COVID-19’s arrival,” she wrote.

Meanwhile, another Census Bureau report released Thursday showed that consumers were continuing to spend. Sales rose 0.7 percent in August 2021, after falling 1.8 percent in June and July, as fears of the Covid-19 Delta variant heightened.

“Retail spending has remained fairly strong since March, as the economy has reopened and stimulus supported spending,” said Glassdoor senior economist Daniel Zhao, who described the August 2021 jump in sales data as “unexpected.”

Another report this week that showed that inflation remained high, despite easing a little in August, didn’t surprise economists.

The U.S. Bureau of Labor Statistics’ Consumer Price Index rose 0.3 percent in August, taking into account seasonal adjustments. The report showed prices to be 5.3 percent higher in August 2021 than the prior. While the jump builds on increases on 0.5 percent in July and 0.9 percent in June, some economists described as a slight slowing of recent inflationary growth.

The slowdown in inflation was anticipated by some economists. Harvard University economics professor Jason Furman said that the jump in prices between February and July, which grew at 8 percent, was unsustainable over the long run.

“Inflation from February to July was extraordinarily high,” Furman wrote, noting that economists will be watching closely over the next few months to see how much inflation cools.

Some economists noted that the modest rise in inflation may have been offset by drops in some sectors. For example, as travel expenses like airfare, hotels and rental cars dropped in August, products related to housing, like furniture and appliances, continued to surge, said Diane Swonk, chief economist at investment firm Grant Thorton.

An 8 percent jump in food prices and 20 percent spike in gas could undo recent progress in wages, which have been steadily rising since the pandemic.

“Those increases swamp the jump in wages in leisure and hospitality,” Swonk wrote.

The U.S. spent nearly $6 trillion on coronavirus stimulus spending, which the Committee for a Responsible Federal Budget said helped grow personal income by more than 10 percent. Without the federal relief, the organization estimates personal incomes would have fallen by about 5 percent.

Across the globe, countries met the economic impact of Covid-19 restrictions with stimulus spending, and now all are experiencing some inflation as a result, said Furman, who also serves as a senior fellow at the Peterson Institute for International Economics.

At 5.3 percent over the past 12 months, the U.S. is showing higher inflation than other countries that offered coronavirus stimulus packages, with Canada coming in at 3.5 percent, Europe at 3 percent, the United Kingdom at 2 percent, Furman said.

“The U.S. fiscal stimulus in 2021 was much bigger. So it is not surprising that our inflation is much higher,” Furman wrote.

The rise in inflation hasn’t been a surprise to consumers either. A new survey from the New York Federal Reserve’s Center for Microeconomic Data showed that shoppers are anticipating more inflation to come.