For the first time, a foreign leader addresses Mexicans in military parade. 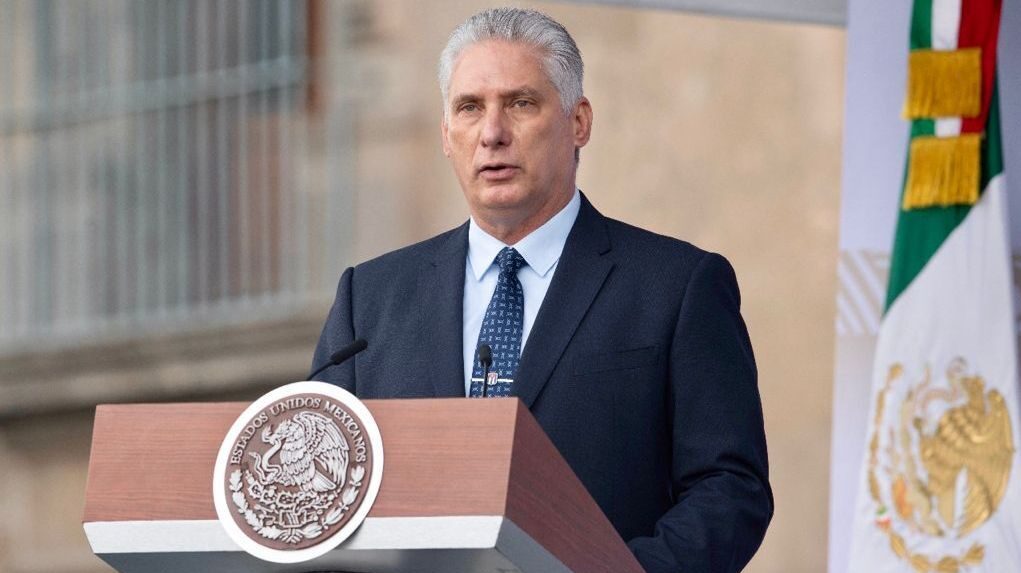 Cuban President Miguel Díaz-Canel addresses Mexicans during the celebration. It is the first time that a foreign leader speaks at Mexico's Independence military parade. (Mexican government)

“No state has the right to subjugate another,” said AMLO during the celebration of Mexico’s Independence on Sept. 16.

“’Nations must not take advantage of the misfortune of other peoples,’” AMLO said, claiming to quote George Washington. “Frankly, it looks bad for the U.S. government to obstruct the well-being of the Cuban people using the blockade.”

Cuba’s President Miguel Díaz-Canel delivered a speech during the ceremony, becoming the first foreign president to speak at an Independence celebration in Mexico. Díaz-Canel also criticized the U.S. embargo against his country.

Díaz-Canel said that under the fire of that “total war,” Mexico’s solidarity with Cuba inspires admiration and deep gratitude.

AMLO called for an end to the “policy of grievances” against Cuba and said the two countries must seek reconciliation.

“May President Biden, who has enough political sensitivity, act with nobility and put an end to the policy of grievances toward Cuba,” he said.

“The Cuban-American community must also help in the search for reconciliation, putting aside electoral or partisan interests. Leave resentment behind, understand the new circumstances and seek reconciliation. It is time for brotherhood and not for confrontation,” AMLO said.

AMLO also said the island should be declared a World Heritage Site due to its resistance to the blockade.

“We may or may not agree with the Cuban revolution and with its government, but having resisted 62 years without surrendering is an undeniable historical feat. I believe that Cubans deserve the award of dignity for their struggle to defend their country’s sovereignty. The island should be considered the new Numantia [a city of Celts on the Iberian Peninsula admired for resisting Roman attack], for its example of resistance. For that same reason, I believe Cuba should be declared a World Heritage Site,” he said.

AMLO highlighted one of the heroes of Mexico’s independence, the priest Miguel Hidalgo y Costilla.

He said that the Mexican independence movement started neither with simple rearrangements of the power elites nor by nationalist sentiment. It was, instead, the result of a desire for justice and freedom.

“If Hidalgo had not been authentic as he was, he would not have been sacrificed as viciously as Jesus Christ was,” he said.

He said that Hidalgo was an authentic Christian, deeply human, and that no leader in Mexico’s history has been more insulted than the priest, as people called him “a monster,” “malicious” and “resentful.”

Translated and edited by Gabriela Olmos; edited by Melanie Slone and Kristen Butler.