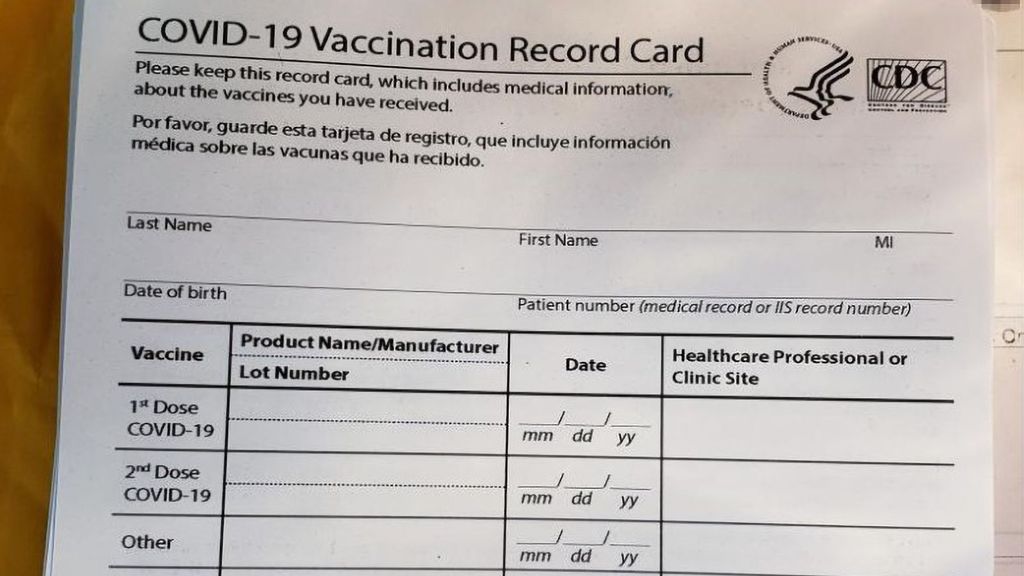 The latest import from the Far East can’t be found on a shelf at WalMart. It’s a counterfeit COVID-19 vaccination card, complete with clumsy typos, and the federal government is confiscating them as fast as they can find them.

Two recent batches entered the U.S. at the Pittsburgh, Pennsylvania airport. Agents seized 20 fake cards there on Aug. 24. U.S. Customs and Border Protection officials determined they were low-quality, and imported by someone without a medical background.

Pittsburgh customs officials next nabbed a shipment of 50 cards on Sept. 7. Both were destined for the same address in Beaver County, which sits just northwest of the Pittsburgh metro area.

Two of the busiest spots for finding fake vaccination cards are the airports in Memphis, Tenn. and Anchorage, Alaska. Customs officials in those cities had seized a combined total of more than 6,000 as of last month.

Customs officials at O’Hare International Airport in Chicago intercepted a package with 19 fake COVID-19 vaccination cards headed from China to a resident in the small Ohio town of Wapakoneta.

Buying, selling and using counterfeit vaccination cards is a crime and puts other people’s health at risk, the FBI says. Using an official government agency seal without authorization is punishable by fines and up to five years in prison.

“Counterfeiters are savvy and follow trends in consumer demand, including the high demand for vaccination cards during the pandemic,” said LaFonda Sutton-Burke, Customs and Border Protection’s Chicago field operations director.

Authorities have not released the identities of the planned recipients of the bogus cards. But at least one user of a doctored document has been arrested and identified: Chloe Mrozak of Illinois was jailed in Hawaii after arriving at Honolulu International Airport on Aug. 23 with a fake vaccine card she was using to avoid a post-arrival mandatory quarantine. Helping tip off the authorities: the document Mrozak was using referred to vaccine maker Moderna as “Maderna.”

«Previous Post
Opposition Leaders In Brazil Fear Disagreements Weaken Their Message »Next Post
US Borders Remain Closed To Europeans, Stranding Many From Their Homes