US Storms Delay Relief At The Gas Pump — Again

Ida is rivaling 2005’s Hurricane Katrina in terms of the impact on the U.S. energy sector, with prices rigid at 7-year highs. 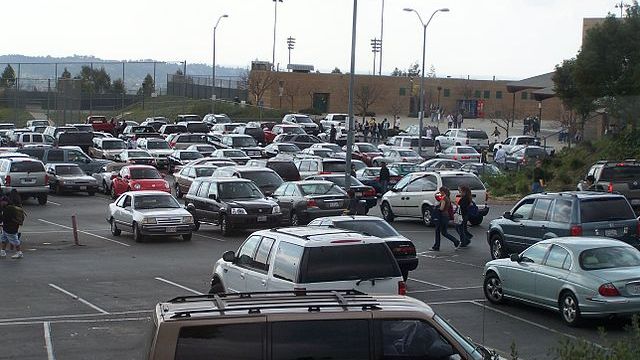 Summer holiday season may be over, but driving to school could make up for some of the loss in gasoline demand, analysts said. (Wikimedia Commons)

U.S. retail gasoline prices have been in a holding pattern for weeks, with the impact of tropical storms suggesting seasonal relief will be delayed further, analysts told Zenger.

Travel club AAA on Tuesday listed the national average retail price for a gallon of regular unleaded at $3.18, a figure that has barely shifted since early August, according to federal data. The last time retail gas prices were this high was Oct. 2014.

Matthew Kohlman, an associate director for refined products pricing at S&P Global Platts, told Zenger it was unusual to see gas prices so static — especially after Labor Day, when demand tends to taper off as family vacations take a back seat to school.

“This is more a reflection of supply remaining low due to hurricane outages, stocks never rebuilding to normal levels, and demand remaining high despite pandemic worries re-emerging,” Kohlman said. “Labor Day marks the end of summer driving, but increased driving to work and schools offsets some of those lost miles.”

By mid-September, refineries also start producing a winter-grade of gasoline that is cheaper because it needs less processing to avoid evaporation. But Hurricane Ida, which made landfall in late August in Louisiana, and Tropical Storm Nicholas, which hit the U.S. Gulf Coast on Monday, knocked power out to some of those refineries.

Without those refineries operating, gasoline is not produced, winter-grade or otherwise. Gasoline inventory levels had been stubbornly low as it is, so the rapid succession of tropical storms in the Atlantic added insult to injury.

What’s more, Patricia Hemsworth at Paragon Markets told Zenger the East Coast’s Colonial fuels pipeline had again been knocked offline — this time by Tropical Storm Nicholas. When that pipeline was the target of a ransomware attack in May, some retail gas sellers along the Atlantic ran out of gasoline.

And it seems like markets had still have not caught up from that carnage.

Phil Flynn, an energy analyst at The PRICE Futures Group in Chicago said it seems like the energy sector was on its back foot even before the storms rolled in.

“I think the entire mess will mean higher prices at the pump,” he said.

A federal report from Monday estimates retail gas prices will stay put through September, but could move lower to an average of $2.91 a gallon after that.

“I do expect price improvement, but perhaps not until later September or into October,” he said. “But we should get back under $3 per gallon nationally by Halloween at latest, I’d hope.”