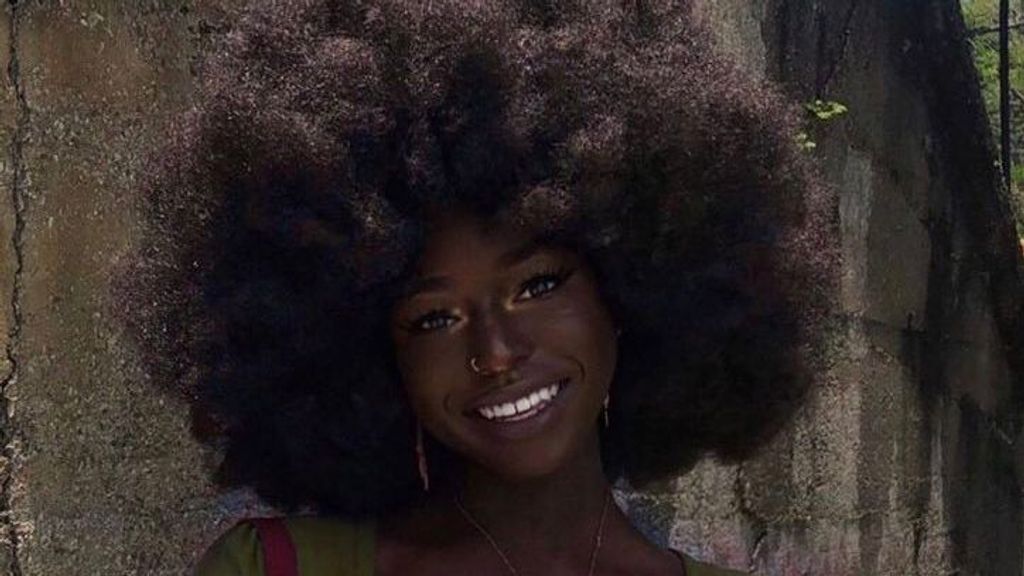 Entrepreneur-designer Hogoe Kpessou is using her success to build a better life for her family in Togo. (Courtesy of Hogoe Kpessou)

A college student from the West African nation of Togo has a side hustle that is starting to set fashion trends.

Hogoe Elimiera Ivana Kpessou’s luxury womenswear brand HK — named after herself — is “an empire of uno [one]” for now. But the entrepreneur-designer is motivated toward greater success. For her, that means a better life for her family and her country.

So far, the traffic to her website has been steadily rising, climbing to the hundred thousands, with total revenue nearing $500,000. She began only last year.

Though Togo has a long history of political turmoil and is among the world’s poorest countries, Kpessou has established a path for herself through her business success.

“I can’t ‘Kumbaya’ my way into having a better life for my extended family back home. The issue isn’t a lack of love, its resources, it’s capital.

“Contrary to popular belief, the best way to achieve that [stability] when it comes to dealing with a country like Togo is money,” said Kpessou, now a student at Florida State College in Jacksonville.

“I’m trying to build a name for myself in such a way that everyone knows who I am. So that when I am in my country, I don’t have to feel this threat — that they’re just going to make me disappear. It’s sad to say, but that’s the point of change when it comes to interacting with my country.”

Into the world of fashion

In the world of fashion, the HK brand is rising at a time when independent black brands are hitting the spotlight. Designs from Brandon Blackwood, a Jamaican and Chinese designer from Brooklyn, New York, began popping up in fashion news feeds and social media with his “ESR” bags, engraved with “End Systemic Racism.”

Blackwood flourished in 2020 when Kim Kardashian posted a photo holding one of his signature tiny bags.

Telfar bags, created by Liberian-American fashion designer Telfar Clemens, gained in popularity when the New York Times dubbed 2020 “The Year of Telfar.” Clemens appeared on “The Wendy Williams Show,” telling viewers he had been building a brand since he was 15. Now high-profile women, including Williams, Rep. Alexandria Ocasio-Cortez (D-New York) and Oprah, are shown with his bags on social media.

With brands like Telfar and Brandon Blackwood rocketing seemingly from nowhere and grabbing the limelight, the fashion world may be primed for Kpessou’s luxury brand.

She started out with a small business that sold plants and some of her poems to make ends meet as a college student. When the pandemic hit in 2020, she decided it would be a great time to start her own brand. With zero design experience and  little business or marketing experience, she spent the past year establishing her womenswear business online and learning what it takes to produce luxury fashion.

She designs her handbags, swimsuits and accessories and sends them to manufacturers she finds through Ali Baba, a wholesale site used by many small businesses to turn their designs into products. Quality control and shipping are up to Kpessou.

Though problems arise — like the time the shipping company lost 100 of her handbags — she perseveres.

Initially, Kpessou recognized that as a young woman, she began at a disadvantage in the world of business.

“I have to do a lot of random talking to a bunch of people, not knowing what the heck I was saying, pretending I knew what I was doing, like I was some big shot company,” she said. “I was really secretive about my gender and age &mldr; just because I didn’t want people to catch on that I was younger,” she said. “Because what if they lie to me and say [the price of the product] is $20 million, and I fall for it? So my first main manufacturer didn’t know I was a woman until they saw my picture on Whatsapp.”

Now, Kpessou works with manufacturers from Peru, Italy, and Brazil for various projects. While her mastery of several languages helps her, she still has to rely on intermediaries for manufacturers in places like Italy. She practices her Spanish language skills when working with a small, family-owned manufacturer in Peru.

“I’m working with smaller manufacturers simply because I can afford to pay. I don’t want to be that person who is so caught up in money that I don’t pay people their asking price,” she said.

“I don’t like exploiting people, because I’m making that sacrifice is the reason why I do work by myself, because at the end of the day, there’s always going to be some kind of exploitation. If you’re not exploiting someone else, you’re exploiting yourself. For me, I can live more with my own hardship than screwing other people over.”

Kpessou promotes herself on Twitter, where she also finds supporters.

Many of her pieces are inspired by meaningful insects:

The bee emblems on the bag reflects attracting sweetness; the luna moth reflects rebirth; and the fireflies represent a guide. As she increases sales, she plans to use her HK logo more often.

The study of luxury brands

Brenna McCormick, graduate program director and brand and marketing strategist at Emerson College, studied the history of how luxury brands are established. She said the progress of HK, Telfar, and Brandon Blackwood are partially a product of social media.

“There is something really fascinating coming out of what is essentially the power of social media as it is revolutionizing the fashion world.”

She said fashion is about what we can see and what is accessible in terms of price and availability. When companies like Gucci destroy their own merchandise, it becomes less available by design, whereas HK works double time to meet demand.

Small businesses like HK should decide quickly what their business stands for, she said,

“You know what your values are, so you make sure that everything is in alignment. And then, when a big opportunity comes along, you’re in a space where you can say in your negotiations, this is why I built this business. This is what it stands for, and this is what needs to be also included in the contract,” said McCormick.

Another important aspect of a new brand, McCormick said, is price point. HK’s products are nowhere near the price range of older luxury brands, though they still sell at a higher price than standard fare.

“If she is positioning her brand as a luxury fashion brand, it is going to be inevitable that you want it to be more expensive because the price is another signifier to the customers about the premium quality,” McCormick said.

“However, new age brands may be a subversion of these expectations. Telfar makes it a point to make his luxury products accessible to all, battling against scalpers and characterizing his business with this quote: ‘Not for you, for everyone.’”

Respect for her name

For Hogoe Kpessou, whose first name means “firstborn,” “gift from god” and “light” in Togolese culture, it hasn’t been an easy path. Her first name attracted the attention of school bullies when she was young and new to the United States, but today her brand carries her name for a reason.

“I felt like it was a duty to myself to use my name. Everyone is willing to pronounce Gucci and these European names when it comes to luxury,” she said.  “It would be disrespectful to me to not use that name.”