Return Of The Mummy: Ancient Tomb Built By Real-Life High Priest Imhotep Back After Restoration

Pharaoh’s burial chamber was designed 5,000 years ago by a priest transformed into a horror-movie villain. 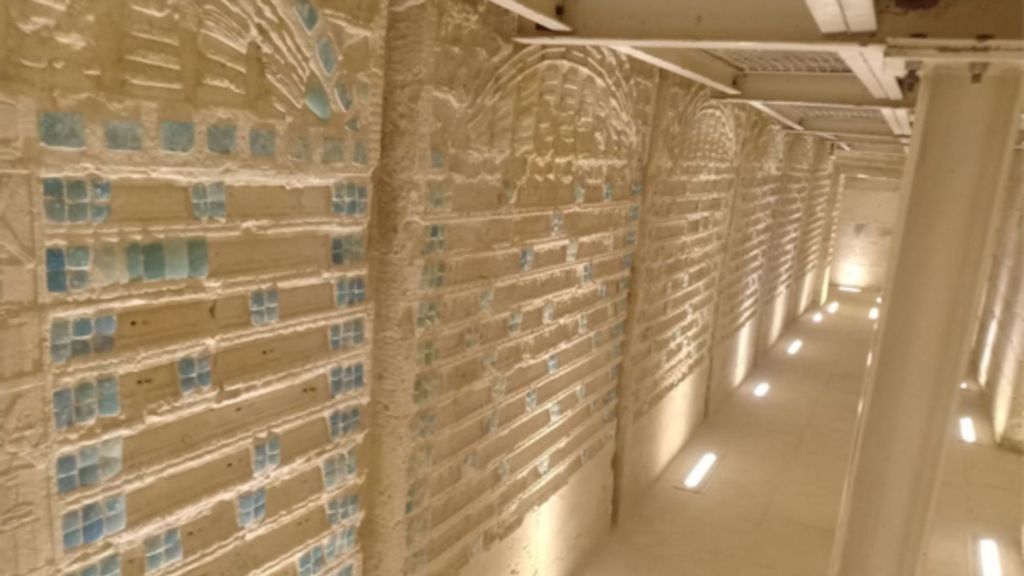 Restored corridor of the southern tomb of King Djoser in Saqqara, Egypt. The cemetery, including the tomb, is now open to the public with new lighting and ladders for access underground. (Egyptian Ministry of Tourism and Antiquities/Zenger)

A tomb believed to be the handiwork of Imhotep, a trusted adviser to Egyptian pharaoh Djoser more than 4,600 years ago, is open to the public after 15 years of restoration work.

Djoser ruled during the Third Dynasty of the Old Kingdom beginning around 2650 B.C., according to the Egyptian Ministry of Tourism and Antiquities.

Imhotep’s modern-day claim to fame came about millennia later, as the antagonist in the film “The Mummy,” played first by Boris Karloff in 1932 and later by Arnold Vosloo in both the 1999 remake and its 2001 sequel.

As pharaoh Djoser’s chancellor and high priest of the sun god Ra at Heliopolis, Imhotep is also believed to be the architect of Djoser’s Step Pyramid, the site of the cemetery now open to the public in the Saqqara area, about 19 miles south of Cairo.

The pyramid, originally more than 200 feet tall, is generally acknowledged among archaeologists as the earliest surviving example of a man-made colossal stone structure.

Djoser’s tomb is in the southern corner of his burial complex, accessed by stone staircases leading to a door carved in the rock, with corridors behind it decorated with murals of blue glazed pottery, according to Mustafa Waziri, secretary-general of the Supreme Council of Antiquities. Many fake doors, too, line the corridors.

“The cemetery has a burial room with a coffin of pink granite similar to the burial room in the [Step] pyramid,” Waziri said.

Archaeologists restored the granite coffin at the bottom of the burial well, he said. There’s now lighting and a ladder to help the public at the site.

The upper part of the access to the tomb is built of limestone, the Egyptian officials said. The bottom is carved into the rock at a depth of nearly 100 feet. A stone ladder leads to a carved door in the rock.

“The granite sarcophagus at the bottom of the burial well was reassembled and restored, in addition to rehabilitating the cemetery,” the ministry stated.

Djoser is believed to be the first Egyptian king to commission a pyramid — the Step Pyramid. Imhotep was worshipped as a god of healing some 2,000 years after his death but is best known among academics as the builder and overseer of the construction of the Step Pyramid.