The old story has a fresh Latina face and new story lines. 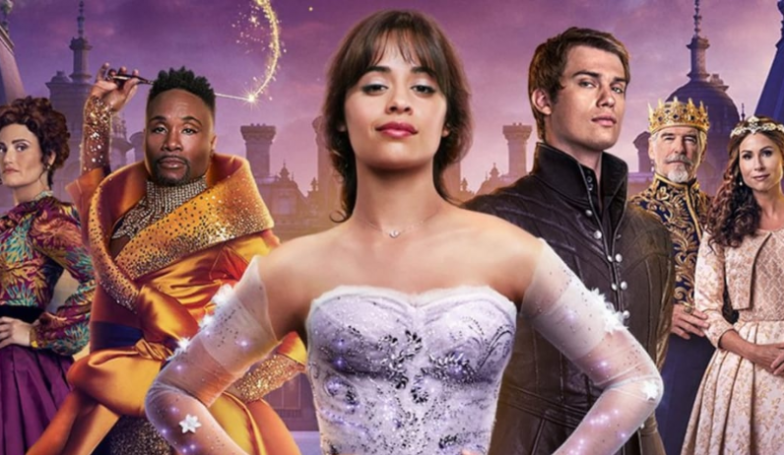 The fairy tale is given a much-needed face-lift by writer/director Kay Cannon (“Blockers”). The re-telling of “Cinderella” is infused with a more modern, urban, hip sensibility. The casting of Cabello in the lead role is the tasty frosting on an already delicious cake.

Cabello, unlike Cinderella, isn’t in the market for a prince to save her from her dreary existence. This Cinderella has dreams, ambitions and a mind of her own. Cannon also delights in poking fun at some well-known fairy-tale conventions.

In one scene, the Genderless Fairy Godmother — played by Billy Porter (“Pose”) — prepares Cinderella for the upcoming consequential royal ball. Cinderella is asked if she is anxious to meet her future prince charming, Nicholas Galitzine (“High Strung”), at the ball.

Cannon often tells “Cinderella’s” story narrative through songs. The dance sequences that seem to explode out of nowhere into beautifully costumed jailbreaks are reminiscent of Lin Manuel Miranda’s “In the Heights.” The exuberant, spontaneous staging of the musical numbers is evocative of the best of Bollywood films.

Before her starring role in “Cinderella,” most of Cabello’s work in front of the camera was in her short music videos, often featuring scenes that show her comic acting talents, well-suited for a TV sitcom.

The success of this “Cinderella” revamp could encourage producers to take a second look at other beloved fairy tales that could be redone — with an added tongue-in-cheek Spanglish twist.

With Mexican-Americans comprising an estimated 66 percent of the U.S. Latino population, Hollywood could take a second look at “once upon a time” movies with Latinos part of the main cast and plot topics.