Hulu Is Back In The ‘Shadows’ With New Vampire Adventures 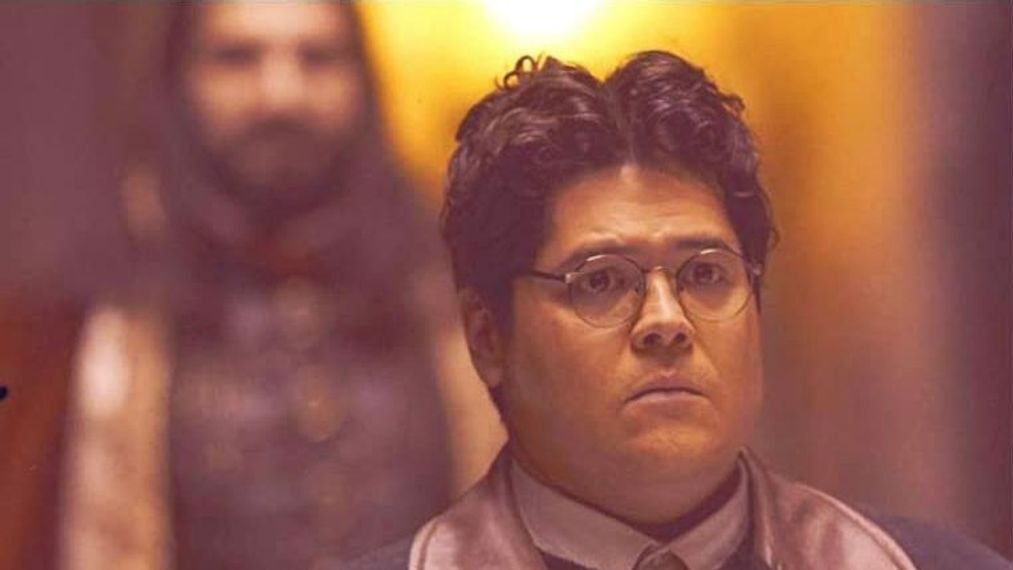 Actor Harvey Guillén plays Guillermo de la Cruz in “What We Do in the Shadows.” (Amazon)

The new season of Hulu’s vampire comedy “What We Do in the Shadows” is back, bringing death, romance and everyday confusions.

“What We Do in the Shadows” follows four century-old vampires as they interact with the modern world in New York. To help them navigate the various challenges, the vampires rely on Guillermo de la Cruz, who has served them for years and hopes to become a vampire, as well.

After the shocking finale of the previous season, the housemates are in a panic. They discover Guillermo is a vampire killer and don’t know what to do.

Season three has the four vampires excited about becoming the new leaders of the Vampiric Council — until they discover only one can sit on the council’s coveted high chair. A struggle for supremacy ensues.

The characters will also meet the vampire from which all descended and deal with a siren, gargoyles and ex-girlfriends. The next season finds them playing werewolf kickball, encountering wellness cults and supernatural curiosities.

Also, vampire Colin Robinson is turning 100, while Nandor, faced with his eternal-life crisis, searches for more meaning. Will he find love or is he destined to be an immortal bachelor with 37 ex-wives?

“What We Do in the Shadows” was inspired by a 2014 film. The television series has received 10 Emmy Award nominations, including Outstanding Comedy Series and a Critics’ Choice nomination for Best Comedy Series.

Clement and Taika Waititi wrote the series, with the latter also serving as executive producer. The mockumentary series premiered on Sept. 2.

Hulu’s ‘What We Do in the Shadows’ first appeared on LatinHeat Entertainment.

«Previous Post
Combate Global And Univision Have Been A Winning Combination»Next Post
Mexico Celebrates Its Independence With Chiles En Nogada, A Unique Dish