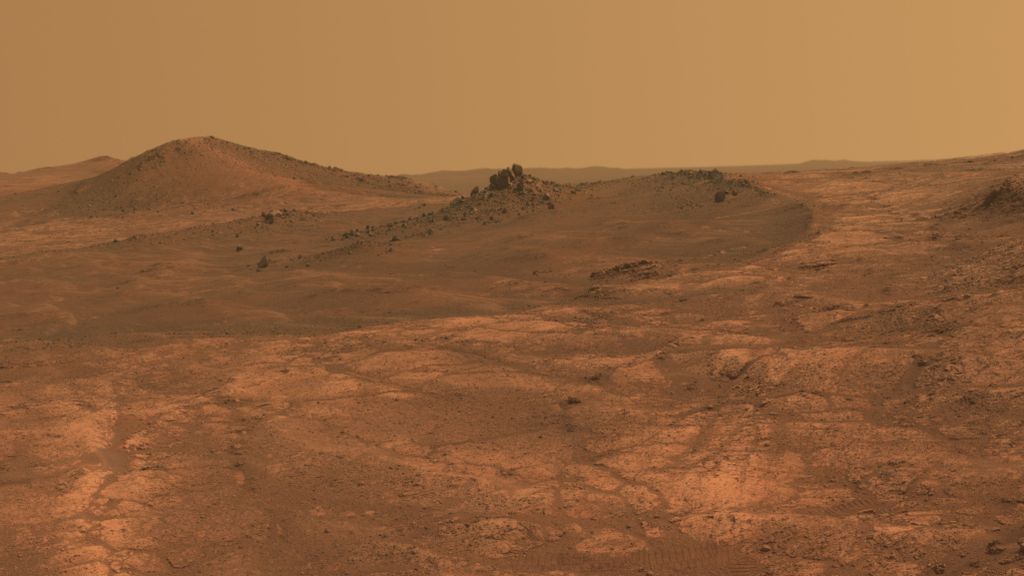 A new concrete material made from Mars dust plus the blood, sweat and tears of astronauts could be used to build housing on future manned missions to the Red Planet. (NASA/JPL-Caltech/Cornell Univ./Arizona State Univ.)

The high cost of transporting building materials to Mars and the moon has driven scientists to discover that astronauts themselves bear the keys to future housing all those miles away.

Building on Mars appeared to be prohibitively expensive, given that transporting a single brick to the Red Planet can cost more than $2 million. But scientists at the University of Manchester have found a way to mix extraplanetary dust with astronauts’ blood, sweat and tears to create a material stronger than ordinary concrete.

“Scientists have been trying to develop viable technologies to produce concrete-like materials on the surface of Mars, but we never stopped to think that the answer might be inside us all along,” said Aled Roberts of the University of Manchester, who worked on a project to discover innovative materials. He said the technique developed by his team has advantages over others proposed for use on Mars and the moon.

A study published Sept. 14 in Material Today Bio showed that future Mars colonists will have to use resources at hand for shelter and construction. Known as in-situ resource utilization (or ISRU), the method would use Martian regolith or soil, as well as rock and the planet’s sparse water resources. Until now, the colonists themselves had been overlooked as a resource for materials.

Scientists showed that human serum albumin, a common protein from blood plasma, can serve as a binder for simulated extraplanetary dust to produce the building material. Called AstroCrete, the concrete-like material has a compressive strength as high as 25 MPa (Megapascals), about the same as the 20–32 MPa seen in ordinary concrete.

The underlying bonding mechanism occurs as blood proteins denature or curdle, forming a structure with interactions known as “beta sheets” that tightly binds the material together.

According to the study, more than 1,100 pounds (500 kilograms) of AstroCrete could be produced during a two-year mission on Mars by a crew of six astronauts. Each crew member could produce enough AstroCrete to be used as mortar for sandbags or heat-fused regolith bricks to expand the habitat to support an additional crew member, doubling the housing available with each successive mission.

Historically, animal blood has been used as binder for mortar. “It is exciting that a major challenge of the space age may have found its solution based on inspirations from medieval technology,” Roberts said.