VIDEO: Between A Rock And A Hard Place: Sperm Donor Coral Will Save Reefs Ravaged By Climate Change 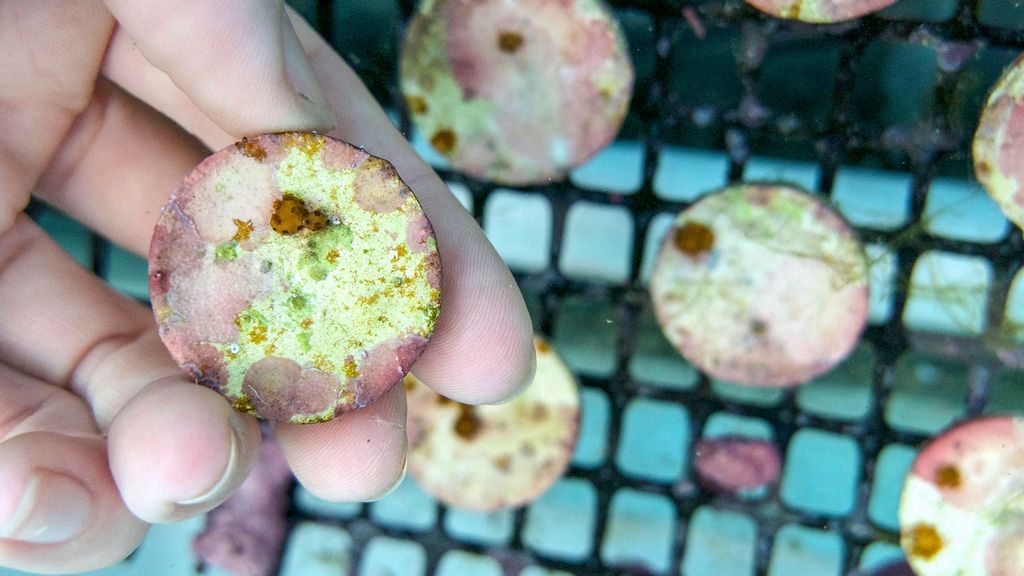 Juvenile colony of critically endangered elkhorn coral grown at the CARMABI research station on the island of Curaçao in the Caribbean Sea. (Kristen Marhaver/Zenger)

Scientists have transported flash-frozen coral sperm hundreds of miles to fertilize eggs in the hope that increasing genetic diversity will make the corals more resistant to the effects of climate change, which is decimating coral reefs across the planet.

In a statement released by Pennsylvania State University Eberly College of Science on Sept. 7, researchers detailed how they plan to save coral reefs around the island of Curaçao in the southern Caribbean Sea by fertilizing eggs with coral sperm flash-frozen and transported from Florida and Puerto Rico.

“Corals are a vital foundation species for reef ecosystems,” Iliana Baums, professor of biology at Penn State and one of the leaders of the research team, said.

“Reefs provide [a] habitat for astonishing species diversity, protect shorelines, and are economically important for fisheries, but they are suffering in many places due to warming ocean waters,” Baums said.

According to the Fish & Wildlife Foundation of Florida, coral reefs occupy less than 1 percent of the world’s oceans, but approximately 25 percent of marine fish species inhabit coral reefs during some part of their lives.

The researchers believe that without some form of intervention, climate change will continue to decimate coral reefs, with disastrous environmental consequences.

According to the statement, genetic diversity fuels the ability of a species to adapt to challenging circumstances.

“One of the main sources of genetic diversity is sexual reproduction; new combinations of genes are created when a sperm fertilizes an egg,” the researchers said.

They found that sexual reproduction among elkhorn corals in the Caribbean is now extremely rare, and due to the stationary nature of coral, they have little chance of gaining diversity through interaction with distant reefs, making them extremely vulnerable to the effects of rising ocean temperatures.

“To increase genetic diversity in corals, we can use ‘assisted gene flow’ by bringing corals together that are physically distant in the wild, but this is logistically incredibly difficult,” Baums said.

“Most corals only attempt sexual reproduction once a year, and the eggs and sperm are only viable for a short time,” Mary Hagedorn, a research biologist at the Smithsonian Conservation Biology Institute and lead author of the study, said.

“Cryopreservation allows us to breed corals with parentage from hundreds of miles [away],” said Hagedorn, who developed the technique to preserve coral sperm cryogenically, or at very low temperatures.

Corals reproduce by sending bundles of eggs and sperm into the water in a large underwater event that takes place during full moons.

The researchers collected these bundles in Florida and Puerto Rico, separated the eggs and the sperm, and then flash-froze the sperm using a cutting-edge liquid nitrogen cryopreservation technique.

“Because these corals only produce eggs and sperm once per year, frozen sperm collected in Florida and Puerto Rico needed to be cryopreserved in advance and stored for over a year until it could be used for a spawning event in Curaçao,” Baums said.

“Overall, 42 percent of the trans-Caribbean coral offspring survived to at least six months, the highest survival rate ever achieved in this endangered species,” Kristen Marhaver, a marine biologist at the CARMABI Foundation in Curaçao and co-corresponding author of the study, said.

“These results demonstrate that assisted gene flow could be a valuable tool in conservation by introducing genetic diversity into this critically endangered marine species,” Baums said.