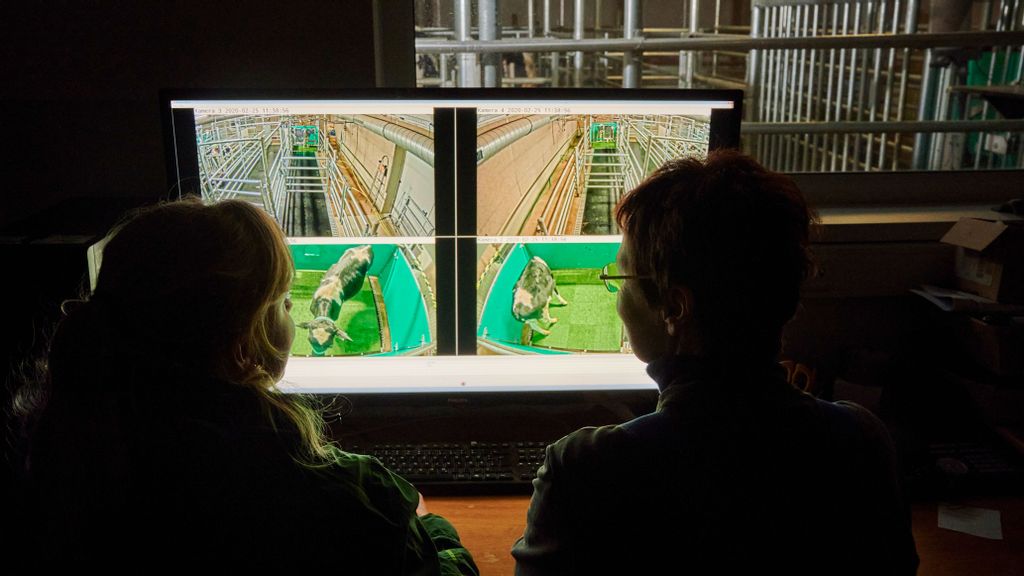 Cows produce greenhouse gases, such as ammonia and methane, but researchers say they can be potty-trained as a control measure.

An international team of researchers described in an article published in the journal Current Biology how bovines can be trained to defecate and urinate in specific places, thereby reducing air pollution and cleaning up their barn environment.

“It’s usually assumed that cattle are not capable of controlling defecation or urination,” said co-author Jan Langbein, an animal psychologist at the Research Institute for Farm Animal Biology in Germany. “Cattle, like many other animals … are quite clever, and they can learn a lot. Why shouldn’t they be able to learn how to use a toilet?”

Gases that contribute to air pollution and planetary warming, or the “greenhouse effect,” include methane, carbon dioxide, nitrous oxide and carbon monoxide.

In places where cows roam freely and relieve themselves where they may, accumulated dung and urine can contaminate local waterways and soil. Though cows can be kept in barns, keeping them confined can result in the accumulation of feces and urine. These combine to form ammonia — an indirect greenhouse gas.

Ammonia from cow urine and droppings does not directly contribute to climate change, but when it leaches into the soil, microbes convert it into nitrous oxide, the third most important greenhouse gas after methane and carbon dioxide. Agriculture is the largest source of ammonia emissions, with livestock farming making up over half of that contribution.

The researchers developed a process they called MooLoo training, which involved rewarding calves for urinating in a latrine. Later, they allowed them to approach the latrines from outside when they needed to urinate.

“You have to try to include the animals in the process and train [them] to follow what they should learn,” said Langbein. “We guessed it [would] be possible to train the animals, but to what extent, we didn’t know.”

By associating urination outside the latrine with an unpleasant experience, the scientists sought to encourage latrine use. “As a punishment, we first used in-ear headphones and played a very nasty sound whenever they urinated outside,” said Langbein. “We thought this would punish the animals — not too [harshly] — but they didn’t care. Ultimately, a splash of water worked well as a gentle deterrent.”

At the end of the study, the researchers managed to train 11 out of the 16 calves, demonstrating a positive response comparable to that of children and better than that of very young children being potty-trained.

Expressing optimism that more training will yield better results, Langbein said, “After 10, 15, 20 years of researching with cattle, we know that animals have a personality, and they handle different things in a different way. They are not all the same.” In a follow-up phase, Langbein wants to test MooLoo training in the real world of barns and pastures in the hope that “in a few years, all cows will go to [the] toilet.”