Latest from director James Wan is less believable than a Scooby-Doo caper. 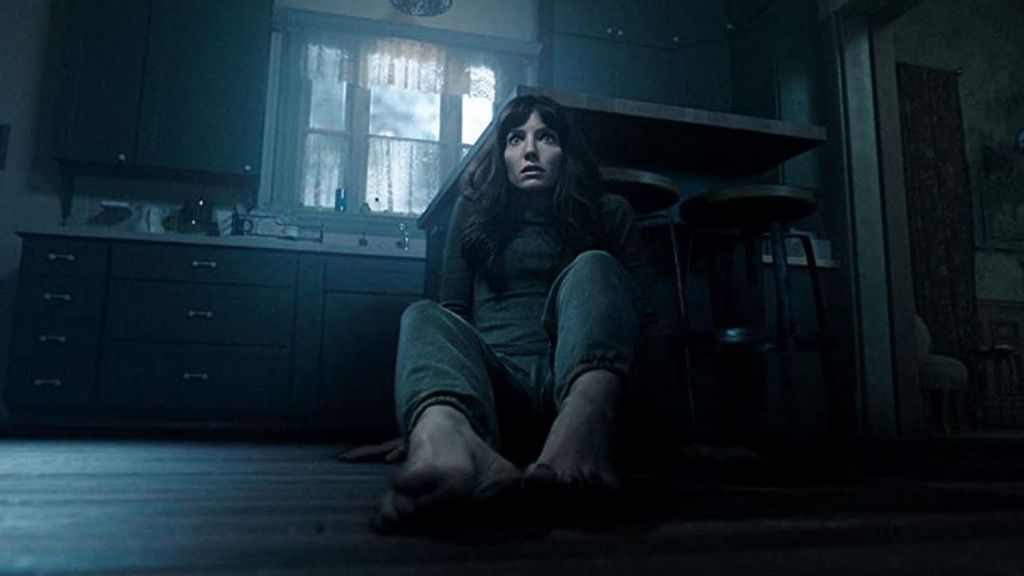 Annabelle Wallis's character is at the mercy of the mysterious Gabriel in “Malignant.” (Warner Bros.)

It is rare for a film to go off the rails in the first five minutes, so when the film “Malignant” does so, consider it an accomplishment (or not).

When it comes to horror movies, James Wan has become one of the most reliable directors in the last decade, with his success in creating The Conjuring Universe, which has generated over $2 billion and many positive reviews.

Warner Bros. Pictures had no problem handing Wan his own small-budget horror movie to work his magic in the hopes of big box office returns. Well, just as quarterback Tom Brady can’t win every game, “Malignant” proves that not every Wan film can be a success.

The Story: Set in the early 1990s, a group of staffers at Simion Research Hospital are brutally murdered by a being known as “Gabriel.” Gabriel (Ray Chase-voice/Marina Mazepa-physical performer) is extremely hostile, with the ability to control electricity and broadcast his voice via electronic speakers. The film then fast-forwards almost three decades to focus on a pregnant woman named Madison Lake (Annabelle Wallis), who is living a miserable life in the Pacific Northwest. Dealing with an abusive husband, Derek (Jake Abel), and enduring three miscarriages in two years, things come to a head with Derek smashing Madison’s head against a wall.

Later that night, Madison has a violent dream of a man entering their house and killing her husband and unborn child. Madison begins having more such nightmares only to realize that they are not dreams. Something has control of her body and is committing brutal murders. Madison, along with her sister, Sydney (Maddie Hasson), have to figure out her connection to this entity before more people die.

Bright Spots: The only positive in a film like this is treating it as if it is a 1980s B movie full of schlock. A movie so bad that it’s good? The jury is still out on that, but absent any ironic entertainment value, “Malignant” is a terrible movie.

Weak Spots: “Malignant” stumbles out of the gate and then falls down a flight of stairs toward the end. The opening sequence is far too absurd for a movie that wants to be taken seriously. The opening five minutes has the camp factor of “Attack of the Killer Tomatoes,” and the film then introduces our pregnant protagonist by having her husband slam her head into a wall before we are even given the character’s backstory.

A jolt of confusion for the audience becomes the most pivotal point of the entire film. We then get a mental chess game between Madison and what we are led to believe is a demonic entity, but when the film explains what is happening, “Malignant” becomes less believable than a “Scooby-Doo” cartoon.

The cast is a mish-mash of actors who act like they are all in different movies. The lead actress tries her best to work with the wet noodle that she was given in the script; secondary characters have no redeeming personality; a wisecracking cop looks like a late replacement for Wanda Sykes; and the monster looks more like Marilyn Manson than a spooky ghost.

The film fails at being scary and funny, so it is impossible to tell how we were supposed to accept this package. It’s too long, too hokey and too ridiculous to be anything that Wan wanted it to be by accident or on purpose. At the end of the day, “Malignant” is a film that everyone involved is going to want to bury in the deep end of their filmography.

The Takeaway: Watching “Malignant” is much like watching a slow-motion train wreck — once the explosions start, you can’t take your eyes off of the screen. That doesn’t mean that what you are seeing isn’t horrific, it’s just transfixing.

See or Skip: “Malignant” is so bad it’s shocking.