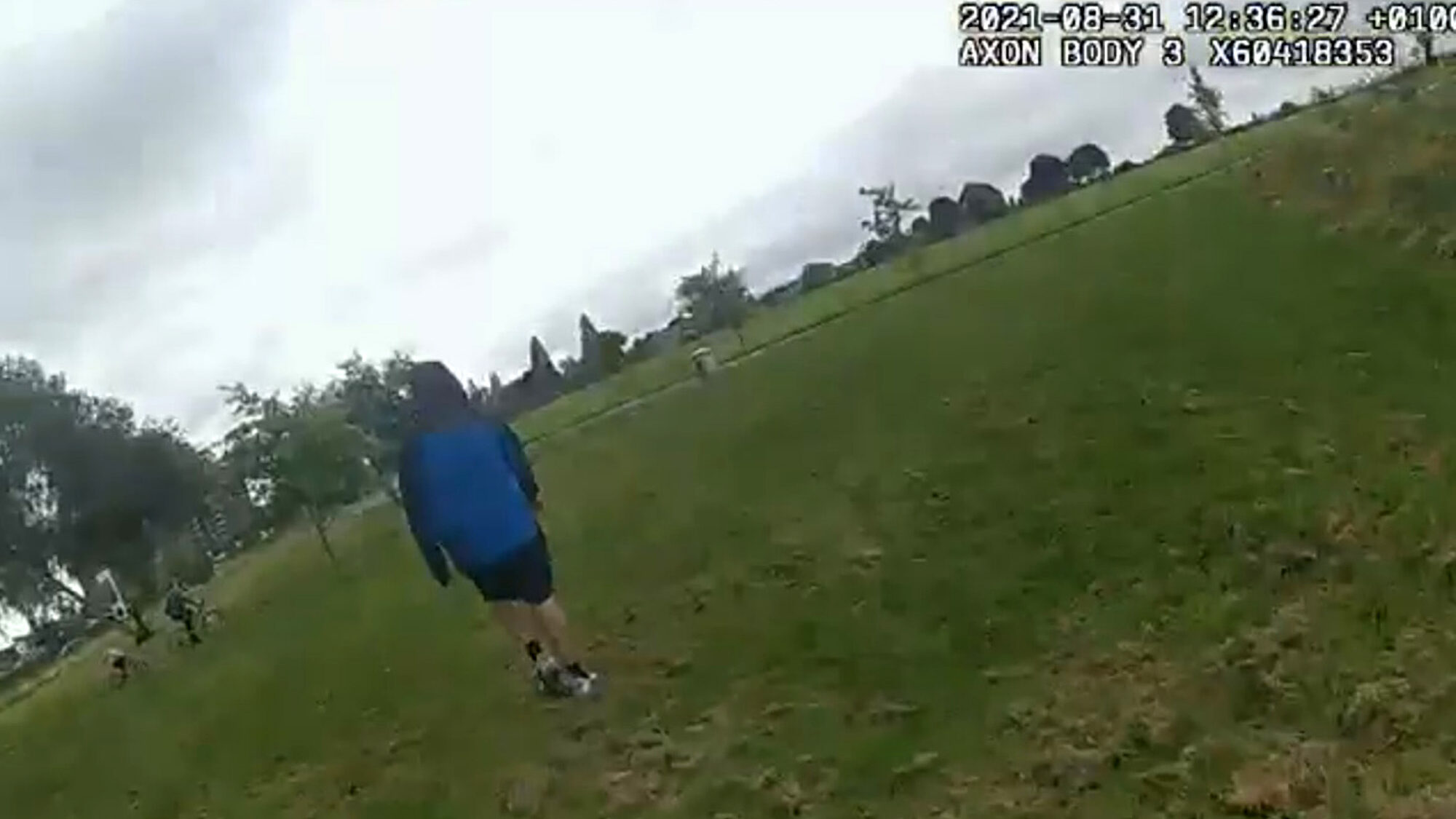 A police officer on a bike caught up with the suspect in Birmingham, England August 31.  (@westmidlandspolice/Zenger)

An agile cop commandeered a man’s bicycle to chase down a domestic-abuse suspect in a park in England.

Video from the police constable’s body camera “shows the officer running after the man in Hob Moor Road, Birmingham, on 31st August before asking a cyclist if he could borrow his mountain bike. He kindly agreed and pedaling PC Tom Harris soon had the suspect in his sights… and in handcuffs,” West Midlands Police posted on Facebook on Sept. 9.

“We caught up with an alleged domestic abuser after a quick-thinking cop commandeered a man’s pedal cycle to pursue the suspect,” West Midlands Police stated.

Recapping the incident, Police Constable Harris stated: “We were on the phone to the woman as we headed to her address, and she told us the man had left and gave us his description. I spotted a man matching the description in Oaklands Recreational Ground, but he was quite some distance away.

“I saw the cyclist and thought it would be a hell of a lot easier to pedal rather than run with all my kit on. A big shout to that man for helping me and for the two PCSOs [Police Community Support Officers] who were nearby and returned the bike while I arrested the suspect.”

The 23-year-old male suspect was wanted for alleged breach of his bail conditions after showing up at a woman’s house and “hammering on the door and threatening to force entry,” police said.

After his arrest, the suspect’s bail was revoked, and he was remanded into prison. He is to appear in court later this year on charges of criminal damage and domestic assault.

“We made sure the kindhearted member of the public was quickly reunited with his bike,” said police.

West Midlands police is the second-largest police force in England, in charge of Birmingham, Coventry, Dudley, Sandwell, Solihull, Walsall and Wolverhampton, according to its website. There are more than 10,000 employees in the force, covering an area of almost 3 million people.

“The West Midlands is among the top five most dangerous counties in England, Wales and Northern Ireland,” according to CrimeRate statistics.

“The overall crime rate in the West Midlands in 2020 was 91 crimes per 1,000 people, and the most common crimes were violence and sexual offenses, which happened to roughly every 41 out of 1,000 residents.”