The feline has a rare brain disorder that makes balance difficult, but social-media fans have embraced it. 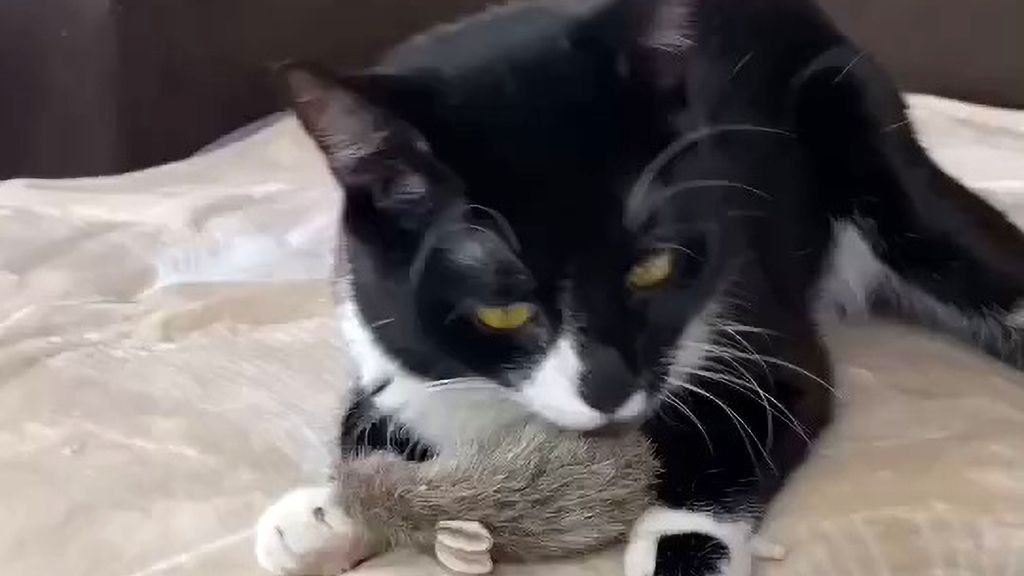 An adopted cat with brain damage has gone viral, thanks to its unusual walk and determined attitude. (@cat_barion/Zenger)

Barik the cat has a rare neurological disorder. Despite that, videos of his attempts to leap on a chair, chase a fake mouse or play with his younger brother, Pinya, have racked up more than 500,000 views on TikTok.

Maria Tsirsh and her boyfriend, Pavel Babarykin, from Saint Petersburg, Russia, said they adopted Barik as a kitten. They never expected he would one day claim 388,000 followers on TikTok as of this writing.

“We got Barik after finding him on a website while looking for a cat to adopt. Even though we were told he suffered from a rare brain disease called Cerebellar ataxia, we decided to take him home, the couple said. The vet told them Barik was probably born with his disorder, but he isn’t in any pain.

Barik’s disorder affects his balance, which gives him an unsteady gait.  But the pair found the cat’s mishaps amusing, so they decided to share them on the feline’s TikTok account.

One particularly popular video — with 1.1 million views — shows the celebrity cat slowly dragging himself onto his owner’s bed and then jumping around in his distinctive style.

“Barik really likes playing with different threads and broken toys. It has become a family tradition for us to spend the evening entertaining him,” the owners said.

Still, Barik can sometimes be challenging. He tries to eat everything and doesn’t consider any part of the home off-limits.

The couple has made sure the TikTok star enjoys life: They put carpet near the bed for him to jump on and leave various toys for him to play with.

Barik is a house cat, but the few times he has ventured out for a walk, people ask his owners: “Is your cat drunk?” His awkward walk doesn’t stop him from running around the house and chasing his younger brother, though he does occasionally fall over.

“To be honest, every day with him is a funny story,” say the couple.