Popcorn With Zenger: ‘The Card Counter’ Is A Mesmerizing Exploration Of The Human Condition 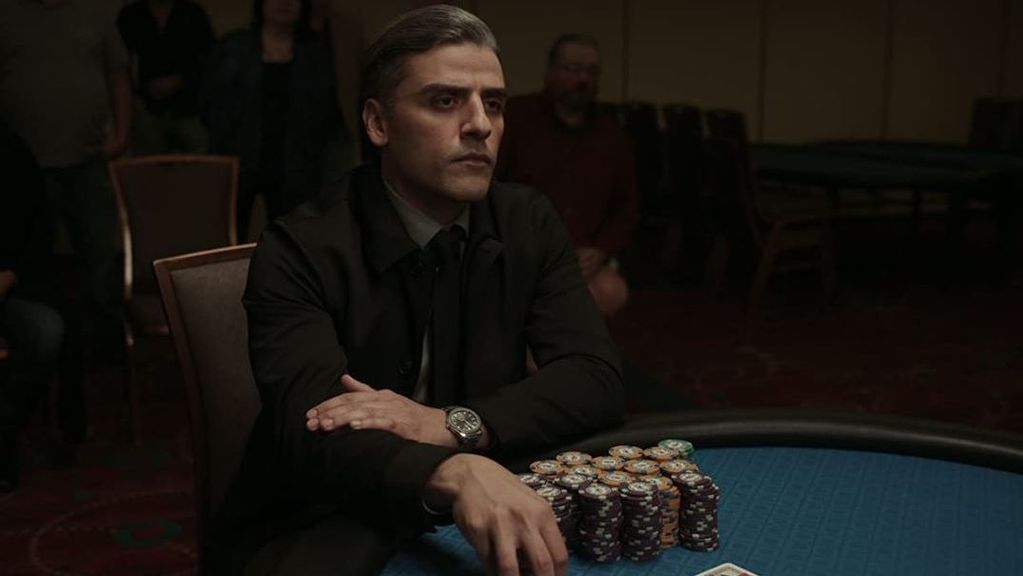 Oscar Isaac plays a man of mystery with a troubled past in “The Card Counter.” (Focus Features)

With the 20-year anniversary of the 9/11 attacks looming, now seems like the perfect time to release a film about the treatment of terrorists at Guantanamo Bay detention camp (several 9/11 plotters are held there). But this isn’t just any social commentary movie that puts people like then-Secretary of Defense Donald Rumsfeld back under national scrutiny after his death — this one happens to be executive-produced by legendary director Martin Scorsese.

Though Scorsese might seem to be the only draw for this movie, narrative-wise, it isn’t a bad story. How would you view life if you believed yourself to be irredeemable? Some people never recover on their road to redemption, especially those in the U.S. military. The government provides all the tools to be a ruthless killer and then when things go awry, they throw you under the bus. How do you respond? How do you continue with life? This is the central question in Paul Schrader‘s “The Card Counter.”

The Story: “The Card Counter” begins as the story of William Tell (Oscar Isaac), a mystery man who goes from casino to casino counting cards and winning decent sums of money. Tell is a former veteran who was incarcerated for more than eight years for his role in the torture of detainees at a military interrogation site.

One day, Tell finds a young kid named Cirk (Tye Sheridan) whose father was one of the officers involved in the scandal with Tell. Cirk’s father killed himself because he couldn’t live with his actions and now Cirk wants revenge against commanding officer John Gordo (Willem Dafoe), who walked away from the scandal without punishment.

Tell isn’t interested in revenge against the man who wronged him, but he does see an opportunity to make things right by helping Cirk to move on with his life. Tell enters high-stakes poker tournaments in order to pay off Cirk’s debts. But much like Cirk, Tell has his own demons that he is refusing to face.

Bright Spots: The central story of “The Card Counter” doesn’t have much to do with Gitmo, as Guantanamo is known, even though there is plenty of social commentary on the problems with American imperialism. This is a story about redemption and the personal struggle to achieve normalcy. The film begins with a tutorial about the art of counting cards in blackjack that gives the audience a false sense that the movie is about gaming the system, but the story becomes much darker than that.

Isaac does a brilliant job in portraying the quest of atonement as a man who, despite his emotionless demeanor, is riddled with regret, anger and resentment. Tell finds a moment of levity with a young kid who shares his anger but doesn’t share his ability to rationalize his life decisions. Sheridan is well cast as a man pumped full of rage but with little direction in his life. Tell is able to identify this character flaw and tries to right his ship in one of the most powerful scenes the movie has to offer.

The film is at its best when the subject dips into the struggle of the human condition and uses its characters to display the extremes of that spectrum. All is well for two-thirds of the film, but the ending’s need for closure leads to problems.

Weak Spots: Tiffany Haddish portrays a silent backer of Tell’s card playing. The film teases an emotional and romantic connection between the two characters but abandons it in the third act. That makes it more of a distraction from the narrative, which exposes another problem: the ending.

Schrader’s script does an amazing job in its setup, but it doesn’t stick the landing. The urge for an abrupt and definitive ending leaves a lot to be desired, after establishing a bond with the characters for nearly two hours. Dafoe is the film’s central antagonist, a corrupt military commander who was responsible for the brutality that destroyed many lives; however, he is spoken about more than he is shown, and only has a glorified cameo in the film.

The Takeaway: “The Card Counter” is a great character study of a man struggling to atone for a troubled past. Some imagery is disturbing, and the film certainly isn’t for everyone, but cinephiles won’t find many better films like it so far this year.

See or Skip: While a stronger finish would have made “The Card Counter” one of 2021’s best films, it is still sound enough to get a strong recommendation for those looking for a quality flick this weekend.