Caterpillars are unable to escape adults hungry for essential pheromones. 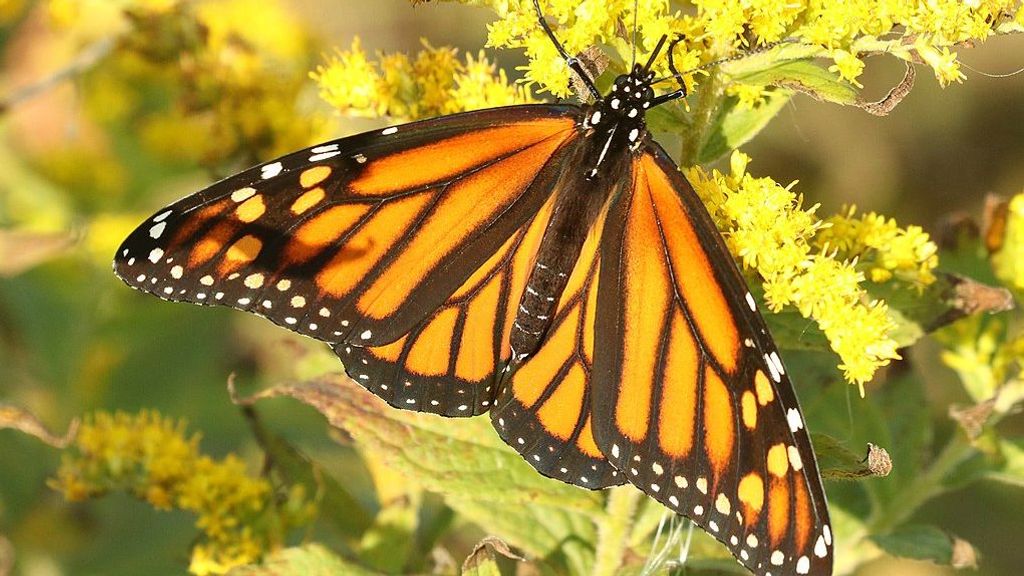 The monarch butterfly is a species of milkweed butterfly. (Alan Schmierer/Flickr)

A new study raises questions about evolutionary theory, as adult milkweed butterflies were observed by researchers harassing, subduing and then feeding on a subspecies: live, dying and dead caterpillars.

“This is the first time the behavior has been reported,” said Yi-Kai Tea, a co-author of the study, published Sept. 8 in The Scientific Naturalist.  Because this behavior does not fit neatly in the traditional modes of predation, parasitism or mutualism, the report posits, it offers a challenge to evolutionary theory.

At the larval stage of butterflies and moths, caterpillars feed on toxic plants, ingesting chemicals they use for self-defense. The chemicals make caterpillars unpalatable to predators such as birds and are manifested in adult species as beautiful colors. Among the milkweed butterfly species is the monarch butterfly of North America.

The same substances produce mating pheromones in male butterflies, which function as nuptial “gifts” to females during courtship. Males supplement their diet by seeking out additional sources of the chemicals in plants. However, in the forests of North Sulawesi, Indonesia, they seek out caterpillars to increase their supply.

“We have coined it ‘kleptopharmacophagy’— chemical theft for consumption,” said Tea, a systematic ichthyologist and taxonomist at the University of Sydney.

To supplement the chemical supplies they obtain as caterpillar juveniles, the butterflies engage in a behavior known as “leaf-scratching.”

But scratching live caterpillars had been previously unknown. “Caterpillars are essentially bags of macerated leaves, the same leaves that contain these potent chemicals the milkweed butterflies seek out. To adult butterflies, they may simply be an alternative source of chemicals on which to feed,” said Tea.

Tea first observed caterpillar scratching in 2019 in the coastal forests of North Sulawesi. There he saw adult male milkweed butterflies scratching at both leaves and live and dead caterpillars and apparently sucking the juices from wounded and oozing young.

“The caterpillar larvae would contort their bodies rapidly in what appeared to be futile attempts to deter the scratching,” he said.

Milkweed butterflies had been known to feed on carcasses of other chemical-containing insects. However, this is the first time that feeding on living insects of the same order has been observed. So far, researchers don’t know whether caterpillars died because of the scratching.

“Nonetheless, these simple observations raise questions about the ecology of these well-known butterflies, providing numerous opportunities for future studies,” said Tea. “For example, which exact compounds are these butterflies interested in? Does this behavior occur elsewhere in the world?”