Government officials and political scientists say the demonstrations are “undemocratic.” 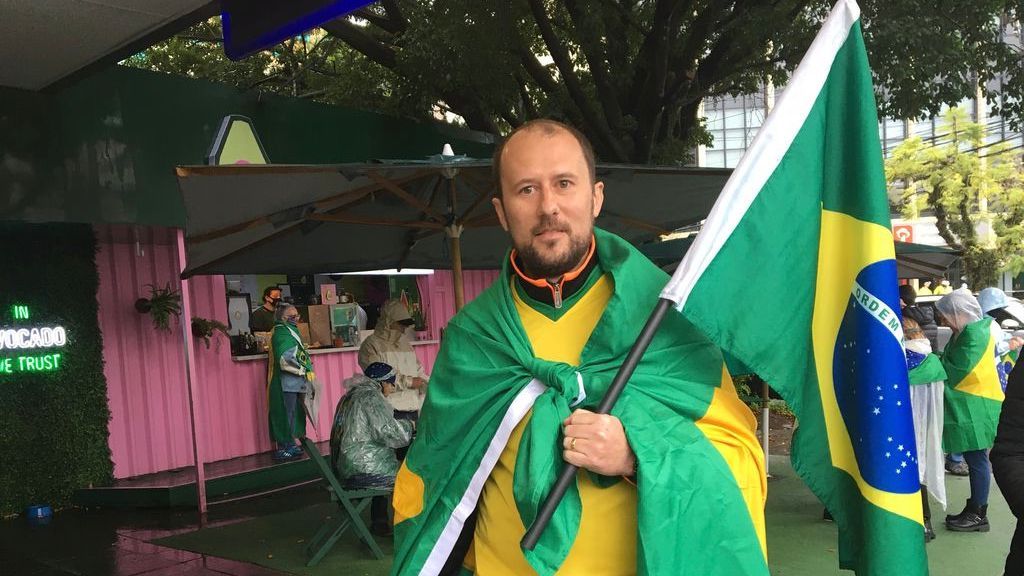 Thousands of protesters flooded the streets of Brazil on Sept. 7, the day on which the country celebrated the 199th anniversary of its independence. They marched in support of Jair Bolsonaro’s government in 26 state capitals and Brasília, the country’s capital.

Demonstrators spoke out against the Supreme Court’s justices and the National Congress. They called for military intervention and defended Bolsonaro’s printed ballot recommendation. The president had proposed using paper ballots instead of the current electronic voting system, but the Chamber of Deputies rejected the issue in a plenary session on Aug. 10.

Bolsonaro and his allies, without presenting evidence, recently denounced electronic voting as fraudulent, spurring the Supreme Court to authorize an investigation.

In response, Bolsonaro threatened the Supreme Court and democracy itself in speeches on the Esplanade of Ministries in Brasília, and on Avenida Paulista in São Paulo, during the Sept. 7 rallies. He called the elections a “sham” and said he would leave office only “imprisoned or dead.”

“Either the head of this power [the judiciary] aligns [with the executive], or the power suffers something that we would not like,” said Bolsonaro addressing Justice Luis Fux, the president of the Supreme Court.

“We will no longer accept that any authority, using the force of power, passes over our constitution. We will no longer accept any measure, action or statement that goes beyond the four lines of the constitution,” said Bolsonaro. He was addressing Justice Alexandre de Moraes, who recently ordered 34 Bolsonaro followers have their profiles removed from social media for spreading false information.

Shortly after the president’s speech, Justice Alexandre de Moraes responded on Twitter without directly mentioning Bolsonaro: “We commemorate our Independence on Sept. 7. It guaranteed our Freedom, which is only strengthened with absolute respect for Democracy.”

The Sept. 7 demonstrations were a “coup trial” orchestrated by Bolsonaro, according to Hermílio Santos, the political scientist and coordinator of the Pontifical Catholic University’s Center for Economic and Social Analysis in Rio Grande do Sul.

“Bolsonaro did not want to launch a coup on this day, but to assess what popular support he would have [if he wanted] to take power,” Santos said. “At the same time, he runs the risk of encouraging the opposition to unify around an impeachment request. It was a high-stakes move that could shorten his term. Bolsonaro’s purpose is to become a dictator. He is following the script of other authoritarians.”

In Porto Alegre, Rio Grande do Sul’s capital, Bolsonaro’s followers did not bow out with the rain and took to the streets surrounding the Parcão, in the Moinhos de Vento neighborhood. Covered with umbrellas, wrapped in Brazilian flags and wearing green-yellow shirts, protesters asked to revisit the printed ballot proposal for the next election in October 2022. They demanded military intervention and the end of communism. Most people were not wearing masks, which goes against the health regulations.

For businessman William Schmidt, 35, the Sept. 7 demonstrations align with the fight for democracy in Brazil. “Democracy is the will of the people, which is expressed through protests. The media and government officials’ discourse is one thing, but the will of the people is another, that is, that they [leaders] respect the Constitution and the conservative values,” he said.

On the opposite side of the political spectrum, leftist parties’ supporters, trade unionists and indigenous people protested against Bolsonaro’s government. They all belong to the Grito dos Excluidos, a group that demonstrates every year to support all people without access to fundamental human rights.

The group met late in the morning outside the Parque da Redenção, in Porto Alegre’s downtown. Demonstrators from the Grito dos Excluidos placed crosses on the ground under an overpass, honoring the more than 584,000 people who have died from COVID-19 in Brazil since the pandemic’s start in 2020. They also distributed solidarity lunches for homeless people.

“It was a day full of symbolism. We had a community luncheon and then walked a short way because it rained a lot. Today adds one more day to our battle. We have been doing this for 27 years, regardless of who is in power,” said Amarildo Pedro Cenci, the regional president of the Central Única dos Trabalhadores, the country’s largest trade union.

“It was a mistake to put Bolsonaro in power. It is becoming increasingly clear that it is a mistake to keep him. Inflation, unemployment, power cuts, Amazon deforestation, the pandemic … those should be the President of the Republic of Brazil’s enemies and not other Brazilians. But Bolsonaro is choosing self-deception: our colors and our country have no owner. We will defend Brazilians and the democracy that he is attacking,” he tweeted.

Justice Fux gave a speech at the beginning of the court session on Sept. 8. He harshly criticized Bolsonaro’s speeches. Fux said that any head of the executive branch who fails to comply with judicial decisions would be committing a crime of responsibility.

Fux also described the independence celebration’s events as “undemocratic and illegal practices” and stressed that the Supreme Court would no longer tolerate threats. The speech was broadcast in the Brazilian media.

“We will pay attention to those false prophets of patriotism, who ignore that true democracies do not force citizens to confront their fellow citizens, or the people to confront their institutions. We all know that those who promote the narrative of ‘us vs. them’ do not support democracy but the politics of chaos,” said Fux.

A new electoral poll by Atlas Político shows that Bolsonaro’s approval continues to fall, with 64 percent of Brazilians rejecting his government.

Groups opposing Bolsonaro will take to the streets to demonstrate against what they call anti-democratic acts and the country’s economic, political and social crisis on Sept. 12.

Translated and edited by Gabriela Olmos. Edited by Kristen Butler and Melanie Slone.