Dubai police have $160,000 Aston Martin Vantage that will leave thieves sheikh-en and stirred. 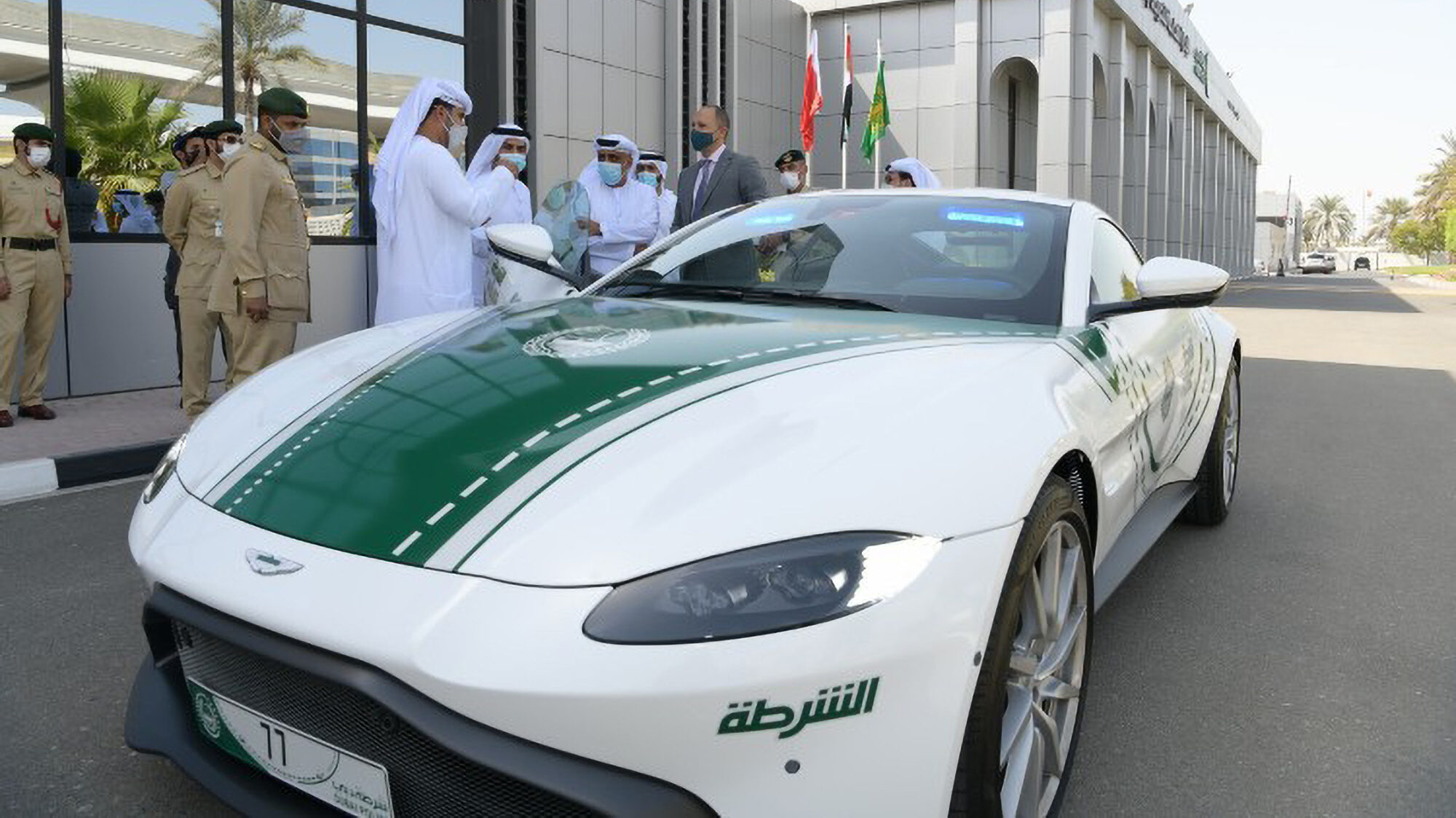 No Dodge Durangos or Chevrolet Tahoes for the police in Dubai. No Blues-Brothers-mobiles. And no bicycles.

The best-known Arab emirate has long equipped a fleet of ultra-luxury police cars that are in keeping with its uber-wealthy image. (Dubai consistently places among the top 20 nations in Gross Domestic Product per capita.)

The latest addition to its lineup of squad cars is a British-made Aston Martin Vantage. It boasts a custom “77” number plate that pays tribute to the seven Arab emirates, and to the number 007, the fictional spy James Bond’s “License to Kill” code number, according to a government statement.

That tie-in is no accident: The delivery of the Aston Martin cop car comes just a few weeks before the release of a new Bond film, “No Time to Die,” which opens Sept. 30. Daniel Craig will again star as the iconic British secret agent who has driven Aston Martins throughout the franchise’s 25 films.

“It is an honor to have an Aston Martin join Dubai police’s fleet of supercars, and the Vantage is the perfect model to make such a statement — purity at its finest, a hint of aggression and engineering that pushes it upwards of 300kph [186 mph],” said Ramzi Atat, Aston Martin’s head of marketing and communications for the region.

The Vantage features a 4-liter twin-turbocharged V8 engine that produces 503 horsepower. It can go from zero to 62 mph in 3.5 seconds, and its top speed is 195 mph. It has seven gears, with both manual and automatic transmissions available.

The car’s starting price is $146.000, according to Aston Martin Austin, in the Texas capital. The city of Dubai hasn’t said what it paid for its new Aston Martin Vantage.

Aston Martin has positioned the Vantage as an entry-level supercar, in contrast with its Lagonda Taraf sedan. That’s one of the world’s most expensive production sedans, which retailed for more than $1 million when it hit dealers in 2015. That’s nearly enough for two Rolls-Royce Phantoms with every option available, which top out at $600.000.

The new ride joins an exclusive police fleet that also includes a Ferrari, several Porsches, a Bugatti Veyron, some McLarens and some Bentleys. Beat cops in Dubai also wheel around in a Lamborghini Aventador, several BMW model i8s, a Ford Mustang, a Mercedes Benz SLS AMG, and an Audi R8 V10, which have all been painted in the force’s traditional green and white.

The department’s car roster includes another Aston Martin, a Lykan HyperSport, a Chevrolet Camaro SS, a Chevrolet Corvette, a Dodge Viper, a Jaguar F-Type, a Hummer H3, several Lexuses, and a Maserati GranTurismo.