More than 33,500 deaths per year were directly attributable to wildfire pollution across the 43 countries studied. 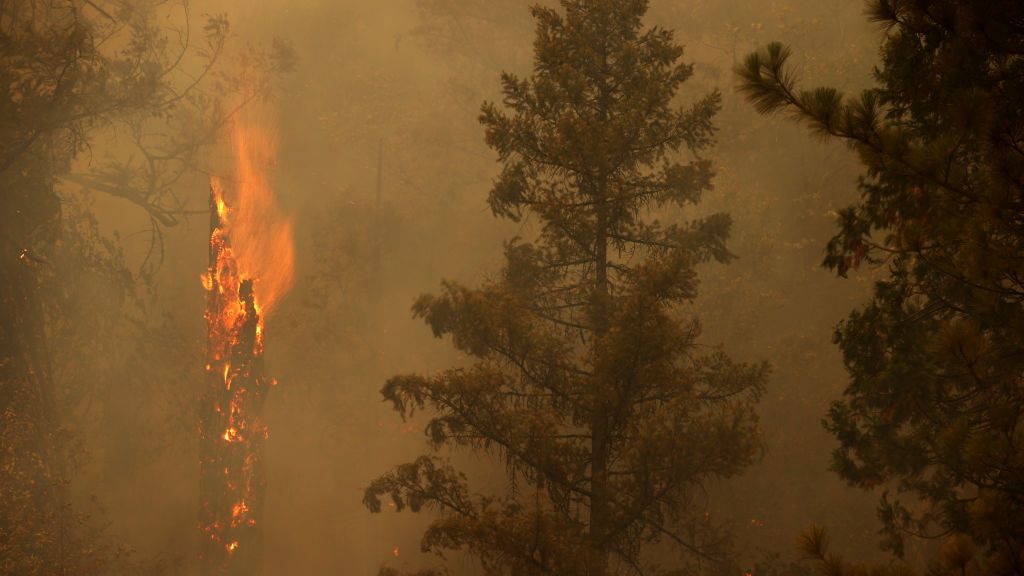 A tree burns as the Dixie Fire moves through the area on July 26, 2021, near Quincy, California. The Dixie Fire, which began on July 14 and is still active, has so far burned 922,507 acres and destroyed more than 1,000 structures, according to Cal Fire. (Justin Sullivan/Getty Images)

A landmark study unveiled this week comprehensively shows that short-term exposure to the smoke of wildfires is linked to cardiovascular- and respiratory-related deaths around the world.

Published in the September edition of The Lancet Planetary Health, the study is based on more than 65.6 million deaths, from all causes, collected in 749 cities in 43 countries from Jan. 1, 2000, to Dec. 31, 2016. The study cross-referenced that data with daily concentrations of wildfire-related fine particulate matter (PM2.5), which enters the lungs and then the bloodstream. Wildfire PM2.5 is more toxic than particulates from urban fires, due to its smaller particle size and associated high temperatures, the study states.

Wildfires have devastated forests and croplands in several countries in recent years. The 2019–2020 wildfire season in Australia burned more than 45 million acres, while at least 259,000 burned in California in 2019.

“The pollution from wildfire smoke can spread as far as 1000 kilometers [621 miles] away, and the risk of wildfires is projected to increase as climate change worsens,” said Guo, adding that the spread of such air pollution knows no borders.

The international research team, led by Guo and fellow Monash University professor Shashan Li, determined that more than 33,500 deaths per year were directly attributable to wildfire pollution in the cities examined.

In 2021, the more than 260 major fires in Brazil’s Amazon region have burned through over 260,000 acres, or about the size of Los Angeles, California. “This data reveals significant health impacts of wildfires, at a time before the 2019 fires across Brazil captured global attention followed by an equally intense fire period last year,” Guo said.

During the study period, more than 48,000 Brazilians were hospitalized each year because of wildfire pollution, mainly in the cities in the north, south and central-west regions. The study showed that hospitalizations of children from birth to 9 years and people aged 80 years and older were notably high.

While most wildfires occur in remote areas of Brazil, “toxic smoke from these wildfires in the Amazon region can rise as high as 2,000 to 2,500 km [1,240 to 1,550 miles] up into the atmosphere and travel great distances, threatening people thousands of miles away,” Guo said.

The authors of the study conclude that: “policymakers and public health professionals should raise awareness of wildfire pollution to guide prompt public responses and take actions to reduce exposure. Effective wild land management policies and practices should be implemented to manage vegetation and mitigate climate change as far as possible.”