Radical groups have been emboldened by the Taliban’s recent successes in Afghanistan, says Dr. Carole Lieberman. 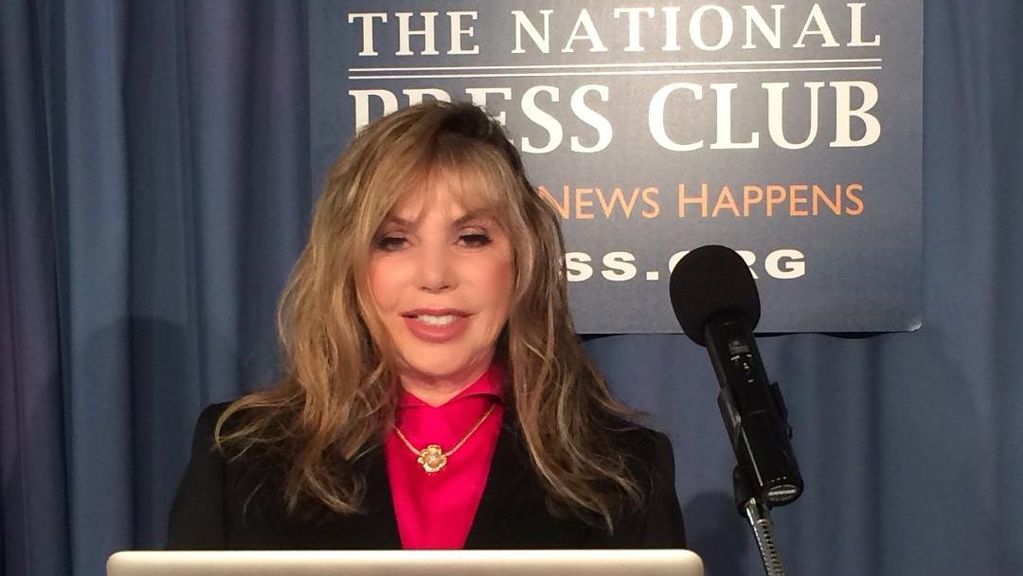 Psychiatrist Dr. Carole Lieberman has made it her mission to educate people about the threats of terrorism and to maintain awareness on the constant threats of an attack.

The author of two award-winning books, “Coping With Terrorism: Dreams Interrupted” and “Lions and Tigers and Terrorists, Oh My! How to Protect Your Child in a Time of Terror,” earning her the moniker, “The Terrorist Therapist.” She is also the host of a podcast bearing that name.

In addressing the ongoing threat of a terrorist attack, the Beverly Hills, California-based psychiatrist tackles hard issues that many are reluctant to discuss. She has appeared on numerous TV shows, including “Oprah,” “Good Morning America,” “Access Hollywood,” FOX News and CNN, among others.

The nation is approaching the 20th anniversary of the Sept. 11, 2001, Islamic terrorist airplane attacks on the World Trade Center in New York City and the Pentagon just outside Washington, D.C., and another that brought down a plane headed for the nation’s capital in a field in Pennsylvania. The attacks killed 2,996 people that day.

Lieberman talks with Zenger about the recent events surrounding the U.S. withdrawal of troops and civilians from Afghanistan, the purpose of her books and much more.

Lieberman: That’s an interesting question because I can’t complain in terms of my own life. With all the things happening in Afghanistan and what that means in terms of terrorism in the United States, it’s eerily similar to what took place 20 years ago.

Zenger: That has been your passion for 20 years — to educate people on terrorism and shed light on 9/11.

Lieberman: This is exactly what I have been trying to warn people about. I didn’t know it was going to have to do with Afghanistan, but I knew that the terrorists were not giving up. They were going to be coming here, and people needed to become more resilient. And that’s what I have been trying to get across for 20 years — for people to not think there is only one 9/11, or the end of the terrorist plan to come to America and attack us.

Zenger: You are medical doctor and a psychiatrist. What was 9/11’s impact on you?

Lieberman: I’m a born-and-bred New Yorker. Even though I was already living in California when 9/11 happened, my heart was and still is in New York. At the time of 9/11, my daughter was a freshman at Barnard College in Manhattan. So I got a blow-by-blow description of everything that was happening, besides what the media was reporting.

Zenger: What steps did you take?

Lieberman: One of the first things I did was start a toll-free line for people to call to get help. Then I did an audio and then video program for in-flight entertainment because people were so scared of flying after 9/11. That was played on Delta and some foreign airlines. I kept looking for ways to reach more people. Since 9/11, I have been doing media interviews and speaking engagements.

In 2005, England had their 9/11, which was 7/7. It’s interesting because I wrote a book called “Coping With Terrorism: Dreams Interrupted.” I was having trouble finding a publisher in the U.S., which was interesting because still today, there is so much denial in the U.S. about terrorism. But a London publisher wanted to publish it, so obviously I had to skew it toward London. I have lived in London and studied there. I also worked at the Maudsley Hospital in London, and I was married to an Englishmen, so I knew a lot about their culture.

The book is really applicable to anybody, but there was some focus on London. But as far as the psychological issues, that’s for anybody living anywhere. That came out on the one-year anniversary of 7/7. I went to England and did media, speaking engagements, and helped people as much as I could. I interviewed some families for the book who has lost people in 7/7.

Zenger: You also found yourself being “Amazon bombed”— that is, a group of people got together and intentionally bombarded the site with negative reviews about your book — correct?

Lieberman: Yes. I recently got the rights back to “Coping With Terrorism” and I will be putting it up on Amazon, but what’s currently on Amazon, I guess the London publisher had some copies. From 2011 there are some really negative reviews, though there are some good ones as well. I gave an interview in 2011 about media violence. I’ve been a long-time activist, way before 9/11, against media violence. I have been quoted and on TV debating the video game industry and all kinds of things.

I didn’t think anything of it, it was the things I had been saying for years about violent video games. But apparently a bunch of gamers did not like it, and they Amazon-bombed all the books on the site that had my name on them. I’m just giving you a heads-up in case you look that up.

Zenger: What made you decide to dedicate a book on adults teaching kids about terrorists and terrorism?

Lieberman: I asked myself, who was the most important group to reach about terrorism? I figured it would be kids. That’s when I decided to write, “Lions and Tigers and Terrorists, Oh My! How to Protect Your Child in a Time of Terror.” The first half of the book is written for grown-ups, including parents and teachers. The second half of the book is a picture book for kids.

It has what is a terrorist, and Osama bin Laden is in there. It’s like terrorism-lite. As I was writing this book, I asked a ton of parents if they talked to their kids about terrorism. Pretty much everybody said, “No!” It didn’t matter if their kids were 3 or 13. Some said they mentioned it a little bit when it’s on television, but it really wasn’t on television that much. But for the most part, none of them had talked to their kids about it. I wrote this book and it’s won five awards, including a “Mom’s Choice” Gold Award.

Zenger: Congratulations. That’s awesome. You also do a podcast as well. Can you tell us what that’s about?

Lieberman: Thank you. I have been doing a podcast for over five years. It’s a weekly podcast in which I take on the hottest topic in terror for that week. Sometimes when there’s nothing major happening in that arena, I would find stories about things that aren’t in the mainstream media. I do a ton of research for each show. It can be a small terror attack. For all these years, there have been a number of small terror attacks, certainly in Europe.

I analyze the terrorist and try to explain why they might have done this. Not so much the religious part, but talking about their childhood and why they were drawn into becoming a terrorist. When Afghanistan recently fell to the Taliban, I did several shows on that, including “Kabul Today, New York Tomorrow.” I feel like it’s the same today as it was for 9/11. I am trying to wake people up. It’s not something that people necessarily enjoy talking about.

Today’s children, anyone less than 20 years old, were not even born when 9/11 occurred. It’s important to let them know and get them to understand what happened during 9/11 and the ongoing threat. The only reason there haven’t been terror attacks over the past couple of years is because of COVID. There were no large groups to attack and traveling was more difficult.

Zenger: Does your book convey the message to kids in a non-scary way?

Lieberman: Yes, in my book, I have a page titled,“What is a terrorist?” I have a page where they can draw what they think a terrorist looks like. And then I explain what a terrorist is. And I explain it in terms of what children can understand, not scary terms. This whole book is not scary. That was my goal.

Zenger: This is something you are very passionate about, and I hope you get the response you want in bringing awareness. Is there anything else you would like to add?

Lieberman: One thing that has really bugged me over the years is that every year the anniversary of 9/11 gets commemorated less and less. Even the 10th anniversary, I don’t remember a big deal being made about it. Every year they lessen the reading of the names. … He who forgets history is doomed to repeat it. I understand why this is. It’s like that for each of us. When we have traumas in our childhood, or certain things that happen to us that we don’t want to remember because they’re painful, we stuff it down to our unconscious minds.

Terrorists are feeling emboldened and feeling like they won the war on terror, which it’s not unreasonable for them to believe. And they will be attacking America again. I wouldn’t be surprised if there would be a lone wolf or two that planned an attack between now and 9/11 the anniversary.

Even if they don’t get it together by then, they will be continuing their fight. That has been their intention all along, to take over the West. Why would they stop now, when they just won in Afghanistan? It’s so important for people to get prepared. When I talk about resilience, I mean for people to get physically and psychologically prepared for traumatic events.

«Previous Post
Jearnest Corchado, Carlos Ponce Join Peacock’s ‘The Real Housewives Of The North Pole’ »Next Post
VIDEO: Headed For The US Capitol: How The Flight 93 Heroes Averted A Bigger Disaster On 9/11