Mining On The Moon: Robots Being Developed To Dig For Lunar Resources

Automatons would do the “dirty, boring, dangerous stuff” associated with excavating, researchers say. 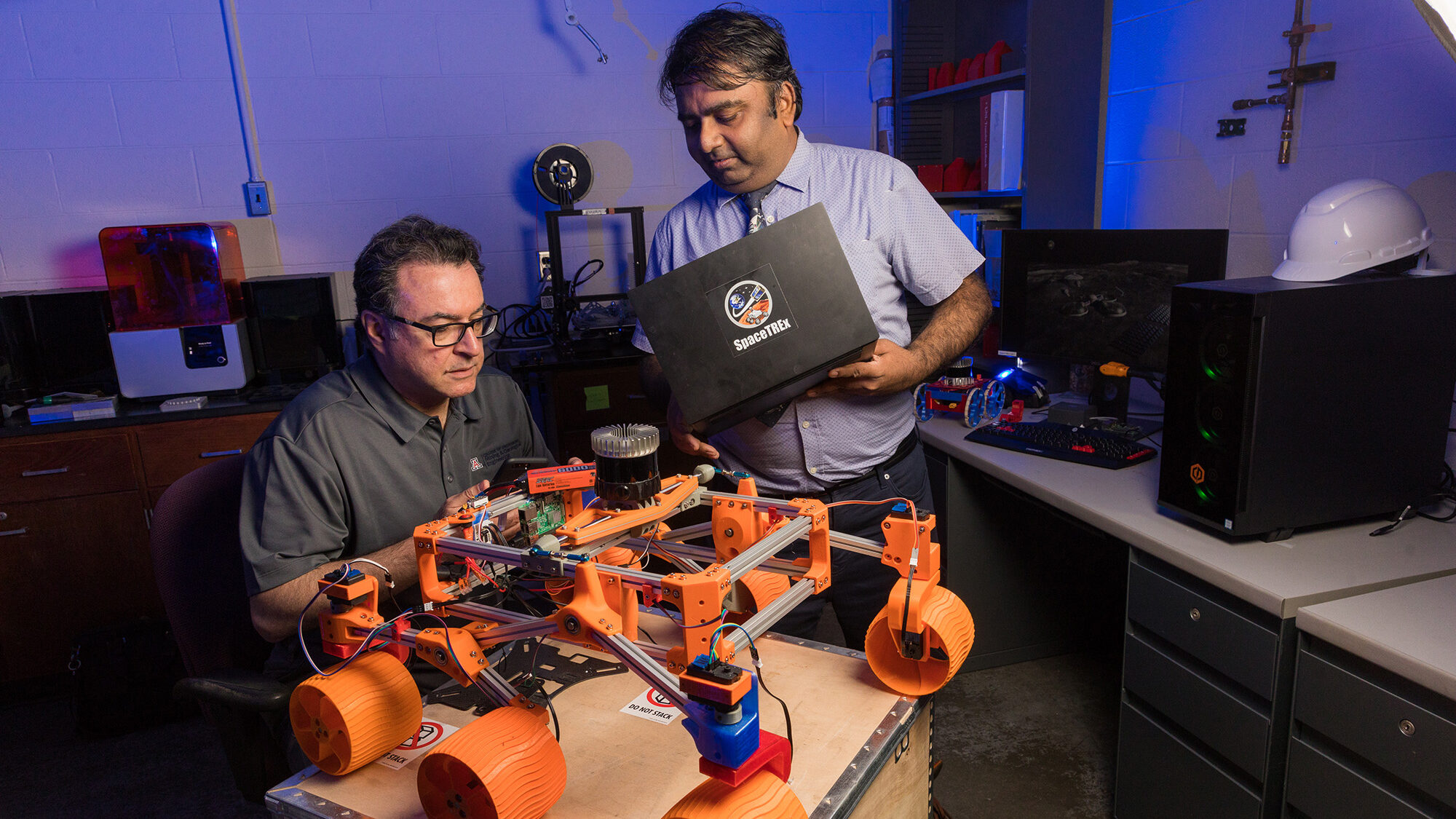 A swarm of autonomous robots that could one day be sent to the moon to mine resources for use there and on Earth is being developed by engineers from the University of Arizona.

Scientists believe that mining on the moon could result in the extraction of precious metals used in smartphones and medical equipment, along with helium-3 — a stable isotope that could fuel nuclear power plants, but is extremely rare on Earth.

“It’s really exciting to be at the forefront of a new field,” Momayez said. “I remember watching TV shows as a kid, like ‘Space:1999,’ which is all about bases on the moon. Here we are in 2021, and we’re talking about colonizing the moon.”

One of the biggest challenges facing the project is designing a robot capable of digging through hard lunar rock with limited resources, in addition to the challenges of operating on the surface of the moon.

“Here on Earth, we have an unlimited amount of energy to throw at breaking rocks,” Momayez said. “On the moon, you have to be a lot more conservative about your power usage.”

Also, mining typically involves using a lot of water, which isn’t available on the moon. “So, we need new processes, new techniques,” he said. “The most efficient way to break rocks on Earth is through blasting, and nobody has ever set off a blast on the moon.”

For the project, Thanga is adapting a learning architecture technique he developed called the Human and Explainable Autonomous Robotic System, or HEART. It will be able to train swarms of robots to work together on and under the moon’s surface and carry out mining operations with minimal human input, he said.

“In a sense, we’re like farmers,” Thanga said. “We’re breeding talent out of these creatures, or a whole family of creatures, to do certain tasks. By going through this process, we help perfect these artificial creatures whose job it is to do the mining tasks.”

Humans will still have a role in such operations, he said.

“The idea is to have the robots build, set things up and do all the dirty, boring, dangerous stuff, so the astronauts can do the more interesting stuff.”

The University of Arizona’s Asteroids Laboratory runs a NASA-funded undergraduate program for students to present their research about space exploration. Momayez and Thanga intend to add a module to the program focusing on space mining. They said it is becoming a topic increasingly discussed by space agencies that want to carry out long-term lunar missions.

Thanga and Momayez said much more research and engineering needs to be done before the project comes to fruition.

«Previous Post
That Really Hums: How Hummingbirds Can Avoid Predators By Smelling Them»Next Post
Drafting With Ease: Land Birds Rely On Wind, Uplift To Save Energy For Long Ocean Crossings