Over 100 death camps have been found in Mexico, and families of the missing demand answers. 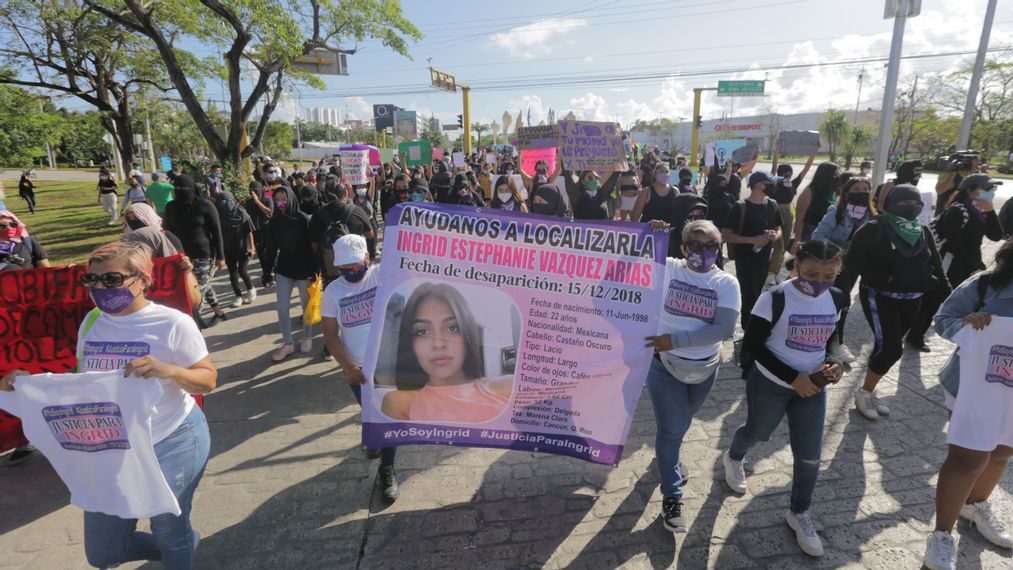 Disappearances in Mexico are on the rise and the government is unresponsive, NGOs say. Here, women protest the disappearance of a woman in Cancun, in November 2020. Some 20 percent of the people missing in Tamaulipas are women aged 18 to 30. (Erick Marfil/Getty Images)

CIUDAD VICTORIA, Mexico —  Insecurity in Tamaulipas, Mexico, is rising. Acts of violence are no longer the norm in certain regions but throughout the state, said Guillermo Gutiérrez Riestra, coordinator of the Families and Friends of the Disappeared Collective.

The number of deaths, disappearances and kidnappings are increasing. Homicides continue, while criminal groups act with impunity. But neither the National Guard nor any other branch of the military can get rid of the problems.

“President [Andrés Manuel] López Obrador [AMLO] must talk less every morning and do more. What we need is for him to do, not to talk,” he said.

When he was a presidential candidate, AMLO promised to listen to and support the families’ search of their missing relatives, but López Obrador has not done so — and there is no progress, said Gutiérrez Riestra.

“López Obrador has distanced himself from the victims’ families. He is no longer interested in listening to them … his policy to fight insecurity and violence has evidently been a failure,” he said.

The non-governmental organization Red de Desaparecidos has reported that 20 percent of the people missing in Tamaulipas are women aged 18 to 30.

In January 2021, 45 people were reported missing in the state. The figure set off alarms, which led to search actions.

The Diez de Marzo Collective has documented at least 30,000 missing-person reports. But as high as the number is, not all families notify the authorities about their relatives’ disappearance, said Delia Quiroa, an activist working with the organization.

Collectives of missing persons’ families have identified at least 57 death camps in the state, where criminal groups tortured and murdered people. They also cremated the victims’ bodies, hid and destroyed all bone fragments. The largest camp, known as La Bartolina, had half a ton of skeletal remains when it was discovered, according to the National Search Commission.

NGOs have identified 53 more camps in the municipalities of Mante, Xicoténcatl, Llera de Canales, Gómez Farías and Ocampo in the southwest of Tamaulipas, one more in the central town of Abasolo, and two in the capital city, Ciudad Victoria.