VIDEO: Threesy Does It: World Champion Wakeboarder Started When She Was Just A Toddler

Pro athlete began practicing as a 3-year-old when her dad towed her in a swimming pool. 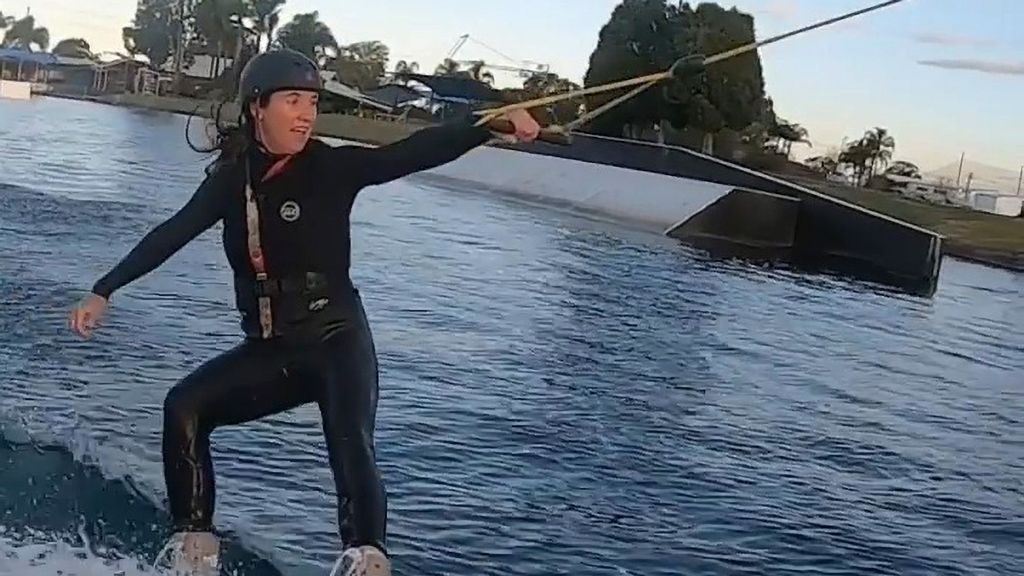 Now known in some circles as the “queen of wakeboarding,” Australian athlete Courtney Angus started practicing the sport at 3 years old.

Angus, 28, was introduced to wakeboarding by her father, who put her on a board and towed her around the family swimming pool.

The rest, as they say, is history.

Angus has won countless competitions, including the World Wakeboard Association (WWA) Wake Park World Championships in 2013 and victories at the WWA Triple Crown Series in 2014 and 2015.

She said her career highlight was winning the world title in Abu Dhabi in 2013.

Wakeboarding, she said, is “the perfect sport as it’s similar to snowboarding and skateboarding, but with a friendly and more rewarding progression.”

“When I was younger, I wanted to be a pro boat rider, but it was too dangerous, due to the number of concussions it led to. Cable wakeboarding has proved a … great path to go down.

“Wakeboarding has taught me everything I know. It reveals my strengths and weaknesses and has prepared me for a successful career driven by passion.”

The eight-time Australian champion wakeboarder keeps her 42,200 Instagram followers entertained by posting videos of some of her most incredible tricks.

In one of her posts, which has been viewed over 9,000 times, she performs several high-speed grinds and flips as a boat tows her through the water at top speeds.

Angus told Zenger that since the age of 12, one of her idols has been Dallas Friday, another female champion wakeboarder from the United States. Friday won gold at the ESPN X-Games and at the NBC Gravity Games at 14.

While she loves wakeboarding, Angus said, it is an extreme sport that comes with many risks and often leads to injuries, ranging from light bruises to concussions from hitting her head during dangerous tricks.

Angus is still training and wants to continue competing at the highest levels.