Space rock travels hundreds of miles before landing — authorities aren’t sure where. 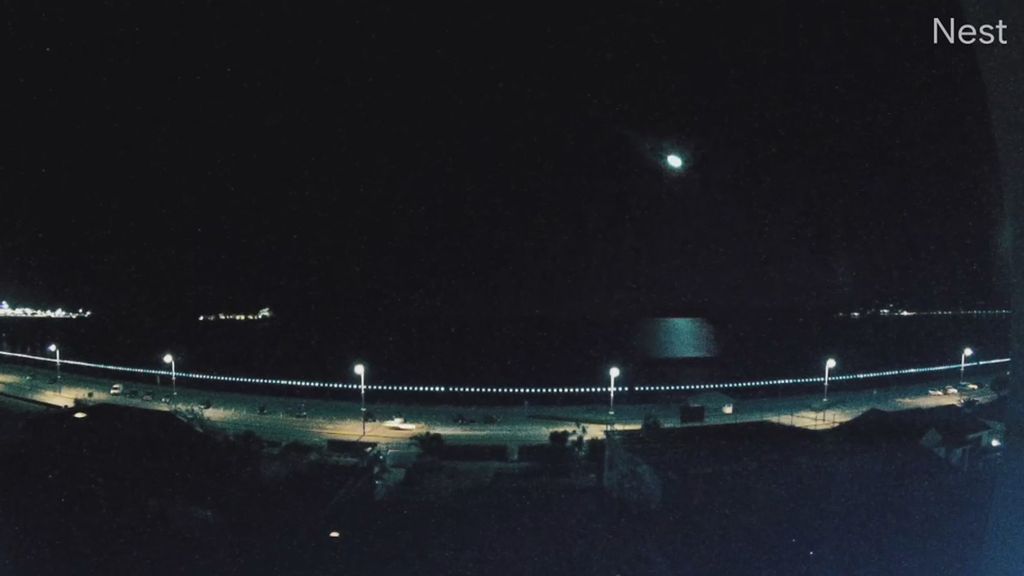 A meteor seen in multiple parts of the UK was caught on camera in Jersey on Sunday night.(@airrescueci/Zenger)

A giant meteor shooting across the night sky on Sunday, Sept. 5, captivated people in France, the Channel Islands and the U.K.

Images of the burning space rock were posted on social media and caught on webcams at ports in France and in the U.K. It was even snapped by a police dashcam in Hampshire in southeast England.

The various videos show a bright ball of light crossing the sky at high speed before disappearing in the distance. The U.K. meteor network suggested the meteor fell into the sea off the coast of France. The exact location where it landed has not been confirmed.

So far, sightings were also reported in Guernsey, Alderney, Devon, Brittany and Southampton.

In France, Vigie-Ciel Fripon, which runs a science program to bring together researchers and people who have spotted meteors, posted a map detailing all the locations were sightings occurred.

Based on the map, it was seen as far north as Leicester in the U.K. and as far east as Paris, France, with most of the sightings grouped together in northwestern France and in the southwestern U.K.

Video from Brittany appears to show one of the earliest images of the meteor as it travels over the port of Portsail in the commune of Ploudalmezeau, in the Finistere department.

The images in Southampton were recorded by a webcam belonging to Solent Ships, which provides views of the port of Southampton. The firm stated it captured the meteor’s flight on “a camera streaming live on YouTube 24/7.”

The footage in Jersey was filmed in Saint Aubin’s Bay by the Air Rescue Channel Islands.

The chances of Earth being hit by a meteor are remote.

“Every day, Earth is bombarded with more than 100 tons of dust and sand-sized particles. About once a year, an automobile-sized asteroid hits Earth’s atmosphere, creates an impressive fireball, and burns up before reaching the surface,” according to NASA.

“Every 2,000 years or so, a meteoroid the size of a football field hits Earth and causes significant damage to the area. Only once every few million years an object large enough to threaten Earth’s civilization comes along. Impact craters on Earth, the moon and other planetary bodies are evidence of these occurrences.”