VIDEO: Not So Grizzly: Huge Black Bear’s Delight At Being Released Back Into The Wild

The male bear was found in a Colorado backyard at the end of its mating season. 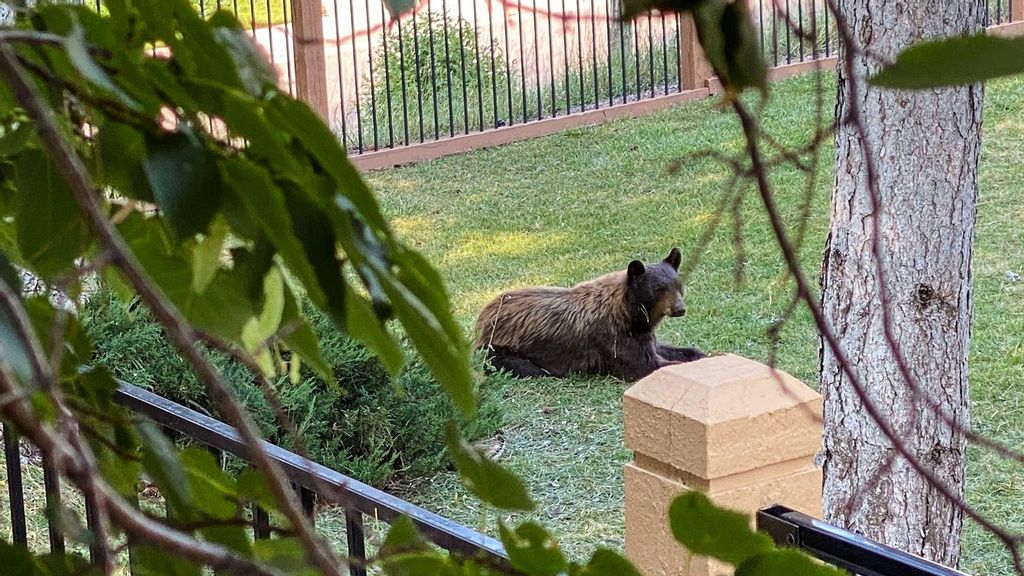 The male bear wandered into a backyard in Highlands Ranch, Colorado. (@CPW_NE/Zenger)

A large male bear found in a backyard in Douglas County, Colorado, was released into the wild after officials captured it with a tranquilizer dart.

Images were posted on social media by the Colorado Parks and Wildlife North-East Region on Sept. 7.

“Wildlife officers this morning relocated the bear out of a Highlands Ranch neighborhood where it was reported in the backyard behind Dad Clark Drive and University Boulevard,” the organization said.

“The male bear is estimated to be around 12 years old and weighing over 150 pounds. Here, wildlife officers are about to prepare the tranquilized bear for transport out of the neighborhood,” states the video caption.

Another video shows the bear, which appears to be an American black bear (Ursus americanus), pacing back and forth inside a cage on a trailer.

Finally, the footage shows the wildlife officials slowly opening the cage to release the bear. The bear takes in its new surroundings for about a second, then races off at high speed into the wilderness area.

There are about 12,000 American black bears in Colorado. They tend to live between 20 and 25 years and begin hibernating in early November. They emerge from their dens in May; the mating season starts in June.

Mating takes place in June, July and August, and the black bears stay together for a few hours or several days. Pregnancy lasts about seven months. The cubs are born in a maternity den and remain with their mothers for 18 months.