Driver hurled himself from car in a desperate bid to escape police. 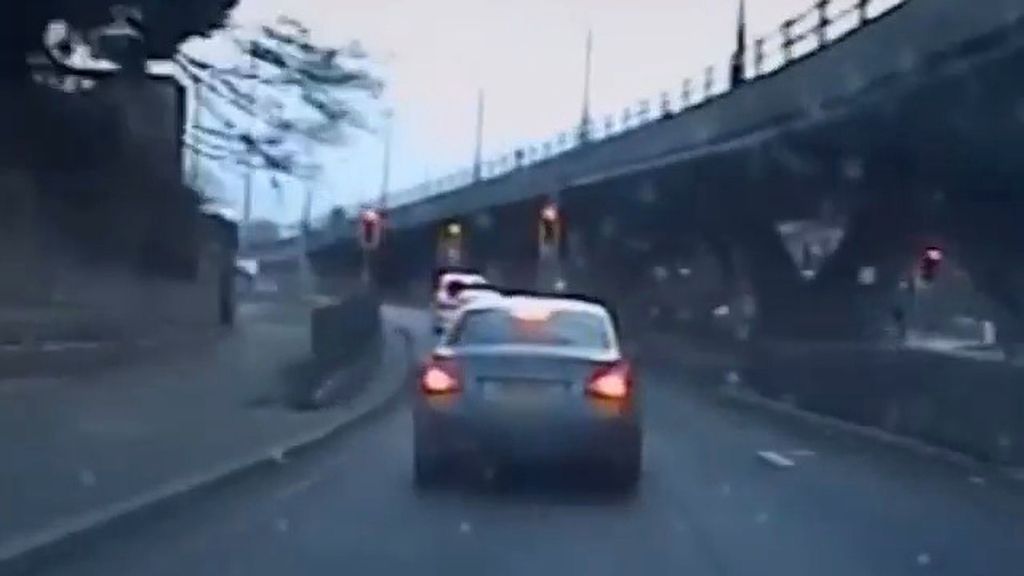 Police chase Patrick Connors in a stolen BMW near Birmingham, U.K., on Jan. 5. He was sentenced to jail time and a suspended license Sept. 1 for causing the pursuit. (@westmidlandspolice/Zenger)

The driver of a stolen BMW who led police on a high-speed chase though congested city streets in the U.K. has been sentenced to nine months in prison and the loss of driving privileges for more than two years.

Patrick Connors, 23, was arrested after he failed to stop in Walsall, Birmingham, on Jan. 5. At his sentencing Sept. 1, Connors pleaded guilty to dangerous driving and failure to stop for the police.

In footage released by the West Midlands Police on Sept. 7, Connors is seen behind the wheel of a stolen BMW 5 Series leading police on a 100-mph car chase through busy city roads. During the course of the chase, he weaves through traffic and runs red lights.

Though authorities did not release details of the chase, the video is divided into several sections showing the types of dangerous maneuvers Connors did while trying to flee.

Connor is finally caught after authorities deployed stop sticks — a set of spikes set in the road that’s also called a “stinger” — to puncture his tires. As his car slows, he leaps from the moving vehicle, hits the ground, gets up and runs away.

A police helicopter guided officers to Connors and an arrest was made. It is unclear who owned the stolen BMW, as it bore fake plates when he was pulled over.

Joyriding has been a big problem in the United Kingdom since the 1980s, with a dramatic increase in the 1990s. The crime lessened with the arrival of better anti-theft technology.

High-speed police chases are a constant source of controversy, raising questions as to how safe drivers and communities can be during such pursuits.

In the U.S., a study by the Bureau of Justice Statistics found that from 1996 to 2015, an average of 355 persons (about 1 per day) were killed annually in pursuit-related crashes.

While such chases are most often fatal to the drivers who start them, others also die.