Stuff Of Nightmares: Taxidermist Who Preserves The Horrors Of The Deep

His photographs specialize in showing the “whole tooth” about predators from 13,000 feet under the sea. 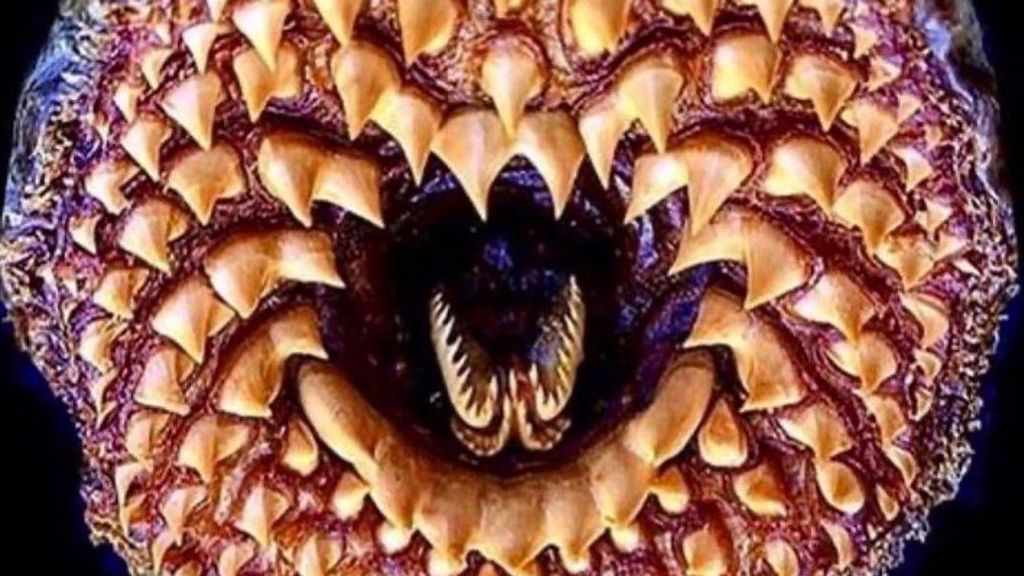 The colorful and menacing mouth of a lamprey, photographed by Jeroen, a fish taxidermist who searches for the scariest fish in the ocean. (@monster_fish_taxidermy/Zenger)

A taxidermist in the Netherlands who preserves alien-appearing creatures from deep in the ocean is becoming widely known online and in the classroom for his photos.

Jeroen, who prefers not to give his surname, spoke about his unusual preoccupation with “monster fish.”

“I have been fascinated by fish since early childhood,” he said. “My father is a marine biologist, and he had lots of books with the most amazing fish. I really enjoyed looking at all the photos and my father would tell me what kind of fish it was and how big it would get.

“When I found a dead fish, he helped me preserve it as a wet specimen in alcohol. I tried to stuff and mount my first fish, a small pike, when I was 8 years old, but this was not really successful.”

But that changed several years later when he studied the art of taxidermy.

“I found a taxidermist in my neighborhood who specialized in fish, and he let me help him with his work in his studio. We worked together for a couple of years, and he taught me all the tricks of the trade. Now I can mount my own fish and build my collection.”

Jeroen said his goal is not to make the fish he preserves as life-like as possible. Instead, he wants the fish “to look really monstrous.”

Still, he tries to keep as much of the fish intact as possible. For example, he uses the specimen’s eyes instead of replacing them with glass eyes.

“I’ve also found a technique to preserve most of a fish’s original skin color, so I do not have to paint the entire subject, something which is usually done in fish taxidermy.”

He decided to post his work on Instagram about a year-and-a-half ago. “Now I have over 65,000 followers. I had no idea so many people would like what I do.”

Jeroen has always preferred fish with big nasty teeth, the scarier the better: He’s partial to deep-sea dwellers like the angler fish and fangtooth, as well as such river dwellers as the goliath tigerfish and the aptly named vampire fish.

What’s the most interesting species that he’s worked on?  “A very large (17-inch) deep-sea anglerfish, which lives at great depths (8,200 to 13,000 feet) and is almost impossible to catch.”

He got it from a research institute in Iceland that caught it during a deep sea research mission near Greenland. The rare angler fish had never been preserved and mounted.

“It was a very difficult task because their skin is very delicate, but after four weeks of hard work I was able to preserve it properly.”

As for the scariest creature he has worked on, he points to a lamprey, a bloodsucking leech as thick as a man’s arm.

“They are prehistoric creatures dating back way before the dinosaurs. Their mouth is full of razor-sharp, spiked teeth and they attach themselves to fish. It then uses its tongue (which also has many teeth on it) to bore into the flesh of the fish and drink their blood. Sometimes they also attack humans… .”

Jeroen does not catch the creatures he preserves. Rather, he relies on the pros.

“I have built up a large network of fishermen all over the world, from Guyana to Greenland. This took me many years. Acquiring deep-sea fish is a special challenge. It took me years to find the right fishermen who do not only catch deep sea fish, but were also willing to collect them for me.

“They have to look for them in their nets among thousands of other fish, so I have to pay them a very good price for their work. Then the fish have to be shipped to me frozen with special express delivery, which is also very expensive.”

His images on Instagram are so vivid that they are often used for biology lectures at universities all over the world, he said.

Perhaps his most intriguing subject is one that belongs to an as-yet-unnamed isopod species.

“I have preserved an as-yet unknown species of deep-sea giant isopod. It was caught at great depths near Greenland by Norwegian fishermen,” he said.