DNA Can Be Left Behind Without A Touch, Complicating Forensics 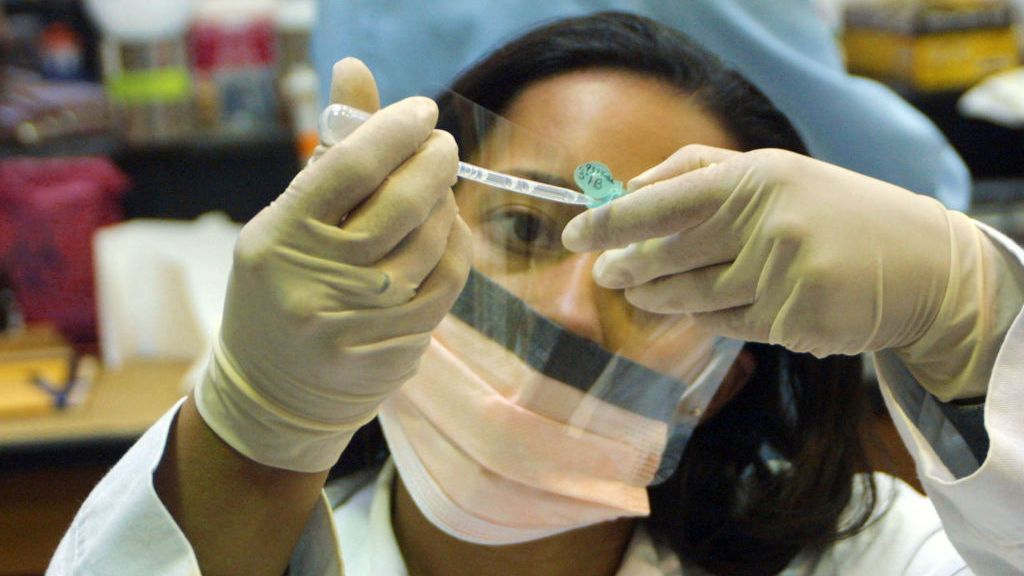 A forensic scientist prepares blood samples for DNA extraction for evidence in a sexual assault case in the Forensic Evidence section of the Louisiana State Crime Lab June 4, 2003 in Baton Rouge, Louisiana. A new study has revealed that DNA can be left on surfaces without ever touching them, complicating forensic investigation and underscoring the need to avoid cross-contamination in the lab. (Mario Villafuerte/Getty Images)

Law enforcement’s use of DNA evidence is the focus of a new study, which has found that DNA can be deposited on surfaces by people who have not touched them.

In a study published in the journal Forensic Science International: Genetics, researchers found that DNA can be deposited by people on surfaces as far away as 5 meters (16 feet). The longer a person is in a room, the more likely it is that they will leave behind identifying traces. The study sought to determine how much DNA was deposited by people across varying distances and time periods.

“This brings into question how people’s DNA may end up on particular surfaces — [an issue] we have to understand if DNA evidence is going to be useful for police investigating or courts deliberating over a crime,” said Taylor about the study’s results.

“A person may have deposited their DNA by touching something, but our research shows [the DNA] may also have been deposited by that person merely being in proximity [to the surface],” said Taylor.

For the purposes of the study, DNA collection plates were placed around individuals’ desks that were spaced between 19 inches and 16 feet (0.5 to 5 meters) apart and left untouched for periods of one day to six weeks before being swabbed and profiled. Despite never being directly touched, the collection plates held DNA from multiple individuals after just one day. Also, DNA profiles for some individuals grew stronger the closer they were to the plates and the longer the plates stayed in place.

While the findings may help to explain how DNA came to be found at a crime scene, the study underlined the importance of avoiding cross contamination.

“It doesn’t take much to leave your DNA behind, and this study shows the importance of all the proper personal protective equipment, such as masks and gloves, that are used in forensic laboratories,” said Taylor.