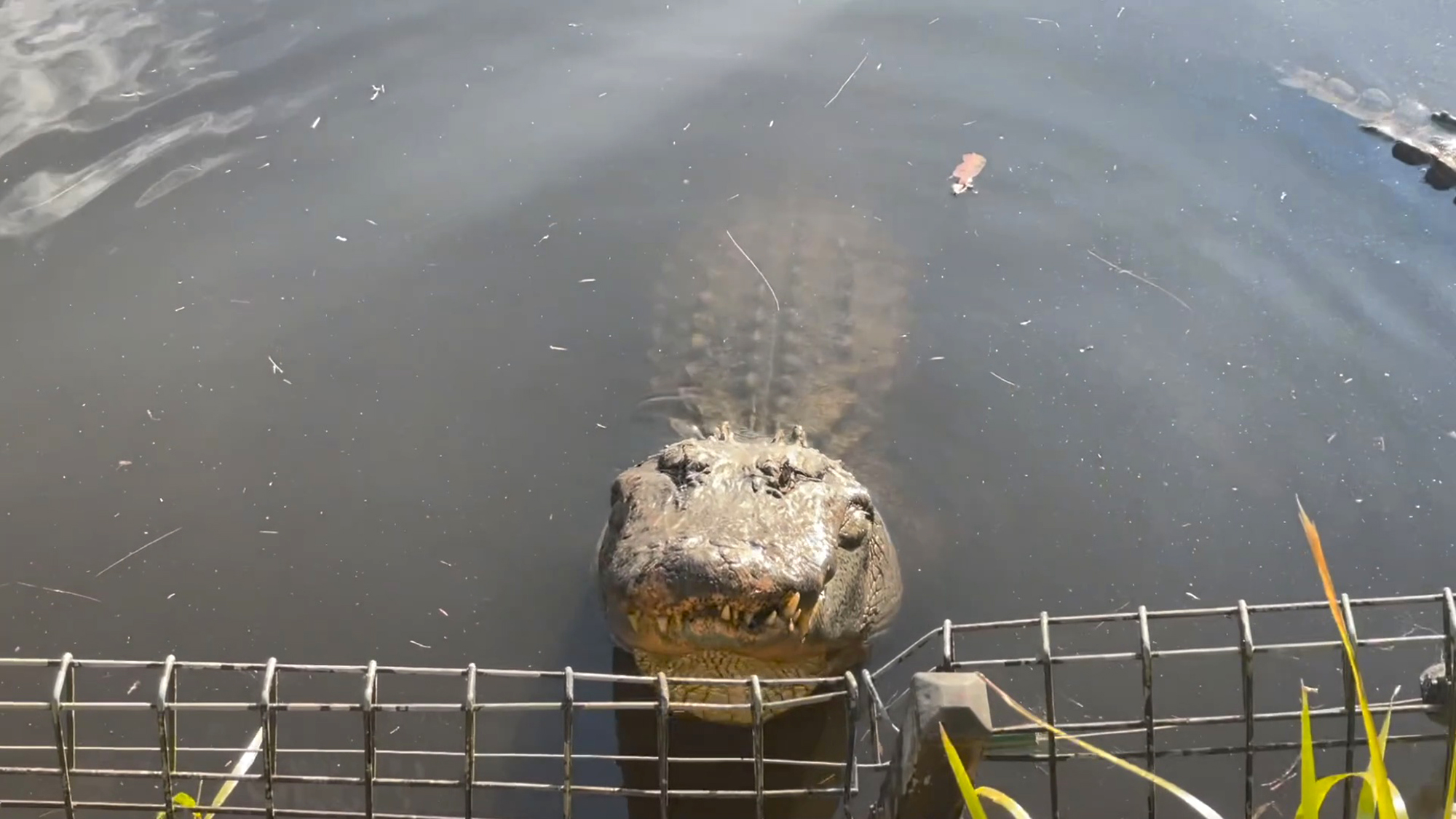 American alligators are not shy about announcing their search for a mate, and the result can sound like a cross between a motorcycle and the world’s loudest snorer.

Video captures large male performing their mating calls, which involve grunting loudly as they search for partners. They were filmed at the Alligator Lagoon in the Australian Reptile Park in Somersby, New South Wales.

Keepers captured the loud bellows as the arrival of new males intensified the competition for female attention.

“Having 20 new males join our mostly female population in May … has had a huge impact on the behavior that we normally see this time of year,” said Jake Meney, reptile keeper at the park.

“The sound of a male bellowing signals the start of breeding season, and we expect it as the weather warms up. But what we heard this morning was unlike anything else I’ve ever heard,” Meney said. “The new males are certainly keen to make themselves known.”

“We timed the arrival of the new males for the beginning of winter [in Australia], when they typically are less active and there’s a lower chance of conflict. Because of this, the new arrivals were settling in really well. Now, as they come out of hibernation, it’s game on for the attention of a gorgeous female,” he said.

Mating-call rumblings from the giant reptiles are audible above the surface of a lake or river. But when the low-frequency vibrations are trapped underwater, they become something visible — creating patterns in water that shoot above the surface like fountains as one more way to attract a suitable female for reproduction.

The patterns caused by the alligator’s underwater grunts are unusual ones. Called Faraday waves, they’re oddly shaped ripples that are seldom found in nature. 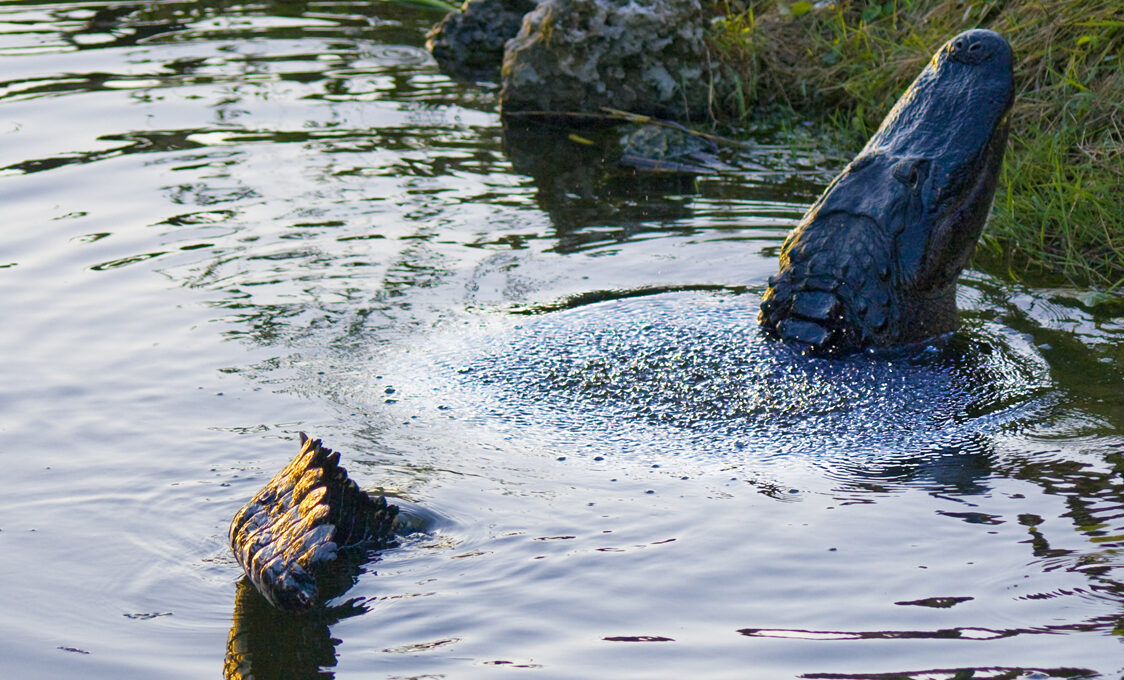 The Australian Reptile Park’s staff will keep a close eye on the alligators over the coming weeks, and they expect to see nests with eggs inside by December — the beginning of their summer season.

The park has 55 American alligators, the largest population in the country, and turns feeding time into a public spectacle for visitors every day.

The process of releasing new arrivals into the lagoon is considered especially dangerous. Zookeepers open each box and hope the alligators head for the water and not for them.

American male alligators can grow to be more than 12 feet long and weigh as much as 1,000 pounds.