Uptick In Number Of Endangered Houbaras Spotted In Southern Israel

The species is an iconic desert bird whose existence indicates the state of their ecosystem. 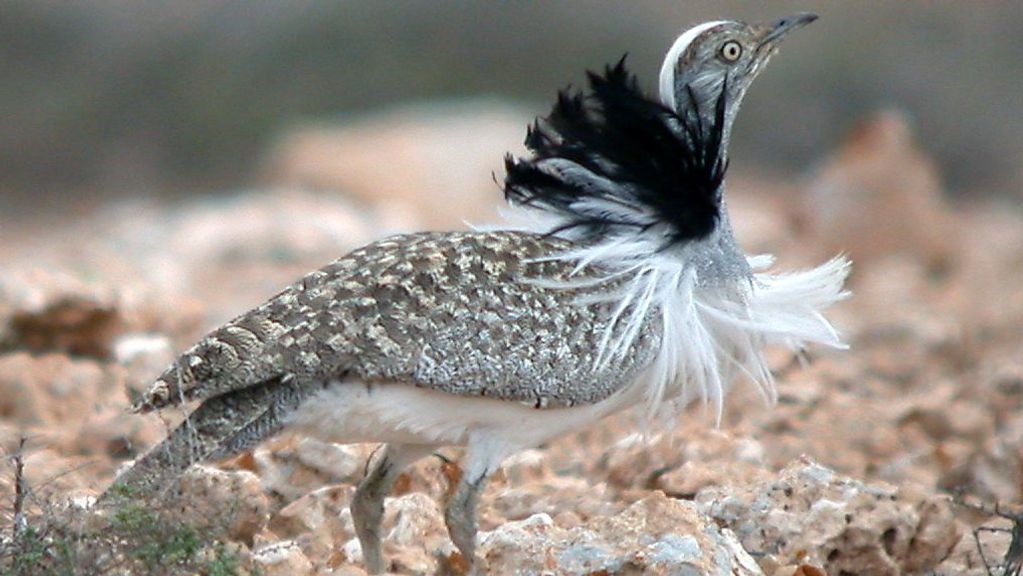 Rangers recently counted over 200 houbaras in southern Israel, a finding that reaffirms their stable levels in the area. (Wikimedia Commons)

Rangers in southern Israel spotted 246 houbara bustards in their recent annual count of the endangered bird species, an increase compared with last year’s count of 193.

Houbaras of different kinds reside in the area stretching from Mongolia to the Canary Islands. In Israel, they are an iconic desert bird and flagship species whose presence indicates the well-being of a wide range of animals and fauna.

For the past two decades, the Israel Nature and Parks Authority has been working on their preservation. This year the authority also began a joint research program with Abu Dhabi’s International Fund for Houbara Conversation under an agreement reached as a result of the Abraham Accords.

The birds are in danger due to mankind’s expanding activities in their natural habitat — from the building of new towns to the expansion of agricultural and solar fields.

The recent count took place inside Hatzerim Air Force Base near Beersheva, where 225 birds were found, and the area of Nitzana near the Egyptian border, where the rangers spotted 21 birds. Overall, there are some 400 houbara bustards in Israel.

“The most recent count, which was carried out in coordination with and with the assistance of the Air Force, shows that the houbara population in the northern Negev is maintaining its stability in the past decade, numbering some 200 individuals that spend the summer months in the grounds of the base and the nearby Loess Park reserve,” said Udi Columbus, INPA’s northern Negev ecologist.

Arab royals were reported to have traveled to Pakistan in January to hunt the vulnerable birds. Pakistanis are not allowed to hunt the birds, but wealthy dignitaries finance development projects in hunting areas, resulting in different rules for foreigners.

Uptick In Number Of Houbaras Spotted In Southern Israel first appeared on Israel21C.