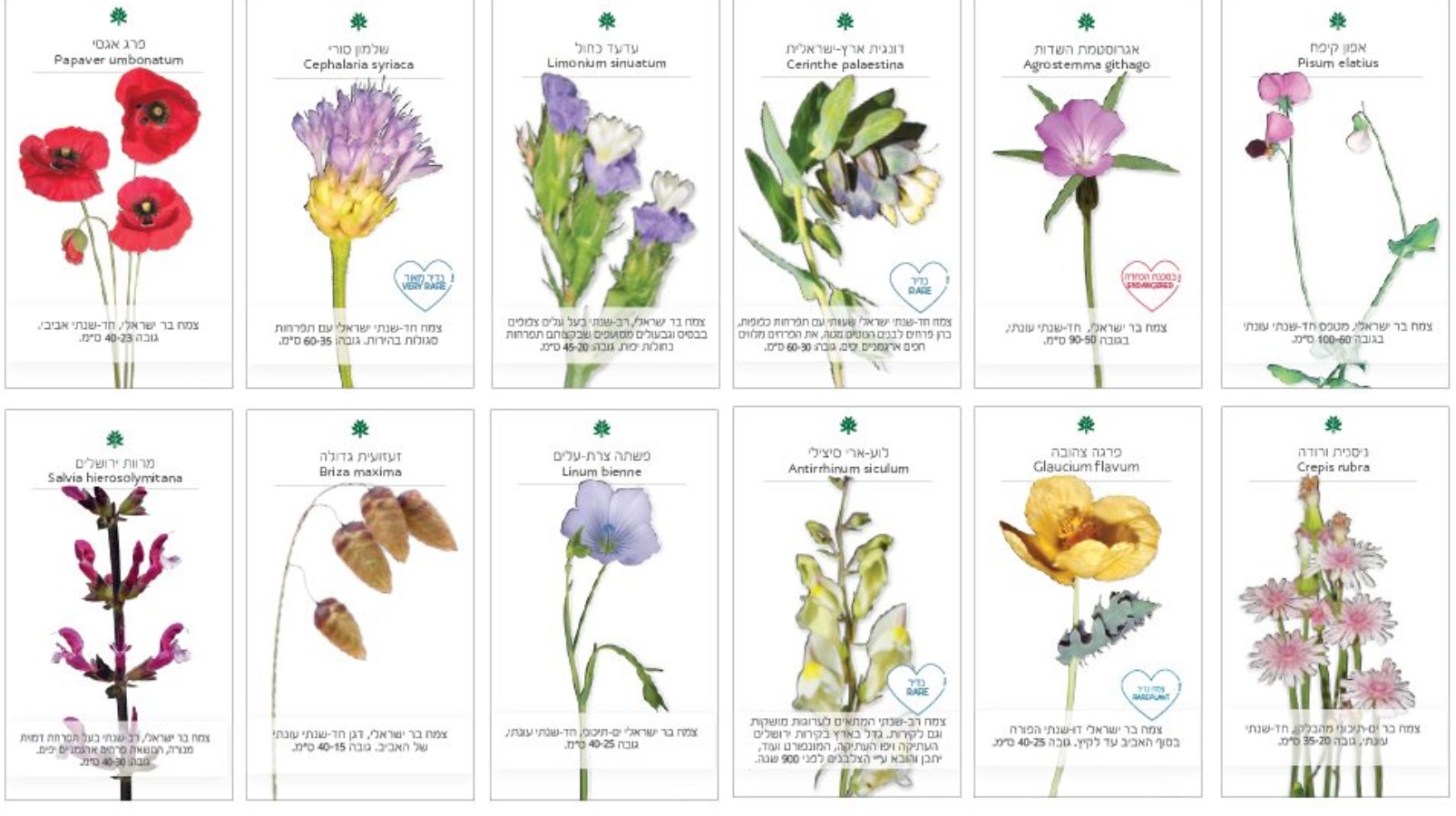 Israelis take their wildflowers seriously. They travel long distances to admire them and are prohibited by law from picking them.

Now, the Jerusalem Botanical Gardens and its Hub for Urban Sustainability have launched the Wildflower Seeds Project to introduce rare and endangered wildflowers into home gardens.

Hundreds of thousands of wildflower seeds have been collected, cleaned and packaged over the past four decades by volunteers from Friends of the Jerusalem Botanical Gardens in cooperation with groups from ALUT — Israel’s Society for Adults and Children with Autism; Reut, which provides community vocations for those with psychiatric, physical and intellectual disabilities in Israel; and English-, Hebrew- and Arabic-speaking volunteers from the Wohl Rose Gardening Club.

Before the agricultural sabbatical year begins with Rosh Hashana, marking the Jewish new year, when the land is not to be plowed or planted, the JBG launched a campaign to sell and distribute seeds of more than 30 species with the intention of improving the ecological balance of wildlife and plants in the city and beyond.

“Many of these plants are water saving; they do not need to be watered beyond the winter rains and can grow heartily in shade, which is a characteristic of many backyard gardens in urban Jerusalem,” according to the JBG.

One available species is the endangered Campanula peregrina L. (bellflower) native to the northern Galilee. Remaining seeds were collected, transported and grown in the JBG and then sent to Israel’s Nature and Parks Authority.

Seeds packaged at JBG also are sold in greenhouses and donated to Jerusalem’s preschools for an experiential lesson in the growing process. There are also planters available in a selection of colors that come ready with soil, three types of seeds, and sowing instructions.