Against All Odds, NASA’s Ingenuity Helicopter Continues To Fly Perfectly After 6 Months On Mars

Little-chopper-that-could made its 13th flight over the weekend. 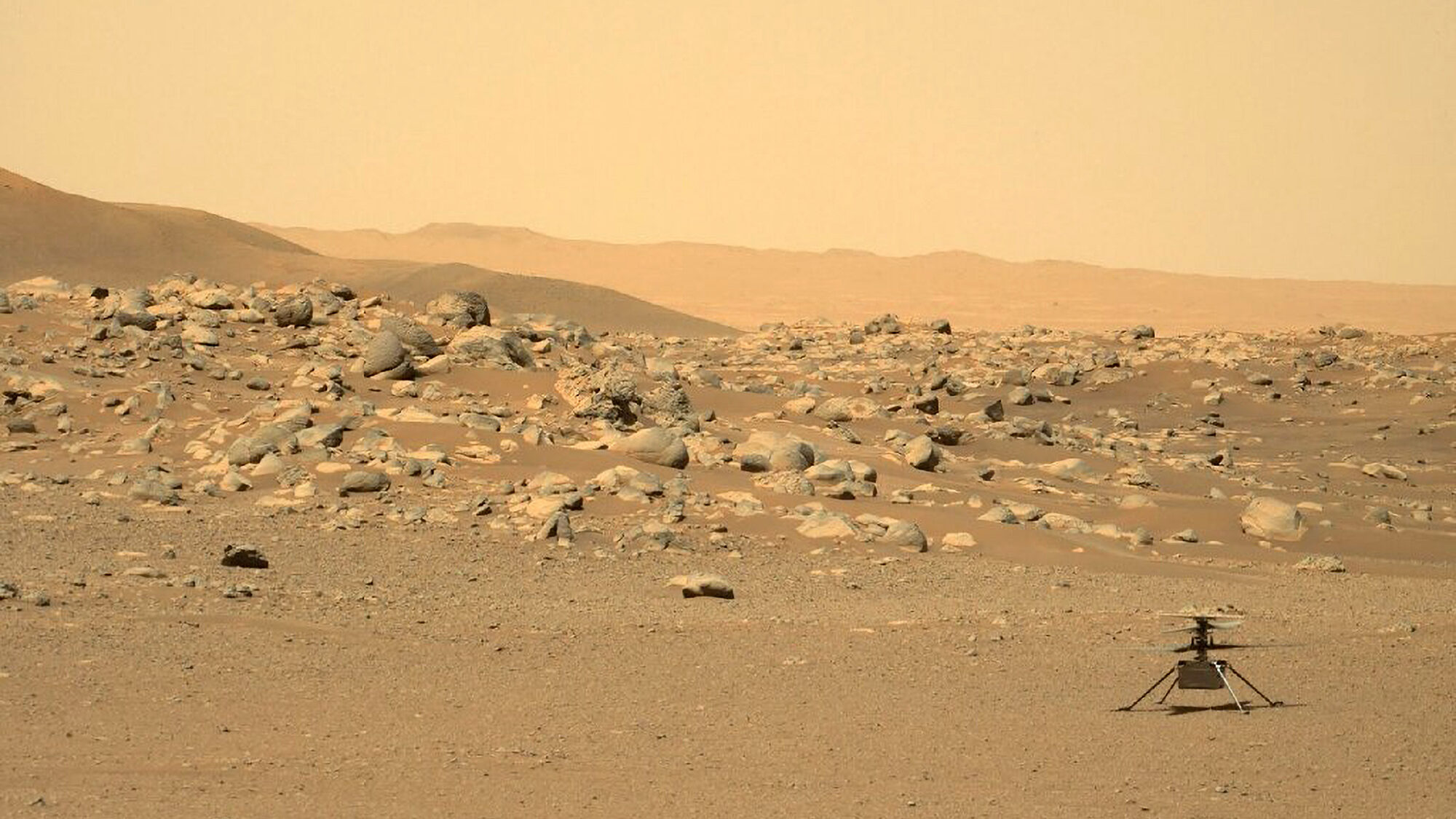 Lucky 13 — that’s how NASA refers to the most recent flight of its Ingenuity helicopter on Mars.

The mini-helicopter landed on the Red Planet nearly a half-year ago in what was supposed to be the start of a short-lived mission. But the little chopper recently sent back images from its 12th flight on Aug. 16. Its 13th flight took place Saturday over “the geologically intriguing South Séítah region,” NASA said.

The helicopter’s maiden flight on April 19 made history as the first powered craft to fly on another planet.

The spindly, 3.15-pound, 19-inch helicopter, which cost $85 million to build and operate, was intended to carry out only five missions during its search for signs of life on Mars.

“Everything is working so well. We’re doing better on the surface than we had expected,” Josh Ravich, the head of Ingenuity‘s mechanical engineering team, said the day before its most recent flight. “When I got the opportunity to come work on the helicopter project, I think I had the same reaction as anybody else: ‘Is that even possible?’”

NASA’s aeronautical engineers had their work cut out for them in designing a craft that could operate on the surface of Mars, where the atmosphere “is equivalent to about 100,000 feet high on Earth — an altitude that no Earth-based helicopter has reached, or even half that distance.

“When we started working on the project, we started doing it with a lot of uncertainty about whether it would even be possible to do. There were significant technical challenges to overcome,” stated aerospace engineer Carlos Malpica.

Ingenuity’s 13th flight again went into South Séítah region, but this time focused on a particular ridgeline and its outcrops.

Ingenuity is expected to continue carrying out scouting missions for Perseverance, though NASA is concerned that the approaching Martian winter may prove too much for the groundbreaking mini-copter.

The helicopter is being used as a scout for the Perseverance rover to feed information to the team, flagging obstacles and finding points of interest for exploration.

The rover also had a big weekend, completing the collection on Monday of the first sample of Martian rock, a core from Jezero Crater that’s slightly thicker than a pencil. Mission controllers at NASA’s Jet Propulsion Laboratory in California received data that confirmed the milestone.

The core is now enclosed in an airtight titanium sample tube, making it available for retrieval in the future. Through the Mars Sample Return campaign, NASA and the European Space Agency are planning a series of missions to return the rover’s sample tubes to Earth for closer study.