Popcorn With Zenger: ‘Afterlife Of The Party’ Is A Delightfully Charismatic Comedy 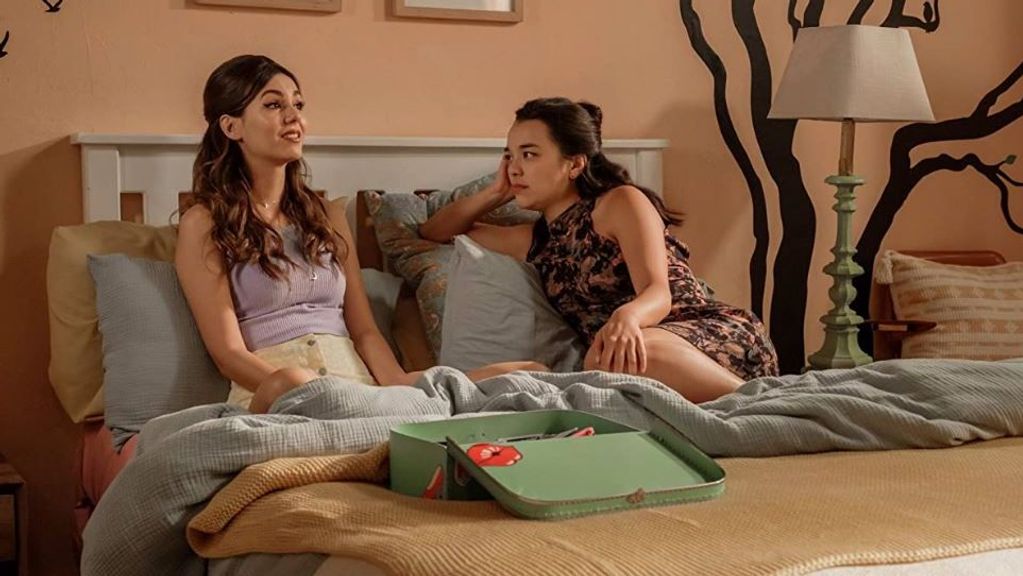 Victoria Justice (left) and Midori Francis star in “Afterlife of The Party.” (Courtesy of Netflix Entertainment)

When it comes to Netflix’s catalog of films, quantity over quality has been the clear direction for the streaming giant over the last handful of years. As every major studio is scrambling to compete with their own streaming services such as Disney Plus and Peacock, Netflix has to keep producing new content to replace the films it loses to Disney and NBC.

While the announcement of new Netflix movies might cause audible groans for most viewers, quality entertainment — especially films that the entire family can enjoy — is not yet a dead art.

In a world where wholesome entertainment is harder to find than a video game for the Atari 2600, “Afterlife of the Party” is one of 2021’s most pleasant surprises. Director Stephen Herek has a solid background of memorable films under his belt such as “The Mighty Ducks” and “Bill & Ted’s Excellent Adventure.” With the help of Victoria Justice, who is extremely charismatic in front of the camera, “Afterlife of the Party” is a wholesome yet contemporary story of the concept of grief.

The Story: “Afterlife of the Party” features Nickelodeon standout Justice in the role of Cassie, a young adult known for being a party animal. One night, Cassie blows off her best friend Lisa (Midori Francis) in order to party the night away. That decision leads to Cassie tragically dying during her 25th birthday week, and she finds herself stuck in the in-between with her guardian angel Val (Robyn Scott).

Cassie is told she has one week to take care of her unfinished business with the living or else risk being denied access to the pearly gates. Cassie has no choice but to take advantage of her second chance to mend fences with her best friend and her parents before her time is up.

Bright Spots: Criminally underrated Justice is a ray of positivity and charisma in the role of Cassie. A stylish but self-absorbed individual, Cassie grows into a woman with a good heart and proper perspective on life. The idea is clichéd, but Justice brings a personality and comedic timing that makes the tired idea work.

Justice’s chemistry with Netflix star Francis gives the film an emotional bond that grips audiences with the ups and downs of their story. The pair starts off on a good night but the differences in their introverted and extroverted personalities clash, causing a huge breakup right before Cassie’s death. Cassie returns to help Lisa live life the way she hasn’t been able to since her death.

The film tackles the issue of loss and the effects of grief. Cassie spends her time trying to pull her father out of a deep depression while working on forgiving her estranged mother and stepsister. The message is about not leaving things to regret, and the film delivers it in a way that is fun and not depressing.

Weak Spots: The worst thing about the film is its Hallmark-quality cheesiness. Screenwriter Carrie Freedle brings her style of writing right from the Hallmark Channel. Justice carries the comedic tone of the film, but she doesn’t feel like the Paris Hilton party animal the film wants her to be. The biggest flaw of the story is that so much time is spent developing other characters there isn’t enough time spent on Cassie. An extra bit of time in the first act to establish a deeper connection with her character would have been wonderful.

The Takeaway: “Afterlife of the Party” isn’t exactly a must-see film, but for a platform like Netflix, which resets the bar for mediocrity, it is a blessing to have a modestly entertaining comedy with an overall grounded and positive message.

See or Skip: “Afterlife of the Party” stands out and is a true form of family entertainment that is rare not only for Netflix but movies in general.

«Previous Post
Nigeria’s Movie Industry Grows But Still Plagued By Piracy »Next Post
Popcorn With Zenger: ‘The Card Counter’ Is A Mesmerizing Exploration Of The Human Condition