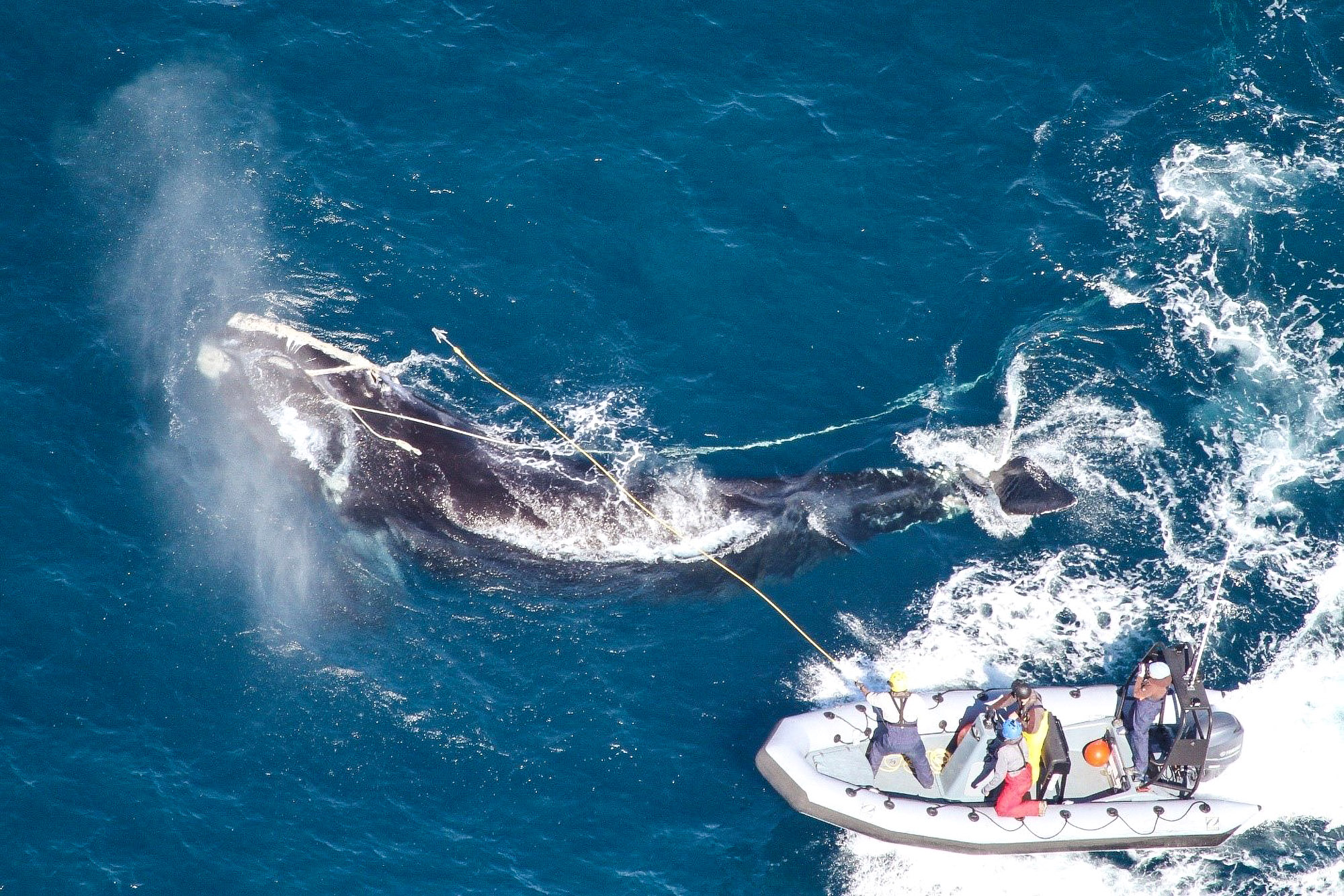 The whales have been pushed from their traditional and protected habitat in the Gulf of Maine, according to a report led by Cornell University and the University of South Carolina, published in the journal Oceanography on Aug. 31.

They will become extinct if their protection isn’t secured, according to the report.

The species has fewer than 400 individuals remaining, the National Oceanic and Atmospheric Administration (NOAA) states.

The Red List of the International Union for Conservation of Nature lists the North Atlantic right whales (Eubalaena glacialis) as among the most endangered whales in the world.

“Most of the warming in the Gulf of Maine is not coming from the atmosphere or ocean surface, as one may think,” said senior author Charles Greene, professor emeritus in Cornell’s Department of Earth and Atmospheric Sciences. “It comes from invading water on slopes hundreds of feet below sea level, forcing the right whales to abandon their traditional habitat.”

The slope of water entering the Gulf of Maine derives its heat from the Gulf Stream, which has radically changed course over the last decade.

“Due to a warming climate, the [large system of ocean currents that carry warm water from the tropics northward] is slowing down, causing the Gulf Stream to move north, injecting warmer and saltier slope water into the Gulf of Maine,” Green said.

However, the Gulf of St Lawrence lacks regulations protecting the whales from being struck by ships and entangled in fishing nets.

“Right whales continue to die each year,” said the report’s lead author, Erin Meyer-Gutbrod, assistant professor at the University of South Carolina. “Protective policies must be strengthened immediately before this species declines past the point of no-return.”