Remnants of Hurricane Ida bring death and destruction to the Northeast. 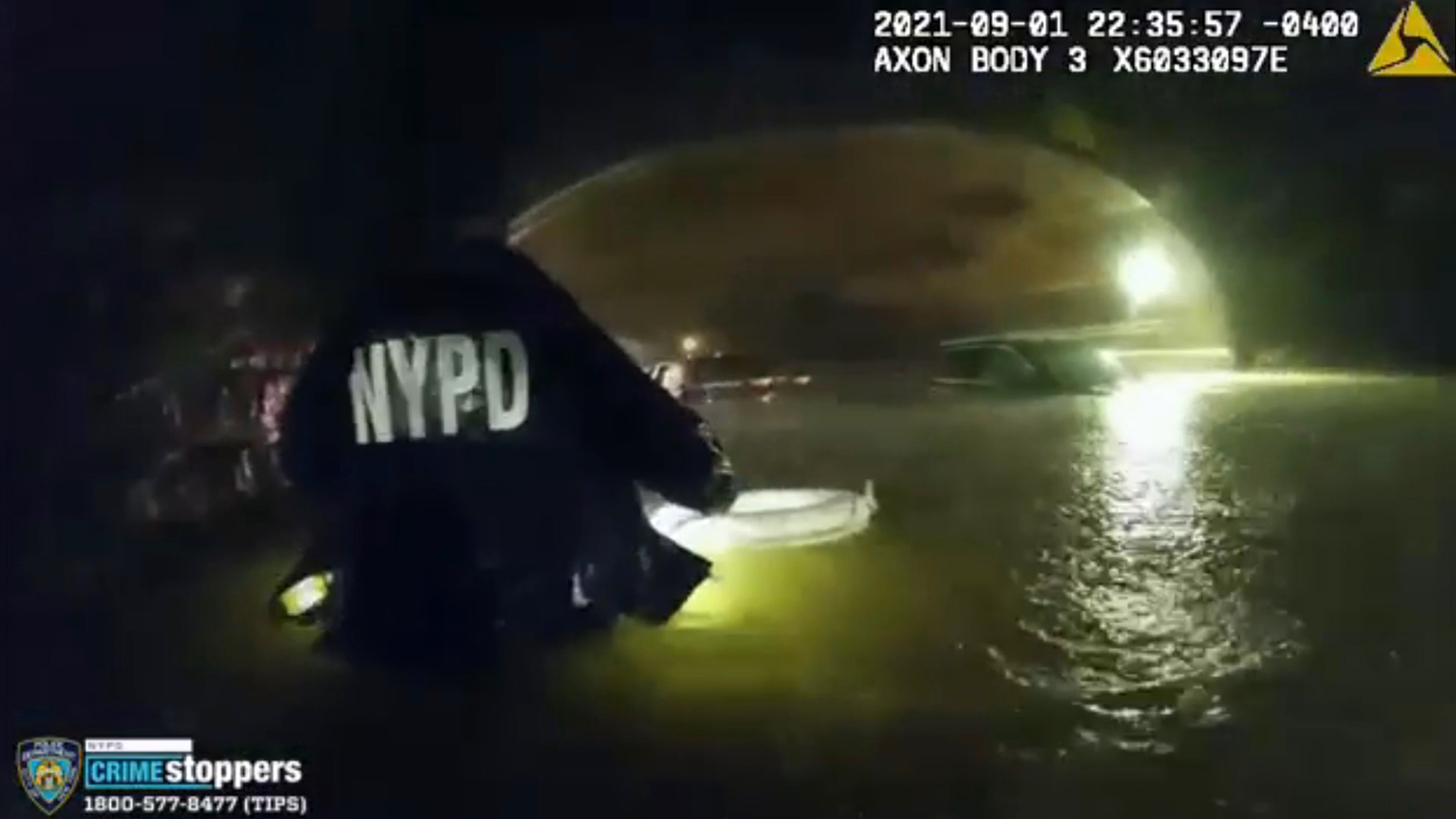 After torrential rain and unprecedented flooding in the New York City area on Wednesday night, police officers rescued a driver whose car was nearly completely submerged.

Video posted on Facebook shows officers from the Central Park Precinct wading through near-waist-deep water at the 65th Street Transverse to carry the driver to safety. The officers are identified only as Sergeant Moschetto and Officer Torres.

Dozens of people in four states, including 13 in New York City, died in flash floods from the remnants of Hurricane Ida.

Cars were washed away, subway lines filled with water and air traffic was halted. Days earlier, on Aug. 29, the hurricane caused major damage as it swept through Louisiana before heading up the East Coast, wreaking havoc in New York, New Jersey, Pennsylvania and Connecticut.

New York City Mayor Bill de Blasio declared a state of emergency and posted on Twitter on Sept. 1: “We’re enduring an historic weather event tonight with record-breaking rain across the city, brutal flooding and dangerous conditions on our roads.”

President Joesph R. Biden Jr., speaking from the White House, said: “These extreme storms, and the climate crisis, are here.”

Authorities are still assessing the extent of the damage and counting the victims, who so ar range in age from 2 to 86, according to police.

Earlier this summer, floods devastated other areas of the world, including parts of Italy, France, Spain, Germany, Turkey and Russia. Wildfires also raged — or continue to burn — in California, France, Greece, Turkey and other countries, threatening wildlife and destroying people’s homes.

“Climate change is already affecting every region on Earth, in multiple ways. The changes we experience will increase with additional warming,” said Panmao Zhai, co-chair of the United Nations Intergovernmental Panel on Climate Change working group, which produced a report in early August.

“The evidence is irrefutable: greenhouse gas emissions are choking our planet and placing millions of people in danger. Global heating is affecting every region on Earth, with many of the changes becoming irreversible. We must act decisively now to avert a climate catastrophe,” said Secretary-General of the U.N. Antonio Guterres.