Pancho Mansfield brings the second version of the detective game to the screen; the first was a 1985 film. 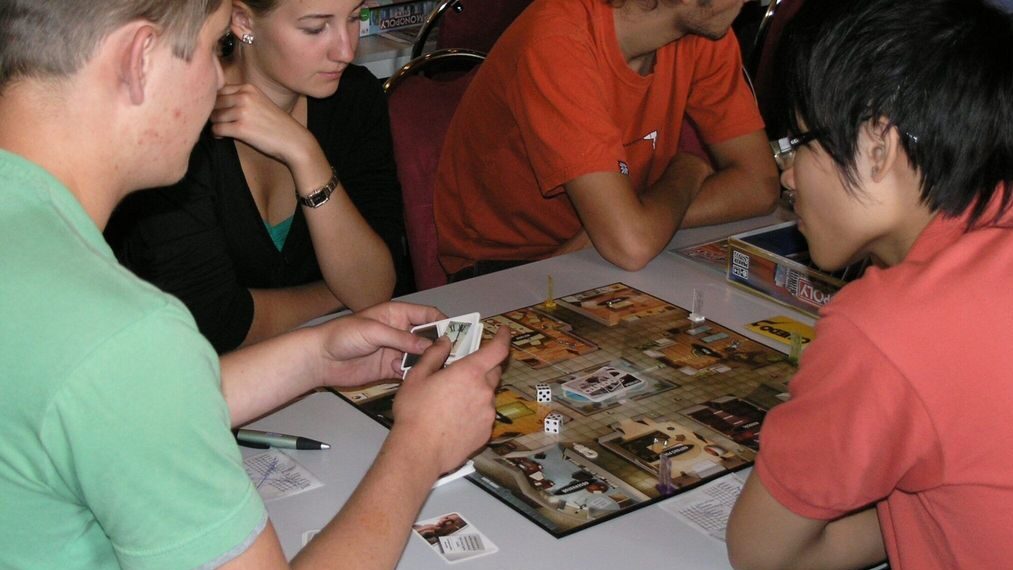 “Clue” was first released in the UK in 1949. (Matěj Dědek Baťha/Wikimedia Commons)

Decades after the beloved movie adaptation with a stellar cast, the popular board game “Clue” is getting the animated-series treatment.

Pancho Mansfield, eOne’s president of global scripted programming and executive producer of the pilot for Netflix’s hit series “Queen of the South,” announced his company is developing the series, based on the classic murder mystery game for Fox Entertainment.

“Clue” was launched first in the United Kingdom in the 1940s. It is now owned and published by the American game and toy company Hasbro.

More than 150 million games have been reportedly sold worldwide. The board game has produced various editions globally in its 70-year history, including eight North American versions, as well as and versions in Spanish and Portuguese.

For the development and production of the new series, eOne and Fox have joined Hasbro’s content studio and Bento Box Entertainment, with the latter also serving as the animation studio.

“We’re thrilled to team up once again with our great partners at Fox and Bento Box on this exciting new series,” stated Mansfield. “Clue is an iconic whodunit property that exudes mystery and intrigue and has fans all over the world. We can’t wait to share our reimagined animated version with audiences.”

In addition to “Queen of the South,” Mansfield has worked as an executive producer on the A&E television horror series “Demien” and the Spike physical-reality game show “Pros vs. Joes.” He is also credited as an executive in a long list of projects, including the TV series “Sirens,” “The Glades,” “Lights Out,” “Blade: The Series,” “Queer as Folk” and “Resurrection Blvd.”

“‘Colonel Mustard, in the Conservatory, with the lead pipe.’ By just hearing these colorful phrases, you immediately know what they mean — leaving no mystery as to why ‘Clue’ is one of the most beloved board games-turned-IP of all time,” said Michael Thorn, the president of entertainment of Fox Entertainment. “We couldn’t be more excited to develop it as an animated series along with eOne and Bento Box.”

On the big screen

Launched under the name “Murder!” in 1949, “Clue” was the creation of Englishman Anthony E. Pratt, who invented it during World War II to pass the time during lengthy air raid drills. In the game, players try to solve the murder of Mr. Boddy, the host of the game’s dinner party.

Players must untangle clues to determine who is guilty of the crime among the party’s six guests — Professor Plum, Colonel Mustard, Miss Scarlett, Mrs. Peacock, Mr. Green and Dr. Orchid. There are 324 different plots for players to solve. Over 30 countries sell the Hasbro board game.