Sands Expensive: Tourists Can Be Fined $3,500 For Stealing Sand From Sardinia Beach 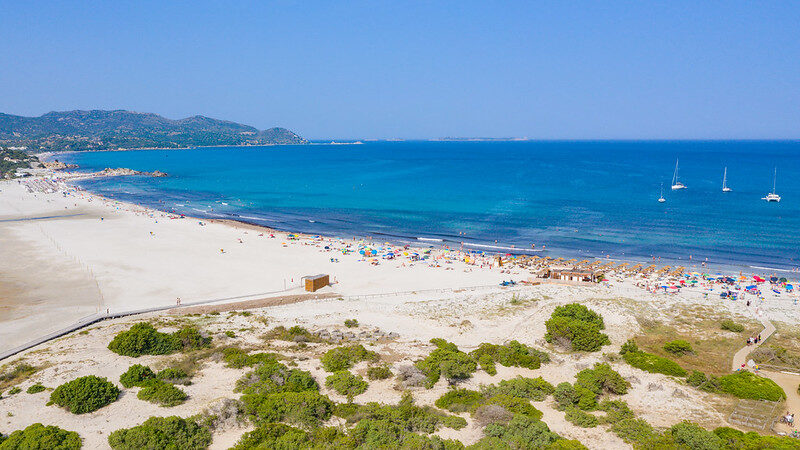 Tourists can be fined for taking sand from the pristine beaches of Sardinia, Italy. (dronepicr/Flickr)

Grab a handful of sand from the stunning beaches of Sardinia and expect to pay dearly for what seems like a harmless souvenir.

Anyone caught stealing sand from its picturesque beaches will be fined up to $3,500, Italian authorities said after a series of cases this summer.

They include the attempted theft of 4 tons of sand and hundreds of shells.

Also, small amounts of sand hidden in plastic bottles and bags as a vacation souvenir have been confiscated from the.luggage of dozens of tourists, the authorities said.

In addition, several tourists have been caught stealing pebbles, stones and shells, which is also prohibited.

Tourists from around the world visit the island of Sardinia, drawn to its pristine beaches, mountains, food and warm Mediterranean waters.

The Italian Customs and Monopolies Agency on Aug. 27 cited a case in which “large quantities of sand, pebbles and shells were found in the possession of some departing passengers from the ‘Riviera del Corallo’ airport in Sardinia.”

Along with members of the financial police, customs agents seized the items before the passengers could leave the country with them.

The officials said they acquired, in total, 9,038 pounds of sand in plastic bottles, 476 sea pebbles and 256 shells. All the “souvenirs” were illegally taken from beaches, including Aruttas, Porto beach Palmas, Lido di Alghero, Gabbiani and Porto Alabe beach (Bosa) across the island.