The government promised 10 million radio and TVs for learning activities during the pandemic, but hasn’t delivered a set. 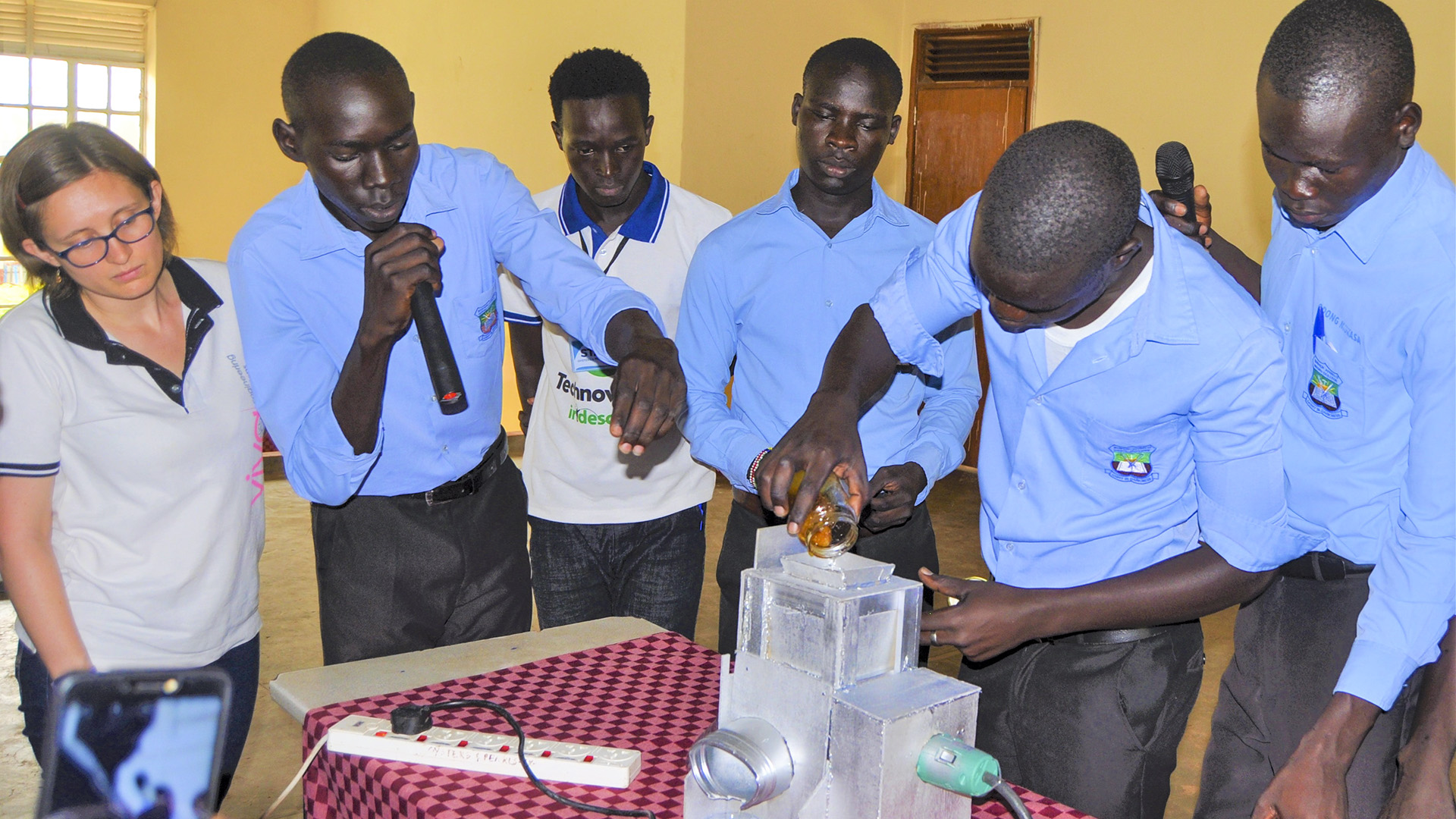 GULU, Uganda — When Uganda closed schools in March 2020 to curb the spread of the Covid-19, the National Curriculum Development Centre, developed audiovisual and print materials to be distributed to students to facilitate the continuity of learning activities.

However, this sparked a national uproar because the travel restrictions and lack of funds to deliver the materials meant many learners couldn’t access them.

“I received very few copies of the self-study materials, yet the number of students in my area is overwhelming,” Moses Abonga, the Laroo division Chairperson in Gulu, told Zenger News.

“I did not have the means to deliver them to the beneficiaries.”

By mid-May 2020, enthusiastic parents who had embraced the initiative were disappointed that the Education Ministry had not yet identified the radio and television stations to broadcast classes.

At the time, they relied on the state-owned Uganda Broadcasting Corporation, but many rural households do not own or have access to radio and television sets.

“Only learners in urban areas have the privilege to access the digital platform and self-study materials, but what about children in rural areas who don’t have the exposure?” Osborn Geoffrey Oceng, a central government representative in the Amuru district and a former teacher, told Zenger News.

“Half of the total number of learners—some 826 million students—kept out of the classroom by the Covid-19 pandemic, do not have access to a household computer and 43 percent [706 million] have no internet at home, at a time when digitally-based distance learning is used to ensure educational continuity in the vast majority of countries,” it said.

The study said many countries, especially those in the developing world, such as Uganda, found television and radio a good alternative where online learning is not possible.

However, Lyandro Komakech, a senior researcher and advocacy officer at the Refugee Law Project, said the program’s rollout in Uganda was hastily implemented and not well-thought-out.

“The approach is further widening the already existing social inequality class in the country, meaning children of the rich can benefit from the initiative to the disadvantage of the poor,” Komakech, a former teacher and Gulu Municipality Member of Parliament, told Zenger News.

However, the Ministry of Education defended the program.

“What the Ministry was doing at the time was an emergency response action, and several things were being tried for the first time,” Patrick Muinda, the Ministry’s spokesperson, told Zenger News.

“We need to conduct lessons on the radio and television which government can purchase and distribute to households to enable the children to continue to study.”

Museveni said the government would procure 10 million radio and 137,466 solar-powered television sets to facilitate virtual lessons instead of canceling the whole academic year.

However, the proposal stalled until October 2020, when the government presented a supplementary budget of Sh336.8 billion [$3.09 million] to Parliament to purchase the radio and television sets.

But the lawmakers declined to approve the request, claiming exaggeration of the figures.

Between October 2020 and March 2021, the government relaxed the lockdown, thus allowing Primary Seven, Senior Four, Senior Six, and finalist candidates in universities and tertiary institutions to complete their education cycle.

Later, between April and June 2021, other lower classes, including Primary Six, Senior Three, Senior Five, and other students in higher learning institutions, resumed their studies in phases.

However, due to the second pandemic wave that rocked the country in June, the government re-imposed another nationwide lockdown and closed schools.

The Ministry Education resumed implementing radio lessons, targeting Primary Four and Five learners, but without evaluating the effectiveness of the classes during the first lockdown.

The Ministry issued a circular indicating they will air 25-minute pre-recorded lessons three times a week across 15 selected radio stations across the country.

For instance, in Northern Uganda, the radio lessons are being aired on Tembo 103.5 Fm in Kitgum Municipality, covering four Lamwo, Agago, and Pader districts.

“There are over 20 radio stations in this region with different audiences, but the Ministry selected only two of them for the long-stance learning,” Vincent Oceng Oceng, the Omoro district education officer, told Zenger News.

“The radio signals don’t reach the vast number of learners in remote areas.”

Oceng’s counterpart in Nwoya district, George Butele, said it is hard to evaluate learners’ performance through the radio.

“Many families are poor and cannot afford to load [mobile phone] airtime for their children to call the radio stations to seek clarifications.”

Christopher Ocan, the Amuru district inspector of schools, said out of 138 homesteads they visited on a recent fact-finding mission, only 28 have radios.

“This reveals that most learners miss out on radio lessons,” he told Zenger News.

Local leaders also say that most parents are not sensitized about the radio lessons and often keep children occupied with gardening, grazing animals, or home chores, limiting them from studying.

“If the President had delivered on his promise to provide radio sets to families, perhaps more learners could have benefited from the initiative,” Walter Tootika, a councilor in Omel sub-county in Gulu district, told Zenger News.

Ismail Mulindwa, the director of Basic Education at the Ministry of Education, blamed MPs for sabotaging the radio program.

“The main reason why the government failed to procure radios is that MPs refused to approve the budget to purchase them,” Mulindwa told Zenger News.

However, other critics said the government’s approach was wrong from the beginning.

“The government never involved us at the initial planning phase for the effective use of radio and television-based distance-learning, which rendered the initiative shambolic,” Robinson Obwot, an inspector of schools in Gulu City, told Zenger News.