Archeologists uncover remains of a thriving residential and commercial suburb of the ancient city of Alexandria. 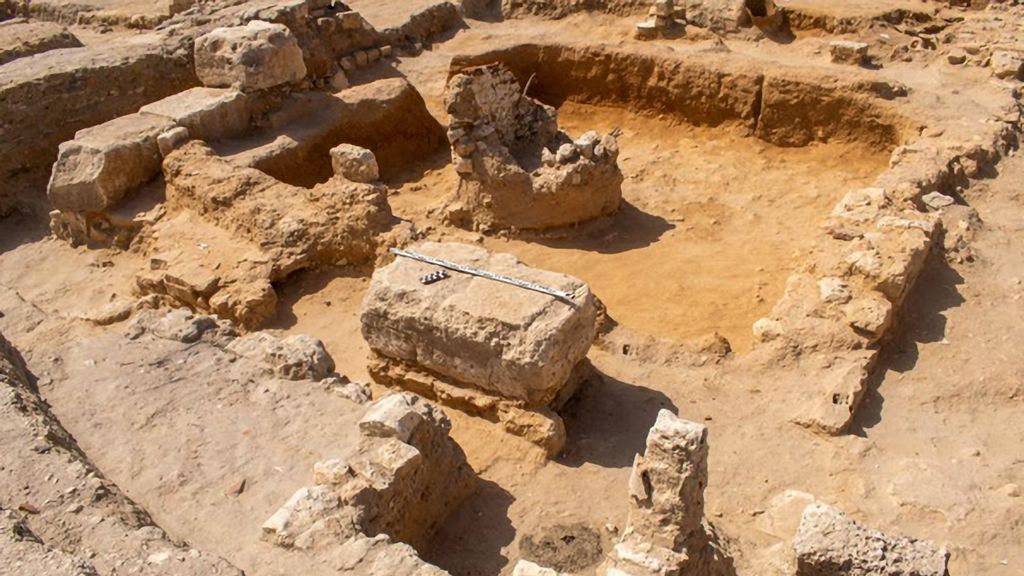 Remains of a residential and commercial suburb dating to the Graeco-Roman era were discovered in Alexandria, Egypt.  (Egyptian Ministry of Tourism and Antiquities/Zenger)

Archeologists have discovered remains of a Greco-Roman town in Egypt, with artifacts that reveal a thriving trade and residential center in the second century B.C.

The remains were discovered in the Shatby neighborhood of Alexandria on the Mediterranean coast, a crossing point for traders and travelers some 2,300 years ago.

The community, in use between the second and fourth centuries B.C., had a main street and secondary streets perpendicular to it, all linked to a sewage network, said Mostafa Waziri, secretary-general of the Supreme Council of Antiquities of Egypt.

Archaeologists also found more than 40 wells and cisterns that stored rainwater, and clay jars used to carry the water to homes.

“[A] number of pottery vessels, lamps and some statues were found, which indicates the population density of this suburb,” said Ayman Ashmawy, head of the Egyptian Antiquities Sector at the council.

Researchers also found storehouses that held merchants’ imported goods, which had to be assessed for taxes, and inns where travelers stayed while waiting for permits to enter the capital city.

Remains of nearly 700 coins, large and small jars, good luck charms, metal works, dishes and utensils also shed light on life inside and outside the ancient community, the Egyptian mission from the Alexandria archaeological area said in a statement.

Archaelogists on the site of the dig found tools for fishing and hunting, and the remains of statues of gods, warriors and emperors.

Some of the statues, they said, were likely designed to protect the warriors. One was a likeness of Alexander the Great, the legendary conqueror and king of the ancient Greek kingdom of Macedon, who named the city of Alexandria after himself.

A market was found with a workshop, where the statues and fishing instruments were made, said Khaled Abu-Hamad, director-general of antiquities of Alexandria.

Mustafa said the discoveries show that the city was bustling with activity and incoming trade. There was, for instance, a place where people could buy and sell the types of offerings and lamps typically presented to the deceased in their tombs in the eastern cemetery.

Nadia Khader, head of the Central Department of Antiquities of Lower Egypt, said the mission also found the remains of a cabin with a basin that may have been dedicated to Athena, the goddess of war, or to Demeter, goddess of the harvest.

A room next to the cabin had small ovens for cooking and burning sacrifices, Khader said. It also contained remains of pottery jars and small urns for storing grain.